Oddly enough, writer/director Jim Jarmusch’s name is one that has yet to come up on this site. Over the course of his nearly 40 year career, Jarmusch has certainly carved out and solidified his spot in independent filmmaking. His deliberately paced minimalist style mixed with deadpan comedy has long been his schtick and, for the most part, has proven to be successful among fans of his work. Now, in 2019, Jarmusch brings his signature flair to a traditional zombie affair in The Dead Don’t Die.

One thing that Jarmusch can always be praised for is originality. Although his work is often set in familiar places, he’s always able to absorb you into the worlds that he creates. The environments are simple but effective. In Down By Law, it’s a jail cell while Night on Earth keeps viewers stuck within the confines of a taxi cab. Though, what really draws you into Jarmusch’s films is his character work. He’s a filmmaker who frequently collaborates with some of the same actors but there’s also no restriction on who may show up in his films either. As you can probably guess, The Dead Don’t Die is a proponent of all things Jarmusch.

The film opens with two Centerville police officers, Chief Cliff Robertson (Bill Murray) and Ronnie Peterson (Adam Driver), paying old Hermit Bob (Tom Waits) a visit after Bob is accused of stealing Farmer Frank Miller’s (Steve Buscemi) chicken. It’s here that Cliff and Ronnie notice that it’s quite sunny out for being 8PM. In addition, Ronnie’s watch and cell phone have stopped working. Other characters are introduced going about their mundane lives visiting a local diner, working at a gas station, and watching television at a juvenile detention center. Each character hears reports of polar fracking disrupting the Earth’s rotation. Soon, a pair of reanimated corpses (Iggy Pop and Sara Driver) claw their way out of their graves and attack some of the locals. Cliff and Ronnie investigate with Ronnie suggesting a zombie attack as the cause of death despite little evidence. From here, the citizens of Centerville deal with the impending zombie apocalypse in their own distinct ways.

When it comes to the plot, there’s very little to say. It doesn’t take long for Adam Driver’s Ronnie to jump to the conclusion that zombies have come back from the dead and most of the other characters buy into this mindset as well. Like a lot of Jarmusch’s work, the plot isn’t necessarily the most important. Frankly, it’s kind of refreshing to see Jarmusch’s take as every other zombie movie/show acts as if zombies don’t exist in any context. For instance, in something like The Walking Dead, the zombies are referred to as anything but zombies. Do films like Night of the Living Dead not exist in that world? Well, they certainly do in Jarmusch’s as many films are paid homage and/or directly referenced by characters. In this world, when someone sees that people were killed and feasted upon, the only logical conclusion is zombies. 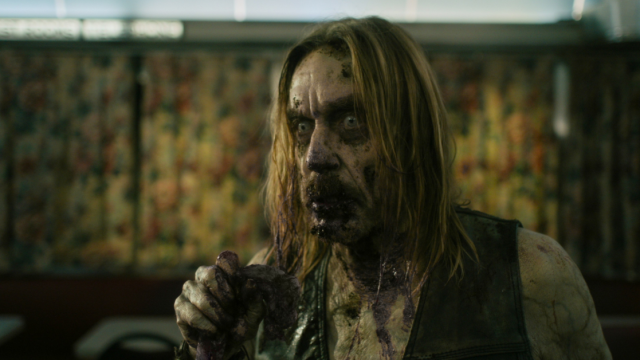 As is often the case with Jarmusch, there’s a pretty large cast assembled for The Dead Don’t Die. Many of the cast members have also collaborated with Jarmusch in the past including all of the aforementioned actors. Tilda Swinton also returns to work with Jarmusch and even RZA from Wu-Tang Clan makes an appearance as a Wu-PS driver. Indie favorite Chloë Sevigny shines in a Judith O’Dea type of role from Night of the Living Dead as Mindy Morrison, a dispatch officer tagging along with Murray and Driver’s characters. Perhaps the strangest casting is that of Selena Gomez. However, as can be seen in this film with its inclusion of Tom Waits, Iggy Pop, and RZA, Jarmusch never shies away from using musicians and, again, there’s no restriction on who may be cast in one of his films.

With such a large cast of characters, there can often be the issue of having too much going on. That’s never the case here as the cast really helps to embody the small town feel that Jarmusch is going for. It’s already implied that everyone in Centerville knows each other and you don’t necessarily need to have them share the screen to understand a connection between inhabitants. Murray, Driver, and Sevigny are the stars throughout The Dead Don’t Die but they’re mainly used to continuously move the story along. Literally everyone gets a chance to entertain through dry humor, stilted reactions to the strange occurrences around them, and, in some cases, death scenes.

The humor, though, is really what makes the characters tick. As is the case with Jarmusch, his work isn’t for everybody. Yet, in this film, there’s a dreary playfulness to the humor that’s just so damn entertaining. For example, the scene in which the police discover two dead bodies sees Cliff, Ronnie, and Mindy taking turns seeing the horror for themselves. Each reaction is increasingly funnier even though they’re all somewhat similar. It’s hard to explain what exactly is amusing about it but that’s the overall charm of Jim Jarmusch. 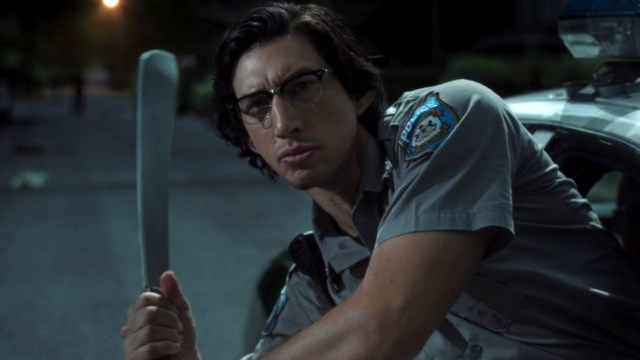 That being said, The Dead Don’t Die definitely isn’t Jarmusch’s best film. There are some very strange choices made in some of the subplots. The most jarring is the story of Tilda Swinton’s Zelda Winston which simply doesn’t have a place in this film. Also, there’s a subplot containing three kids at a juvenile detention center that doesn’t have any payoff. It’s not uninteresting or bad but, without a payoff, what was the point of including these scenes? There’s also a surprising lack of subtlety as a relevant connection is made in similar fashion to George A. Romero’s Dawn of the Dead. Like Dawn of the Dead, Jarmusch insinuates that consumer culture turns people into zombies. It’s an easily understandable concept but, instead of keeping the idea subtle, Jarmusch has his zombies actually say the names of products to connect the dots for viewers. Again, the concept is pretty obvious so it’s strange that he felt the need to make his intention more explicit. There’s also a discussion about characters knowing that they’re in a movie which doesn’t seem to be fully realized either.

Even though The Dead Don’t Die takes a few missteps in its storytelling, at least it tries to do something different with the zombie subgenre of horror. Also, just because it has issues doesn’t mean that it’s not an enjoyable film. It’s actually extremely enjoyable. The character work, performances, and deadpan humor are spot on throughout the film. There’s almost always something that you’ll find yourself snickering at if you’re a fan of Jarmusch’s brand of filmmaking. While it’s not quite up to par with some of the filmmaker’s better work like Broken Flowers and Paterson, fans will find things to like about The Dead Don’t Die. If absolutely nothing else, it’s far better than any other recent take on zombies.