In most cases, the main focus of a film is on the plot. When you’re reading the back cover of a DVD or Blu-ray or you’re perusing plot descriptions on Netflix, you’re usually looking for something interesting to watch. Sometimes, though, you simply have to just go along for the ride that a filmmaker and his/her characters take you on without knowing anything. In this regard, Matthew Mahler’s short film, What Jack Built, does just that.

The film stars Timothy J. Cox as a man assumed to be the titular Jack. Down in his cellar, he looks over some blueprints before scouring through his junk as he looks to build… something. Most film’s runtime sees Jack chain smoking, using power tools, and assembling his contraption. The process of building is the focus moreso than the actual function.

For the most part, that’s all there is to What Jack Built. Don’t get the wrong idea, though. It’s definitely not a bad thing. With very little diegetic sound, the focus of the film is strictly on the actions of its main character. Jack approaches his task with a crazed, yet deliberate, demeanor. He knows exactly what he’s looking for even if we as viewers don’t. The majority of items that he pulls from his cluttered cellar look like things that you’d pull out of a dumpster. Even the wood he uses looks like something he found due as opposed to bought in terms of its condition. In his mind, the items are exactly what Jack is looking for to complete his project. 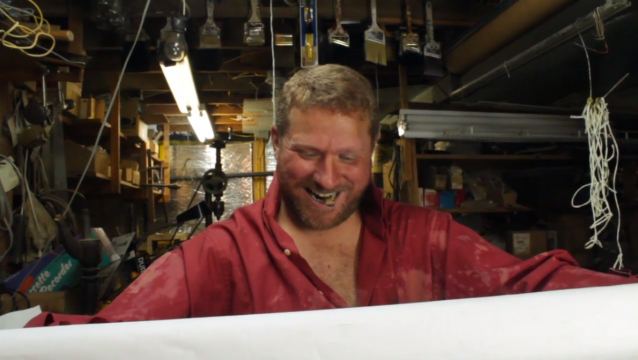 As previously mentioned, the star of What Jack Built is Timothy J. Cox and he commands the screen here. As the only actor in the film, everything rests on his shoulders to move the plot. Cox also doesn’t have any speaking lines so his actions tell the story. The entire time you’re watching his character, you legitimately wonder what he is, in fact, building. His performance features an ebb and flow of emotions/reactions that go from manic and studious to delight and shock. While the story was written by Matthew and Ross Mahler, Cox brings it to life onscreen.

As with directing and co-writing, Matthew Mahler also handles the wonderful music in What Jack Built. Like the character of Jack himself, the music takes many different approaches throughout the film. For being just over 11 minutes, the music changes quite frequently but, like Cox’s performance, it just works. It’ll go from something like a Sega Genesis video game theme to a synthesizer-laden 80’s horror film sound in a matter of moments. Then, a damning, yet angelic, choir can be heard shortly thereafter. There’s just so much going with the music but all of it is excellent and matches the frenzied pacing and style of the film. It feels homemade and very retro and it fits perfectly with the action. 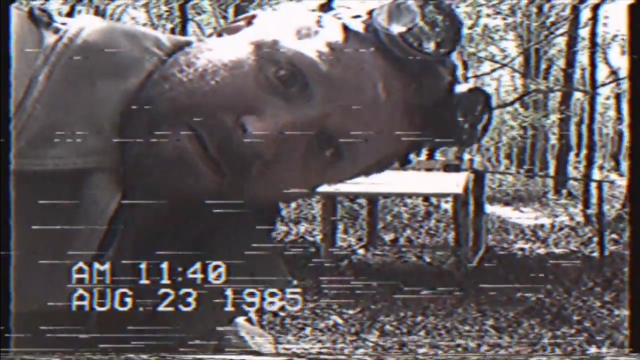 Perhaps the one flaw of the film is that it leaves you wanting a little bit more. There’s so much buildup as to what Jack is building and you can’t turn away from Cox’s performance. Yet, the payoff is slightly underwhelming and, after the time invested in watching him build, you expect satisfaction. That’s not to say that the ending of the film is bad by any means. It’s just not quite what you expect. It may be that Jack is so giddy about his project that you badly want to know what has made him this way. Alas, you may be left with questions and a tad let down.

Regardless of the film’s conclusion, What Jack Built is still a lot of fun to watch. Again, Timothy J. Cox as the title character makes this film. With no dialogue, the story is told entirely through action and succeeds. The retro score does wonders to additionally convey the character’s feelings while building his contraption and sucks you in as a viewer. A film like What Jack Built shows a different level of creativity. Just like with Jack’s cellar, the shots and music are cluttered throughout the film’s runtime. Somehow, though, they’re perfectly managed and provide an eccentric and, most of all, entertaining experience.

What Jack Built from Matthew Mahler on Vimeo.