A few days ago, we discussed Kevin Smith, his status as a polarizing filmmaker, and a sequel to one of his films being released over a decade after its predecessor. Consider this déjà vu because we’re about to do the same with  filmmaker/musician Rob Zombie. Though, he’s polarizing in other ways than Kevin Smith is. Zombie has kept his roots firmly in the horror genre with titles like Halloween, The Lords of Salem, and 31. Obviously, there are many fans of his work both in cinema and in music. Yet, Rob Zombie is a guy who can’t seem to get out of his own way most of the time. His technical skills tend to be more advanced but he lacks the wit and charm of a filmmaker like Smith. Zombie’s biggest issue has always been telling a cohesive and compelling story. Luckily, though, he manages to cobble one together with the release of his newest film, 3 From Hell.

On one hand, it’s surprising that the writer/director was able to wash away the stink from his previous effort, the loathsome 31, but on another, it’s not. This new film returns Zombie to familiar territory with the Firefly family made famous in 2003’s House of 1000 Corpses. While that film was essentially an homage to The Texas Chain Saw Massacre, its 2005 follow-up, The Devil’s Rejects, is wholly original and Zombie’s best work to date. In fact, it’s the one film that most viewers can agree on as a legitimately good horror film. It has long been a question for fans of Zombie and the Firefly family of if and when there’d be a sequel to Rejects. It’s kind of a strange question considering the relatively definitive ending of the 2005 film. Yet, here we are fourteen years later and an official sequel is out on the market.

3 From Hell opens with grainy news footage of the bloody fallout from the final stand by the Firefly family at the end of The Devil’s Rejects. Despite Otis B. Driftwood (Bill Moseley), Baby Firefly (Sheri Moon Zombie), and Captain Spaulding (Sid Haig) being littered with bullets by local law enforcement, they miraculously survive. The three await trial and sentencing for their heinous crimes. While working on a chain gang, Otis is saved by his half-brother, Winslow Foxworth Coltrane AKA Foxy (Richard Brake), and escapes custody. Baby’s mental state deteriorates during her incarceration as she becomes more childlike, yet sadistic. Soon, Otis and Foxy plan her escape by taking the warden, Virgil Dallas Harper (Jeff Daniel Phillips), and others hostage. After springing Baby, the three take off for Mexico but are unaware of a new enemy on the lookout for them there.

The first thing viewers should know going into 3 From Hell is that this is a much different film than Zombie had originally intended. All of this has to do with Sid Haig’s Captain Spaulding. Arguably the face of Zombie’s Devil’s Rejects trilogy, 80 year old Haig fell into poor health after the film was green-lit but before shooting began. Due to this, the script needed to be rewritten and cut down to lessen Haig’s workload. The revised script still was too much for the ill actor and his character only ended up in the final film for one major scene. Sadly, Sid Haig passed away on September 21st from cardiac arrest, respiratory failure, aspergillus pneumonia, a bowel obstruction, and chronic obstructive pulmonary disease. 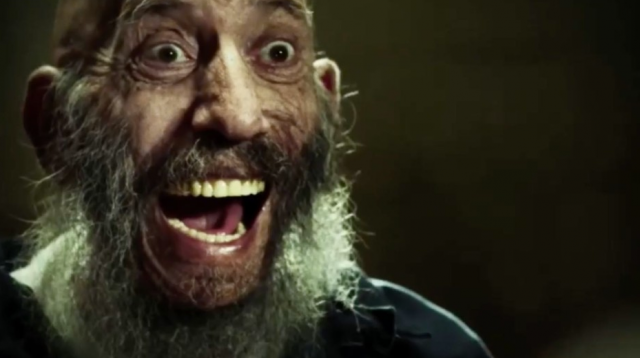 That being said, the film does feel somewhat hollow at times. Though, it’s hard to specifically fault Zombie and company for that due to the last minute loss of such major character. The first act of the film featuring the news footage is really well done. While it seems implausible that Spaulding, Otis, and Baby would survive the shootout at the end of The Devil’s Rejects, these early scenes do a convincing job bringing them back. In horror, many iconic villains have died countless times. It’s just something you sweep under the rug. Though, it’s not until later in the film where you start to feel like there isn’t really a story throughout 3 From Hell. There’s no real progression from one event to the next. Otis breaks out, him and Foxy break Baby out, and then they go to Mexico. That’s basically all that happens throughout the film. Yes, there’s a main antagonist to the group who has an actual connection. However, their issue lacks weight and complexity. The overall plot isn’t necessarily bad but it feels like there could be more.

Luckily, the characters more than make up for the plot’s shortcomings. It’s no surprise that House of 1000 Corpses and The Devil’s Rejects have largely been Zombie’s most successful films in the long term. This has to do with the excellent cast of characters he created in the Firefly family. Though all of the characters are despicable in their own ways, there’s something about them that keep fans drawn into their madness. As the honorary third member of the three, Richard Brake does his absolute best as newcomer Foxy. Surprisingly, he fills in quite admirably for Sid Haig too. Brake is quite an underrated actor and, as a Zombie alum, has often been given some detestable roles. Most specifically, he played a horribly written paramedic in Zombie’s Halloween II and the excessive Doom-Head in 31. For 3 From Hell, Brake’s Foxy is still a bad person but strangely likable and a good intermediary for Otis and Baby. It’s sad that the film couldn’t have more Captain Spaulding but Foxy is a shockingly fair trade.

What’s also great about 3 From Hell is that the other characters have actually shown growth in between sequels. Bill Moseley as Otis feels less like a loose cannon character as he’s older and wiser since the events of Rejects. Also, Otis feels as if he has taken on the surrogate father role with the loss of Haig’s Captain Spaulding. Sheri Moon Zombie’s Baby is an absolute mess following her near death and incarceration. This is in a good way though. She probably suffered the most emotional damage at the hands of Sheriff Wydell in the last film and it makes sense that her mental state would worsen here. Baby is unpredictable and bloodthirsty upon her escape and Sheri Moon Zombie puts in one of her best performances to date. 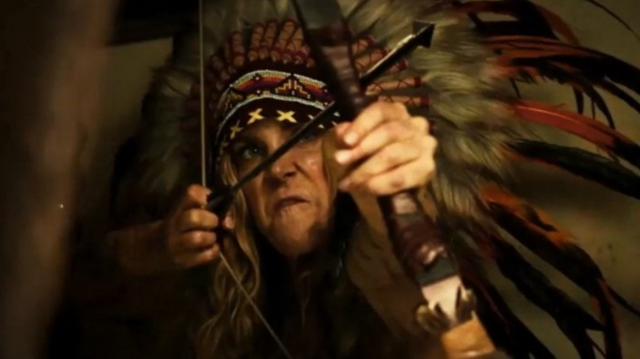 While the three main characters are certainly the main draw for the film, Rob Zombie has actually shown some amazing growth as a filmmaker with 3 From Hell. As horribly written as his last film, 31, was, Zombie scales way back on this new one. There’s your typical blood and nudity that you get from Zombie films but everything about 3 From Hell feels less exploitative than Zombie’s other work. In other films, it feels like he wants to make his audience as uncomfortable as possible in the worst ways but that’s not the case here. Everything actually has meaning and substance behind it. As always, Zombie’s eye for detail and exhilarating shots is on full display. Simply put, 3 From Hell looks amazing. It’s gritty, nasty, and a lot of fun to look at. His incorporation of the news footage, slow motion, and still frame work fits the style and aesthetic of the film. Zombie’s affection for grindhouse and pulp imagery works with the tone of his films and, with this film, never feels excessive. A Rob Zombie film not feeling excessive is a triumph in its own right.

Even with early production woes, 3 From Hell comes across as a very good follow-up to The Devil’s Rejects. Its nearly two hour runtime flies by mostly due to the fact that it’s great to see these characters again. There are some sickly funny moments and, if you’re a fan of House of 1000 Corpses or The Devil’s Rejects, you’ll know what these are. It’s true that the film does suffer a bit from the loss of Sid Haig but there’s also new life breathed into it with the inclusion of Richard Brake. At this point, it’s unclear whether or not Zombie will continue the series but it could very well happen if the reception to this film is high. At worst, 3 From Hell is some interesting revisionist history on where The Devil’s Rejects could’ve gone had its characters survived. At best, the film is a long awaited welcome continuation of the murderous tale of the withering Firefly clan. Sure, many of them may be gone at this point, but as long as some still stand, no one’s safe.

*3 From Hell is available for purchase now on all physical formats as well as from video-on-demand services.*