What a time to have a Netflix account. Season 5 of House of Cards just dropped this past week and Orange is the New Black is on its way. A new docuseries, The Keepers has been generating a Making a Murderer type of buzz lately and the new season of Flaked is also available if you’re looking for a comedy. On the horizon, we have The Defenders to look forward to as well. With how much anticipation has surrounded some of these other shows, the third season of Bloodline was released on Friday, May 26th to very little fanfare.

What’s most odd about the show’s release date was that it came out four days before the new season of House of Cards. This seems like an unwise move by Netflix. While everyone was salivating over the imminent release of the political drama, no one seemed to care about Bloodline. In our wrap-up of Season 2, we heaped a good chunk of praise onto the show. It has never been perfect but the series as a whole has been entertaining and engaging. This pattern continues into its third and final season.

At the end of Season 2, there was a massive cliffhanger with the youngest Rayburn sibling, Kevin (Norbert Leo Butz), committing murder. The victim, Marco Diaz (Enrique Murciano), was a detective investigating the family for the murder of their other sibling, Danny (Ben Mendelsohn) who died in Season 1. He was also Kevin’s brother, John’s (Kyle Chandler), partner on the force and his sister, Meg’s (Linda Cardellini), ex-boyfriend. The murder of Marco is at the epicenter of all of Season 3. The family frames Danny’s friend, Eric O’Bannon (Jamie McShane) for the murder and his impending trial looms large as does the specter of Danny.

As with the previous two seasons of Bloodline, the overall theme has always been about family. The Rayburn family is a dysfunctional one but they always have each other’s backs despite their lies, deception, and hostility towards one another. They all need each other to salvage what’s left of their tainted existence. Every member of the family, including the mother, Sally (Sissy Spacek) harbor resentment and pain of their collective pasts. Season 3 has very little in terms of happiness. The three remaining Rayburn children are at their wit’s end and must do everything they can to bury the past. There’s no joy to be had as Bloodline has been a neverending downward spiral for our characters. 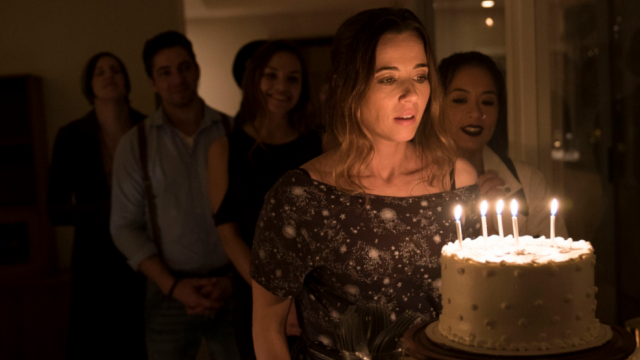 Once again, the cast is fantastic. Every Rayburn is despicable in their own way even though they try to maintain dignity throughout the show. The characters that they’ve burned in the past come back to continuously lure them down darker paths. Kevin continues to be a constant source of issue as all of his knee-jerk reactions to situations get him in even more hot water. John slowly goes mad over the course of the season with the pressure and guilt of his misdoings compounding. Meanwhile, Meg disappears halfway through the season to start a new life on her own. Season 3 is the culmination of every bad deed and the family’s subsequent dissolution. Even though they have a lot of villainous traits, you do feel for the Rayburns throughout the show. That’s not to say that they don’t deserve everything they have coming to them though.

Caught in the middle is the completely innocent Eric O’Bannon. After seeking justice for Danny, Eric negotiates with Marco to take down the Rayburns. Obviously, everything backfires on him and he ends up just another victim of the Rayburns’ path of destruction. Jamie McShane does a great job displaying Eric’s helplessness against the distinguished family. Also, his sister, Chelsea (Chloe Sevigny), who has always taken collateral damage for the other characters, suffers further through Eric’s trial. 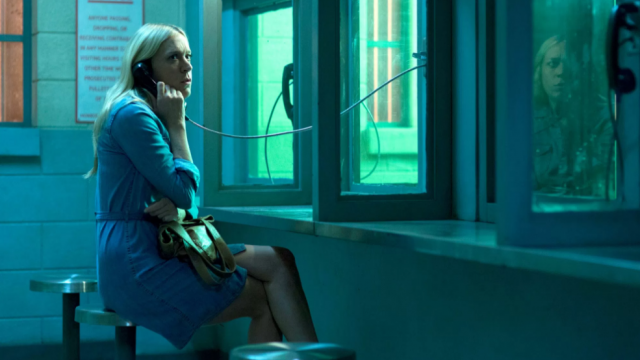 Last fall, Netflix announced the cancellation of Bloodline in a somewhat surprising move. We’ve already mentioned that Season 3 was the final season but, boy, does it feel like it. In classic TV fashion, it seems like the showrunners didn’t really know how to end it. The first half of the season leads up to Eric’s trial. At first, it seems as if the trial will consume the final episodes of the show and, somehow, the Rayburns will either get away with their crimes or the O’Bannons will take them down. In an odd move, though, the tone of the final two episodes changes drastically and the ending is a bit unsatisfying.

Bloodline has always been at its best when family was at the forefront. By shifting the focus to courtroom drama and, later, into the obscure, the ending simply feels like it was tacked on. In hindsight, it’s safe to wonder where the show could’ve gone had it not been canceled. There’s only so much you can do in a show where the crime is already murder. It’s not like it could continue with different members of the family killing new people every season. It had to end somehow. Thankfully, Bloodline, in its entirety, is a satisfying experience. There are a few negatives but it does keep you hooked for the majority of its duration. After you get your fill of House of Cards and Orange is the New Black, take a shot on Bloodline. It’s worth the time.