With the multitude of films that are released every year, sometimes one just falls through the cracks. Today, we’re reviewing Richard Linklater’s A Scanner Darkly just in case you missed it…

If you’re at all familiar with Richard Linklater’s directorial work, then it should be obvious that he almost always puts a unique technical or emotional spin on his films. He was responsible for everyone’s favorite 1970’s high school throwback movie (Dazed and Confused), a trilogy of romantic dramas based on one of his life experiences (Before Sunrise, Before Sunset, and Before Midnight), and a 12 year long coming-of-age epic (Boyhood). Somewhere in between all of these films, Linklater took the time to adapt a science fiction novel from Philip K. Dick.

Like many of his other works, Linklater’s unconventional methods carried over to 2006’s A Scanner Darkly. The movie was shot in live action and subsequently traced over and animated in post production; a process called rotoscoping. Linklater, the first director to rotoscope an entire feature film, used the technique previously on his 2001 film, Waking Life, as well.

A Scanner Darkly is set “seven years in the future” with the plot focusing on Bob Arctor, played by Keanu Reeves. Arctor is an undercover cop who becomes addicted to drug-of-the-future, Substance D. Due to the usage of “scramble suits” which hide the identity of undercover officers, Arctor is assigned to monitor himself as a potential drug dealing threat. He has two roommates, James Barris and Ernie Luckman played by Robert Downey Jr. and Woody Harrelson respectively, a girlfriend, Donna (Winona Ryder), and paranoia stricken friend, Charles Freck (Rory Cochrane), all of whom are Substance D abusers. 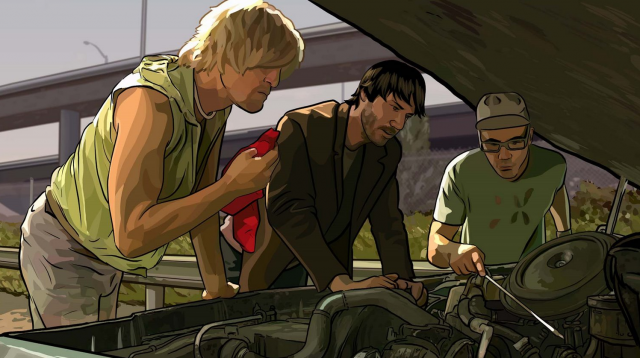 Most of the film is spent watching Arctor and company popping Substance D pills and overly elaborating on the tiniest details of their conversations. The conversations range from “orphan gears” missing from a bicycle that Barris purchases to using cocaine to sleep with Donna. There are so many bizarre yet quotable moments in the film that it’s hard not to fall in love with the characters despite them all being drug addicts. In between witty banter from the characters is the chronicling of Arctor’s descent into paranoia and psychosis from his addiction. Substance D affects the two hemispheres of his brain and causes them to compete with one another resulting in the breakdown of his perception of reality.

Although the story centers around Reeves as Arctor, Robert Downey Jr.’s Barris steals the show. His excessive analysis of every situation along with his intricate physical and oral fabrications are hilarious. He is essentially Doc Brown meets MacGyver… on drugs. Remember that around this time period, most people had forgotten about RDJ. Roles in films such as this one, Kiss Kiss Bang Bang, and Zodiac put him back on the map before his career renaissance as Tony Stark in Iron Man. 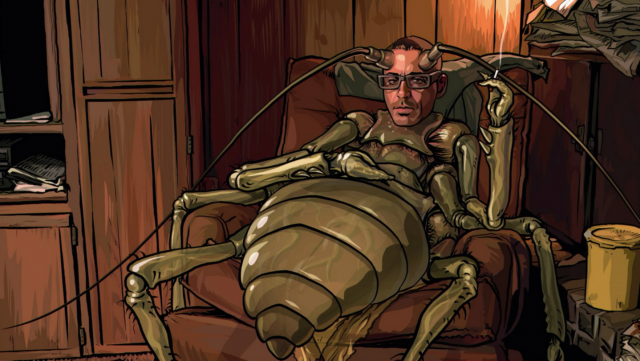 Although it may sound like an odd proposition to animate a live action film, A Scanner Darkly looks amazing. The animation allowed the filmmakers to get creative with the scramble suits as well as the drug induced hallucinations suffered at various times throughout the movie. Even though everything is animated, it does appear to be real within the context of the story. As a viewer, you get absorbed into the world of these characters and there are even times where it is hard to tell if something is supposed to be real or just a hallucination. The animation provides an augmented reality where it’s fair to wonder if the drug free inhabitants of the film would experience the world in the same way as the drugged out main characters.

While a good chunk of the film is very funny and enjoyable, it does go to a dark place regarding drug addiction. Keanu Reeves is great in his role and he has a few narration monologues that give insight to a character that is losing his grasp on what’s real. Where has he gone and what has his life become? His relationships with those around him crumble as he succumbs to Substance D. For as much fun as A Scanner Darkly can be, it is still a film that contains a message about people and addiction. It may require a few viewings to fully absorb all that it has to offer but it is undoubtedly worth it every single time.