Over the course of film history, it has been pretty rare for a sequel to a popular film to exceed the quality of its predecessor. For every Terminator 2: Judgment Day, there’s a Jaws 2, Spider-Man 3, and The Matrix Reloaded to offset the best things about a franchise. It’s even more rare that a sequel is released 35 years after the original. However, it’s 2017 and this is just the case with Denis Villeneuve’s new film, Blade Runner 2049.

The original Blade Runner was released in 1982 and has since become a science fiction classic. An adaptation of Philip K. Dick’s 1968 novel, Do Androids Dream of Electric Sheep?, it has long been rumored that a sequel to Ridley Scott’s film would eventually see the light of day. Though, it has been through numerous incarnations. In 1999, a sequel was written based on a follow-up novel to Dick’s original work. Then, a decade later, Scott and his brother, Tony, were developing a prequel series to be released as webisodes. In 2011, a new Blade Runner film was in the works with Ridley Scott set to direct but without Harrison Ford returning as Rick Deckard. Ultimately, none of these projects came to fruition and instead we have Blade Runner 2049 directed by Denis Villeneuve and complete with Ford as Deckard.

The plot of the film follows new blade runner, K (Ryan Gosling). After tracking down an older model replicant (synthetic human) named Sapper Morgan (Dave Bautista), K discovers a long-buried secret that sends him on a quest to find former blade runner, Rick Deckard, who has been missing for 30 years. Since this review is spoiler-free, this is about all that can be said in terms of the plot. One thing that needs to be addressed about Blade Runner 2049 is that, while it’s a sequel to the 1982 film, it’s not exactly a continuation of those same events. 2049 is definitely its own story that contains some of the characters from the original.

Speaking of characters, Ryan Gosling is excellent as K, a newer model replicant who’s programmed to obey. Even though he’s a replicant, he’s conflicted about his duties following the discovery. There’s a morality/humanity to his character that you can also see through his interactions with his hologram girlfriend, Joi (Ana de Armas). De Armas absolutely shines as Joi and is easily one of the best parts of the film. Finally, we have Harrison Ford as Deckard and what can you really say? He’s not overused and the film definitely ramps up upon his introduction. Jared Leto and Sylvia Hoeks as Niander Wallace and Luv respectively are the two “villains” in this film. Both give fantastic performances but it would’ve been nice to see a little bit more of Leto’s character. 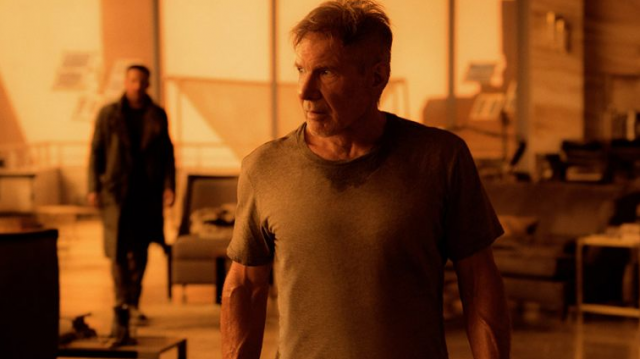 While the characters are great, the best things about Blade Runner 2049 are technical. This is one of the most stunning films you’ll ever see or hear. The visuals are breathtakingly beautiful. Surprisingly, they legitimately feel as if they’re in the same world as the 1982 film despite 2017 filmmaking technology being so far advanced. From the neon colored city of Los Angeles to the radiation-stricken ruins of Las Vegas, every frame is a work of art. This, of course, is no surprise since Roger Deakins handled the cinematography on 2049. It’s almost criminal that Deakins has yet to win an Academy Award for his work despite being nominated 13 times over the past 20+ years. There’s no doubt that he’ll be nominated, and should win, for this film come February.

In addition, the sound and music are spectacular as well. This is a film that’s designed to be loud. The synthesizer-heavy soundtrack fits perfectly with the film’s content and its visuals. There’s a sense of mystery and wonder to the music that is every bit as enthralling as the story itself. Like Deakins for his cinematography, it’s no surprise that Hans Zimmer, along with Benjamin Wallfisch, is responsible for the score. Most recently, Zimmer has been recognized for his work with Christopher Nolan. Though, his name tends to pop up quite often in modern cinema in general. 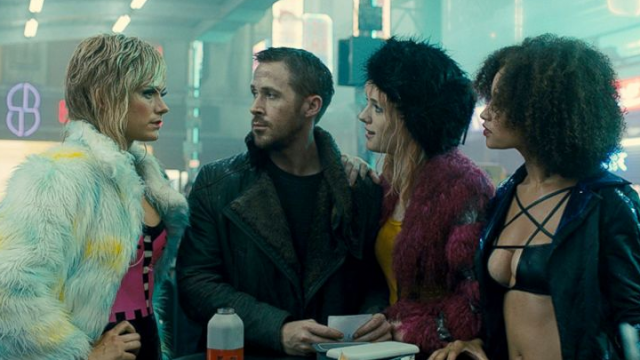 In terms of Blade Runner 2049‘s downfalls, there really aren’t any. The film clocks in at a whopping two hours and 43 minutes which will definitely turn off some potential viewers. Its pacing is very deliberate but some people will certainly feel like it’s slow. Yet, between the story, visuals, and sound, it never bores. This is unlike the original film where it tends to drag for the majority of its two hour runtime. This film isn’t for everybody but will be an absolute treat for some.

Blade Runner 2049 is awesome. Plain and simple. It’s truly a work of art from a visionary director. With films like Prisoners, Sicario, and Arrival on his resume, Denis Villeneuve is one of the best filmmakers on the scene today and this film continues to prove that. Along with Baby Driver and Wind River, this is one of the best movies of 2017. It’s better than the original Blade Runner too. While some may take that as heresy, the original has more than its share of problems that this new installment avoids. Ultimately, Blade Runner 2049 is an aural and visual feast with a great story that easily trumps its predecessor in every way possible.