Before jump scares and paint-by-numbers plot became the norm, there was actually a sense of artistry within the horror genre. Especially during the 1970’s, horror directors actually had a chance to say something in their films. Whether it’s The Texas Chain Saw Massacre’s post-Vietnam War social commentary or Dawn of the Dead’s take on consumerism, horror felt like it had more substance than most of today’s schlock. This is most certainly the case for 1976’s Alice, Sweet Alice which unnervingly covers topics like religion and sexuality.

Director/co-writer Alfred Sole began writing the script for the film in 1974 in collaboration with Rosemary Ritvo. Sole has stated that his main inspiration came from Nicolas Roeg’s 1973 film, Don’t Look Now. Originally titled Communion, the film focuses greatly on the subject of religion and has been cited for being “anti-Catholic.” Sole himself has claimed that he’s an ex-Catholic after an obscenity charge was brought against him in the state of New Jersey for his 1972 adult film, Deep Sleep. Sole was excommunicated from the Roman Catholic Diocese in Paterson, New Jersey which is also where Alice, Sweet Alice takes place.

The plot follows a troubled twelve year old girl named Alice (Paula Sheppard). She frequently terrorizes her sister, Karen, played by a young Brooke Shields, by stealing her things and scaring her with her translucent mask. On the day of her first communion, Karen is strangled to death and set on fire by someone wearing a yellow raincoat and the mask. Obviously, all signs point to Alice. While Alice’s mother, Catherine (Linda Miller), defends her daughter, Catherine’s sister, Annie (Jane Lowry), blames Alice as the two despise each other. As the attacks from the masked figure become more frequent, the harder it becomes for Alice to be proven innocent.

While Alice, Sweet Alice isn’t going to make you jump out of your seat in terror, it excels at making viewers uncomfortable. It has been described as one of the closest things to an Italian giallo film with its murder-mystery plot mixed with slasher elements. The violence is brutal and pretty realistic for the time. If there’s a stabbing, the camera focuses on the knife piercing its victim. On another note, there are a few times that Alice is objectified. In one scene, obese landlord, Mr. Alphonso (Alphonso DeNoble) tries to molest Alice. His actions result in her harming one of his many kittens in disturbing fashion. One of the film’s best moments isn’t even a death scene. Early in the film, Alice scares Karen in an abandoned building and traps her behind a door while threatening her not to tell their mother. 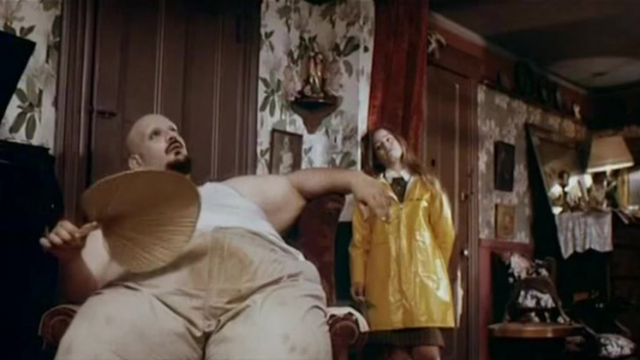 One thing that goes hand in hand with horror is music. The film definitely delivers in that department as well. The main theme of Alice, Sweet Alice is haunting and nearly hypnotizing. It perfectly captures the mysteriousness of the plot while also keeping you on your toes at all times. There’s an extremely identifiable sound to the music that is reminiscent of other films of the times including Rosemary’s Baby, The Exorcist, and even the iconic Halloween score. There’s a scene at a police station that actually sounds close to some of the music used in the latter film. Oddly enough, the film’s composer, Stephen Lawrence, went on to write music for a number of Sesame Street projects.

While there are a lot of things to like about Alice, Sweet Alice, the acting is a mixed bag. Firstly, Paula Sheppard as the title character is great. Some of her acts are despicable but there are plenty of times where you legitimately feel sorry for her. She’s definitely a troubled girl but there’s more buried beneath the surface. Sheppard was actually 19 but played a 12 year old girl and is absolutely stellar. On the other hand, Jane Lowry as Annie represents the opposite side of the spectrum. At one point, Annie is attacked and Lowry gives one of the most absurd, melodramatic performances in all of film. Her whiny, tear ridden fight with Catherine in the hospital is nothing short of insane. For as subtle as the film is at times, this part is just too much. 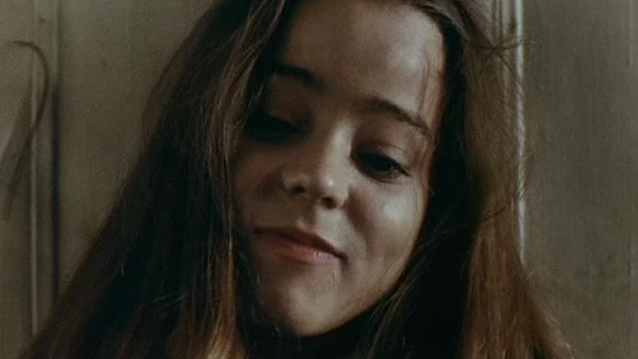 Perhaps the biggest downfall of Alice, Sweet Alice is in its big reveal. Of course, our reviews are spoiler-free so this will remain sort of vague. Throughout the film, you legitimately don’t know who the actual killer is. Alfred Sole does such a good job making sure that Alice is the only logical culprit. Yet, you still tend to stray from the belief that it’s actually her. Then, when the film finally reveals its killer, all you can think is, “Huh?” Again, we want to avoid spoilers so that’s about all that can be said. Regardless, it’s definitely the biggest letdown of the entire film.

When all’s said and done, Alice, Sweet Alice is far from perfect. That’s not to say that it isn’t an iconic film though. It may have been largely forgotten by the general public but the film has become a cult classic. In a lot of ways, it feels like it has been mostly overshadowed by Brian DePalma’s Carrie which came out the same year. Both films toy with religion, contain sexual undertones, and center on peculiar adolescent girls entering womanhood. Either way, that’s no reason to sleep on Alice, Sweet Alice. It’s a violent, unsettling experience and that’s when the film is at its absolute best.