A little over four months ago, a teaser trailer for a film entitled The Woods was released. It heaped praise upon itself by saying things like, “A new beginning for horror films.” It was covered on this site at the time with a very important quote that must be mentioned before continuing this review. The quote is as follows: “The first thing that most people will think of when watching the trailer is The Blair Witch Project. Specifically, when the shots change to a ‘found footage’ style, the trailer takes a severe Blair Witch turn.”

Wow. Firstly, it’s not hard to point out similarities between a film called The Woods and The Blair Witch Project. Yet, the eventual title given to the film (Blair Witch) was even mentioned in that piece from May 11th. With all this reminiscing of first impressions from four months ago, the film that became Blair Witch is just as easy to predict in execution. It’s not a new beginning for horror films. It’s not even a worthwhile revisiting of the source work.

The plot is centered around James, played by James Allen McCune. He comes across a video on the internet which may be a clue to his sister, Heather’s, whereabouts. Heather, of course, was the main character from the original film. He’s joined by his friends Lisa (Callie Hernandez), Peter (Brandon Scott), and Ashley (Corbin Reid). Also, the two people that discovered the footage, Lane and Talia, played by Wes Robinson and Valorie Curry, join the friends in their search for answers. 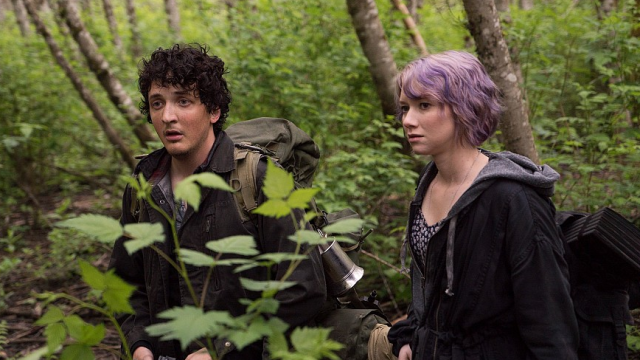 As one can presume, all of the eerie supernatural events from the original Blair Witch Project are on display once again in this new film. The stick figures, rock piles, and late night noises are all back. The problem with these things is that everything just feels like a rehash. Very rarely does the writer and director duo of Simon Barrett and Adam Wingard respectively offer anything new of substance. In fact, this film almost feels like a remake of the original. Every so often, James randomly talks about Heather seemingly to remind the audience that there’s an actual story to follow.

The original film was polarizing for audiences because it was totally different than anything else. It’s one of the first films to be promoted through viral marketing via the internet. Nowadays, this is commonplace. Back then, it was a new idea that only added to the mystique of the film. After its release in 1999, it was rumored that the film was, in fact, real which made it all the more groundbreaking. 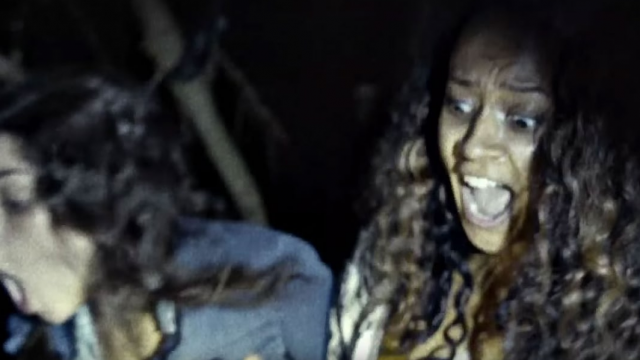 The new film uses the found footage camera techniques, plot devices, and scares to recapture fans of the original. The only difference between The Blair Witch Project and this new installment is that it’s now 2016 and we’ve seen this all before. It’s actually quite insulting that the filmmakers thought that all the blatant ripoffs of the original would go right over the collective head of the audience. Horror fans have a long memory and there’s nothing about Blair Witch that doesn’t feel like a copycat film.

You may be wondering why the real title was withheld from the general public in the first place. Well, frankly, it’s because they knew that Blair Witch would be met with backlash. The remake/reboot/re-imagining idea has been done to death with nearly all of the attempts being utter failures. Now, this film isn’t a complete failure as the acting is decent and it does keep you somewhat interested. The problem is that if you’ve already seen the original, you know exactly what to expect and what will happen.

As previously mentioned on this site after the Blair Witch title was revealed, it’s safe to say that this film had more going for it when people thought it was an original work. Sure, the real title gained name recognition but it will forever be remembered as an attempt to cash in. Blair Witch is not revolutionary. It’s not a game changer. It’s barely even its own film. If it was a straight remake of the original, it would be just average. As a direct sequel, Blair Witch is unoriginal, uninspired, and simply unnecessary.

One Thought to “In Theaters Review: Blair Witch”