When it comes to horror remakes, reboots, and reimaginings, the majority of them have been largely unsuccessful. Of course, there are always exceptions to this such as David Cronenberg’s The Fly, John Carpenter’s The Thing, and Zack Snyder’s Dawn of the Dead. For every good remake, though, there are a ton of them that completely fail to live up to the originals. Within the past decade or so, slasher films from the 1970’s and 1980’s have been the focus for remakes. Popular franchises like Halloween, Friday the 13th, and A Nightmare on Elm Street have all been reintroduced to modern audiences to mostly negative reactions. This past weekend, one of the last remaining iconic slashers to avoid this treatment finally got an unneeded makeover. While the film honestly isn’t that bad, the 2019 version of Child’s Play mostly feels like an average and disposable horror experience overall.

The original Child’s Play was created by Don Mancini and released in 1988. It starred Brad Dourif as Charles Lee Ray AKA Chucky, a serial killer who transfers his soul into a Good Guy doll before his death. The doll is purchased by a single mother to give to her son, Andy, for his birthday. Then, tragedy strikes and bodies begin to pile up with six year old Andy being the lone suspect. To date, Mancini has written every entry of the original series which is comprised of seven total films. He even directed 2004’s Seed of Chucky, 2013’s Curse of Chucky, and 2017’s Cult of Chucky. In addition, Mancini is currently preparing a television series for the Syfy network based on the diminutive killer doll. Ultimately, the 2019 film is a studio driven remake with no collaboration or anything to do with Mancini’s ongoing series.

Child’s Play 2019 opens with a recording of Henry Kaslan (Tim Matheson) discussing their new Buddi doll. Buddi is a smart toy that can connect to all of a home’s electronic devices. The film then moves to a Kaslan factory in Vietnam where a worker is insulted and fired. The worker disables the safety features on the Buddi doll he’s working on and the doll is shipped out. In Chicago, Illinois, Karen Barclay (Aubrey Plaza) and her hearing impaired son, Andy (Gabriel Bateman), move into their new apartment. Andy is slow to adjust and also not fond of Karen’s boyfriend, Shane (David Lewis). Karen acquires a Buddi doll after blackmailing her boss and gifts it to 13 year old Andy as an early birthday present to make him feel better. The doll, voiced by Mark Hamill, chooses the name Chucky and quickly wins Andy’s affection. Though, there appear to be some quirks with Chucky as he becomes obsessive with making Andy happy and resorts to increasingly violent tendencies to satisfy his new best friend.

As a straight slasher remake, you can do far worse than Child’s Play. It’s a technically sound film with good pacing, editing, camerawork, and music. The film does well to establish the relationship between mother and son and also the relationship between Andy and Chucky. Initially, Andy seems too old to be playing with dolls but, after seeing their interactions, it’s easy to see him latching onto a smart device like Chucky. The story is told almost in a heartwarming way before things turn violent which is a unique and different approach to the source material. Bear McCreary, who’s probably best known for The Walking Dead theme, handles the excellent soundtrack. There’s an old, creepy toy box kind of vibe from the soundtrack that gives some added depth to the remake. Oddly enough, the original series never really had any distinct musical cues so this was a welcome addition. 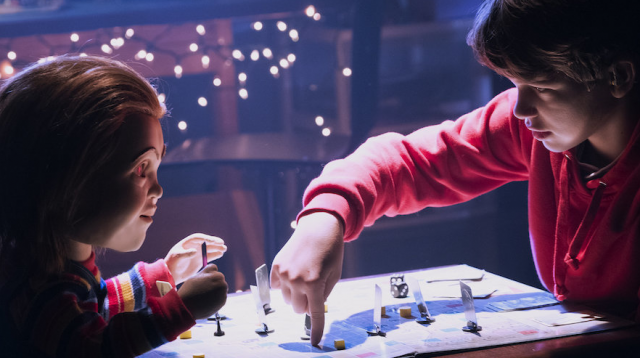 For the most part, the characters and death scenes are done pretty well. Aubrey Plaza and Gabriel Bateman provide likable lead characters in Karen and Andy. Similarly, Brian Tyree Henry’s 2019 version of detective Mike Norris is much more likable on a personal level than Chris Sarandon from the 1988 film. Sarandon’s performance is much more hard-nosed than Henry’s playful and caring attempt. Though, as is also the case with Plaza and Bateman, it’s unlikely that anyone will find Henry’s performance as memorable as their counterparts from the original film. There are also a few young cast members that make up Andy’s group of friends with Beatrice Kitsos’ Falyn and Ty Consiglio’s Pugg being the biggest standouts. Oddly enough, there often haven’t been many children within a single Child’s Play film so the film breaks some new ground here.

Of course, the most anticipated performance of the film is Mark Hamill’s take on the killer doll, Chucky. Unlike the original film, Chucky isn’t a malevolent being. His primary function is to make Andy happy. Even when he does murder people, it’s because they’ve wronged Andy somehow and not just to quench his own bloodthirst. Hamill, who’s best known voice work comes in the form of the Joker in Batman: The Animated Series and the Batman: Arkham video games, does a great job with this new take on Chucky. There’s an innocence and understanding to him that obviously wasn’t a factor in Brad Dourif’s serial killer version. There are moments where viewers will actually feel bad for Chucky as his actions always come from “good” intentions. That being said, Child’s Play 2019 provides some vicious death scenes. There aren’t many kills but they’re all very memorable and play a part in the story. There’s also a great juxtaposition between the presumably kindhearted Chucky and the brutality of his murders. On a sidenote, though, the design of the doll itself is unbelievably ugly. 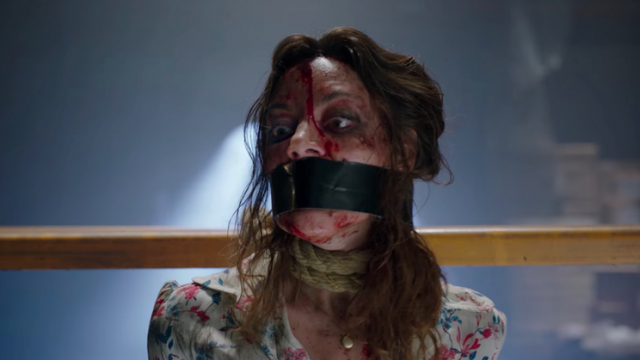 While Child’s Play does a good job differentiating itself from the original series, it still has the stigma of being an 80’s slasher remake. Then, when you couple that in with the fact that Don Mancini’s string of films is still going, it makes you wonder what the intentions were in making this film. If the idea was just to make money, it’s hard to see the 2019 film raking in large amounts of cash at the box office. There also aren’t any really big names coaxing people to the theater for this remake either. Mark Hamill is certainly the biggest star in this film with Aubrey Plaza having some name value as well. Yet, the inclusion of someone like Hamill just seems like a bonus as opposed to a draw.

As mentioned earlier, the 2019 version of Child’s Play isn’t a bad film by any means. It’s perfectly watchable and viewers should be entertained throughout. However, it’s one of those films that you just kind of forget about the second you leave the theater. Is it better than the best films of the original series? Certainly not. It’s hard to say if it’s even better than some of the lesser films. It’s a film that’s just there. Though commendable for trying to do some new things and update the killer doll story of the original, it will never have the same appeal of Mancini’s films. Mark Hamill was probably the best choice to voice Chucky of anyone not named Brad Dourif but the latter will always be Chucky’s true voice. If you’re looking for an entertaining and bloody affair, Child’s Play 2019 should scratch the itch. Just don’t expect it to make any kind of long lasting impression.

One Thought to “In Theaters Review: Child’s Play”