In our Zombieland: Double Tap review a few weeks back, we discussed the current landscape of sequels. While there are always some solely being released as a cash grab, it seems like a lot of filmmakers have been having some unique visions for recent follow-ups. This is especially the case with long dormant franchises or titles. With so much attention going into the remake/reboot treatment, maybe creativity has finally come to the forefront for sequels. While last week’s new release sequel, Terminator: Dark Fate, left a lot to be desired, this week’s is the opposite. Mike Flanagan’s adaptation of the 2013 novel, Doctor Sleep, is a surprisingly excellent sequel to the 1980 Stanley Kubrick horror masterpiece, The Shining.

Both The Shining and Doctor Sleep were written by legendary horror writer Stephen King. Though, there was a 36 year gap in between publications with them being released in 1977 and 2013 respectively. The writer put a poll up asking fans which book he should write next, Doctor Sleep or a new Dark Tower novel, in which Doctor Sleep narrowly won. In 1980, director Stanley Kubrick helmed a feature film adaptation of The Shining that differed greatly from King’s original work. King himself has been critical of the Kubrick film but it’s still considered an absolute classic by today’s standards. The sequel hits theaters 39 years after its predecessor making it one of the longest gaps between films ever. It even beats out the gap between Blade Runner and it’s superb 2017 sequel, Blade Runner 2049, which had a gap of 35 years.

Doctor Sleep picks up with the fallout from the events of Kubrick’s 1980 film. A young Danny Torrance (Roger Dale Floyd) and his mother, Wendy (Alex Essoe), relocate to Florida. Unfortunately though, Danny continues to be haunted by the spirits from the Overlook Hotel. The ghost of Dick Hallorann (Carl Lumbly) teaches Danny how to lock the ghosts away in his mind to avoid their tricks. Meanwhile, a semi-immortal cult group called the True Knot locate people with the “shining” ability and feast on their “steam,” the dying essence of people that shine.

The film jumps forward to 2011 where Danny, now known simply as Dan (Ewan McGregor), is an alcoholic. He moves to a small town and befriends Billy Freeman (Cliff Curtis) who sets him up with a room and a job. After getting clean, Dan also begins working at a hospice where he uses his abilities to comfort dying patients. It’s also during this time that he begins communicating telepathically with a young girl, Abra Stone (Kyliegh Curran). The film jumps forward to the modern day where the True Knot, led by Rose the Hat (Rebecca Ferguson) is starving and slowly dying due to lack of steam. Out of desperation, they ramp up their efforts to locate new victims and Abra exposes herself as something of a holy grail to Rose. The True Knot intends to kidnap the girl and feed on her but Dan and Abra team up to thwart the cult for good.

When it comes to plot, there’s a lot to dissect. Much of this has to do with Doctor Sleep‘s unenviable task of adapting a book that was a sequel to one released 36 years prior. This new film also has to serve as the sequel to a film that didn’t exactly follow the book it was originally adapting. On paper, Doctor Sleep faced an uphill battle from the get go. Surprisingly, writer/director Mike Flanagan handles everything as well as one could. The film does a good job of adapting King’s 2013 novel while also satisfying Kubrick fans by successfully revisiting highlights of the 1980 film. It even goes a step further by integrating a main plot point from King’s Shining into the new film to also appease fans of the original 1977 novel. Describing the leaps and bounds that Doctor Sleep goes through to wrap up the entire Shining experience may sound like a mess. However, it’s done masterfully under Flanagan’s direction and vision.

Flanagan has proven himself time and again as a name on the rise in the horror genre. With films like the underrated Oculus, Hush, and Gerald’s Game under his belt along with Netflix’s extremely eerie The Haunting of Hill House series, Flanagan is no longer on the rise. He has arrived and raised the bar with his work. His adaptation of Doctor Sleep has only further enforced that. The faithful recreations this film goes through to reenact scenes from Kubrick’s Shining while also adding new lore is astounding. From the wardrobe, to the sets, and even to the acting from the new cast members in iconic roles, the film does everything it can to make this a faithful continuation. The eventual return to the Overlook handled magnificently and is sure to give Kubrick fans goosebumps. The film may suffer slightly from not having the original actors like Jack Nicholson, Shelley Duvall, and Scatman Crothers reprise their roles but, obviously, that would’ve been impossible to pull off nearly 40 years later. This is especially the case with Crothers as he has been dead for almost 33 years. Instead, Flanagan does the best he can with the cast he has and it’s completely forgivable and even commendable given the circumstances.

Though the original actors are gone, Doctor Sleep is chocked full of new actors and characters that more than pick up the slack. Ewan McGregor is great as the older Dan Torrance. This was a role that seemed pretty wide open as the young Danny from Kubrick’s film was only six years old. McGregor’s Dan is someone who had to deal with much psychological torment and trauma from the events that occurred at the Overlook while also growing up without a father. He’s also a man who wants to change his ways and help people which McGregor gets across very well. Young Kyliegh Curran as Abra is also excellent. There are many cases where too much of a child actor can be a deterrent in a film. That’s not the case with Curran. She has impeccable chemistry with McGregor and also feels like a legitimate threat to the film’s villains as she practices and hones her shining abilities.

The biggest standout, though, is Rebecca Ferguson as Rose the Hat. From her introductory scene, Ferguson’s Rose has an iconic presence and is a joy to watch onscreen. In addition, Rose and her band of misfits actually have depth and motivations that are frequently uncommon in horror. They’re not just out to kill people for no reason. They find others like them and promise long life as a perk. When their lives are threatened, they act based on the will to live. Everything Rose does is to protect herself and her people. When Dan and Abra get in the way of that, her survival and motherly instinct kicks in. Ferguson is absolutely electric onscreen and one of the best villains and characters in general throughout all cinema this year. 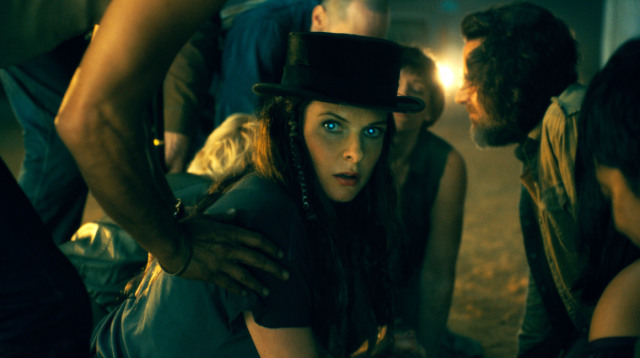 While Doctor Sleep is a triumph across the board, there are some minor issues with it. For starters, this is a two and a half hour movie which is not going to sit well with some folks. It takes quite a while for the story to get kicked into gear. Yet, the character development throughout all of this is so good that it’s easily excusable. Without spoiling anything, there’s an action scene in the middle of the film that seems kind of out of left field. It’s unlike any other scene and doesn’t feel like something that belongs here. Finally, many people are probably going to wonder if Doctor Sleep is better than The Shining. The answer to that really depends on how you feel about that film. For those that consider it a classic, nothing will ever touch it. However, Doctor Sleep comes as close as it possibly can to at least honor The Shining‘s legacy while continuing the tale.

Like Blade Runner 2049 a few years back, Doctor Sleep is a surprisingly great sequel to a beloved film. Though it doesn’t necessarily exceed the quality of its predecessor, it’s more than worthy of carrying on and adding to its legacy. Not only that but it’s also a unique vision that ties up its own story, Kubrick’s film, and King’s original novel. There’s no doubt about it that Mike Flanagan faced humongous challenges with this film and he passes with flying colors. For fans of anything having to do with the Stephen King books or Stanley Kubrick’s opus, know that Doctor Sleep isn’t The Shining 2. It’s Doctor Sleep and, for that alone, it’s one of the best films of the year.

One Thought to “In Theaters Review: Doctor Sleep”