Well, Marvel, here we are again. Another lesser known superhero and another origin story. While they’ve done a great job at building their cinematic universe, it feels like we’ve definitely been here before. With Iron Man and Captain America being arguably their most popular superheroes at the moment, Marvel has certainly done well with what they have. After selling off the movie rights for Spider-Man and X-Men back in the mid-1990’s, the cupboard was left bare for the comic book company. Now, through their massive success in recent years, Marvel is scraping up every last superhero they can to jam into their universe. This time around, we have Doctor Strange.

This isn’t to say that Marvel hasn’t treated their heroes with care and respect. They certainly have. These characters have successfully made their way into the general public’s eye and are possibly bigger than ever. It just feels like the end for the Marvel Cinematic Universe is drawing near. That being said, Doctor Strange is still packed full of the best things about any Marvel film. The characters are likable, the action is fun, and there’s always enough quirky humor to go around.

Doctor Stephen Strange (Benedict Cumberbatch) is a brilliant, yet arrogant, neurosurgeon. After a car accident that destroys his hands, Strange searches for a miracle cure. He’s directed to seek out Kamar-Taj by Jonathan Pangborn (Benjamin Bratt), a paraplegic who mysteriously is able to walk again. Located in Kathmandu, Nepal, Kamar-Taj is a compound where Strange meets the sorcerers, Mordo (Chiwetel Ejiofor), Wong (Benedict Wong), and The Ancient One (Tilda Swinton). Here, Strange is taught about other dimensions and astral planes. Meanwhile, the villain, a former student of The Ancient One named Kaecilius (Mads Mikkelsen), is trying to open the Dark Dimension and summon Dormammu. 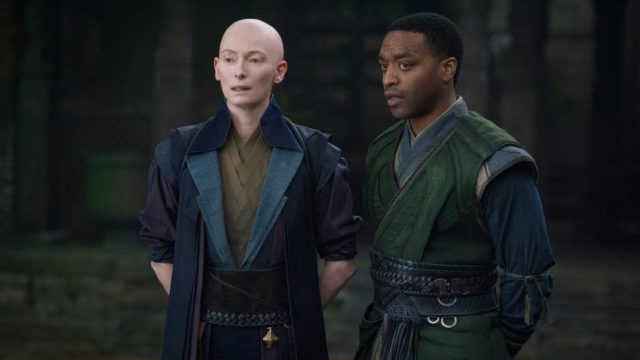 Let’s start with the good things about the film. Benedict Cumberbatch is great as Stephen Strange. He has a swagger about him in which he’s extremely self-indulgent yet there’s a hint of a good person in his character as well. The rest of the cast is equally as good. The other sorcerers are complex characters who carry the same type of traits that Strange does. There’s a constant battle between right and wrong, moral and immoral choices that they must make. Rachel McAdams is another bright spot. She plays Strange’s love interest, Christine Palmer, who’s also a surgeon. Christine ends up being Strange’s only tie to the real world after he takes up his new craft and the two offer up some entertaining scenes together.

The best thing about Doctor Strange, by far, are the visuals. While the film is very CGI heavy, it fits with the content. The film is part Inception and part Avatar when it comes to the special effects. Spells are cast, buildings are moved around at will, and colorful alternate dimensions are all magnificently on display. There’s a scene towards the end of the film where Strange confronts Dormammu in the Dark Dimension which is something out of this world. The special effects team did an amazing job on the visuals in this film.

While Doctor Strange is mostly a solid entry to the MCU, it does have flaws. The pacing of the film is frenetic and you’ll be hardpressed to always understand exactly what’s happening in the plot. The film starts out a little like Batman Begins with Strange seeking out a compound in a strange land. From there, it seems like he learns the art of sorcery in a heartbeat. Yes, the character is intelligent but it’s hard to buy into him becoming such a force so quickly. Mads Mikkelsen is solid, as always, yet his character is never given much time to develop. Sometimes you’re not really sure what it is that he wants. You just know that he’s the bad guy because of his eyes and the mark on his forehead. 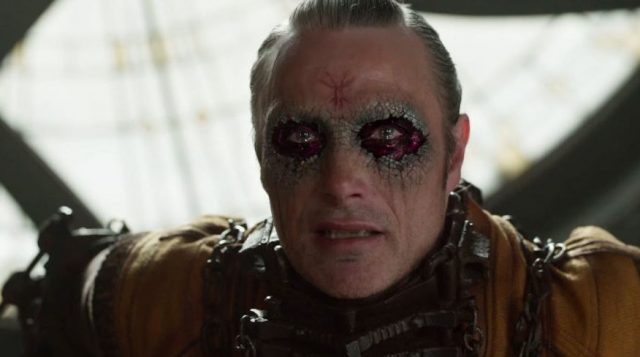 For as good as the visuals of the film are, the action scenes fall very flat. It’s not that there isn’t any good action to be had, it’s the camera itself. Many of the shots are from the chest up on the characters and you’re just not able to see much. Not to mention, the cuts come so fast that as soon as someone casts a spell, the camera cuts to the recipient, then cuts again to the impact, and so on. This is an action movie and it’s understandable that the editing is often quicker but filmmakers need to realize that a shaky, constantly moving camera doesn’t make for better action sequences. Let the scenes breathe a little and let the audience absorb the action to make a lasting impact.

Doctor Strange isn’t the worst Marvel film to be released but it’s far from the best. It has the typical Marvel flair while effectively introducing the public to one of their lesser known characters. This simply feels like a film that they released to tide people over for Avengers: Infinity War. While Doctor Strange isn’t a bad film by any means, it just feels like an obligatory introduction to a character that’s larger purpose is yet to come.