Writer/director/novelist Neil Jordan is a bit of an anomaly. Littered throughout his career, there have been examples of brilliance and also failure. In between those two extremes are bouts of irrelevance and rediscovery. Yes, Jordan has seemingly been on a long, strange ride through his cinematic history. Here, in 2019, he returns to the big screen with the dramatically campy horror/thriller, Greta.

Some people may recognize Jordan from his earlier work like 1984’s The Company of Wolves and 1986’s Mona Lisa. After all, both films were positively received upon release. Arguably though, the director’s best work came in the form of 1992’s The Crying Game. That film centers on an IRA terrorist who befriends one of his captives. Later, the former terrorist, played by Stephen Rea, seeks out the captive’s girlfriend to protect her. The film landed six Oscar nominations with a win for Jordan in what’s now known as the Best Original Screenplay category. If you haven’t seen The Crying Game, it comes highly recommended. Jordan’s other most notable title is his 1994 adaptation of the Anne Rice novel, Interview with the Vampire. Since then, the director’s name has popped up here and there with films like 2007’s The Brave One and as the creator of the Showtime television series, The Borgias, which ran from 2011 to 2013.

Jordan’s new film, Greta, follows Frances McCullen (Chloë Grace Moretz), a young waitress who recently moved to New York City with her friend and roommate, Erica (Maika Monroe). She takes the subway one day and comes across a designer purse. Upon checking the ID inside, she discovers that it belongs to Greta Hideg (Isabelle Huppert), a middle aged French woman. Frances returns the purse to Greta, a widow whose daughter lives in Paris, and the two soon form a friendship. Though, Frances realizes that she’s not the first person to find one of Greta’s handbags and there may be more to Greta than what meets the eye. After Frances tries to break off their friendship, Greta becomes obsessive and stalks her.

As aforementioned films like The Crying Game and Interview with the Vampire have shown, Neil Jordan is a capable filmmaker. The premise for the film is relatively simple and keeps you interested throughout. You’re always anticipating what kind of antics are next from the titular Greta. Although the film certainly toes the line of being a horror flick, it’s shot and acted as if it’s a dramatic thriller instead. This has been a suitable approach for recent horror films and has been a crucial stylistic choice of the recent horror renaissance we’ve mentioned on this site as of late. In terms of Greta, it works relatively well once again. 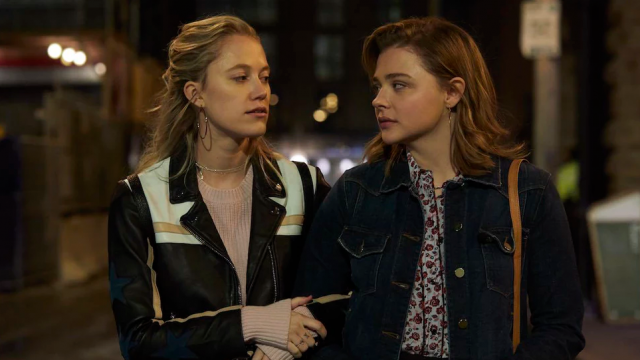 A lot of this has to do with the film’s performances. Chloë Grace Moretz has shown range over the course of her young career that has spanned across many genres. In Greta, she’s pretty good as the fresh faced and naive Frances. Though, her performance does feel somewhat uninspired at times. She doesn’t do anything poorly but she doesn’t necessarily bring any fire to the role either. The film is rounded out with a solid supporting cast featuring Maika Monroe as Erica, Colm Feore in a brief appearance as Frances’s father, and Jordan regular Stephen Rea as private investigator Brian Cody. Of course, the star of the film is Isabelle Huppert as Greta Hideg. She plays the role perfectly as a lonely, aging woman affected by the unfortunate events of her past. Then, in the blink of an eye, she becomes obsessively sinister and legitimately dangerous as she craves companionship.

Usually, a decent cast and interesting story lead to positive results but, unfortunately, that’s not the case with Greta. By no means is it a horrible film and it’s understandable that some may actually enjoy it for what it is. Yet, in a film like this, a little subtlety can go a long way in building up the suspense. There’s nothing the least bit subtle about Greta. Instead of allowing tension to build in the relationship between Frances and Greta, it goes from zero to sixty in no time at all. In one scene, Frances may want absolutely nothing to do with Greta and refuses to see her. Then, she’ll willfully go to Greta’s house in the very next scene. Then, there will be an uncomfortable encounter between the two followed by some crazy moment a few seconds later. There’s something very schizophrenic about the film’s storytelling. It’s as if Jordan wasn’t sure how he wanted to interpret the relationship so he just put everything in regardless of pacing. 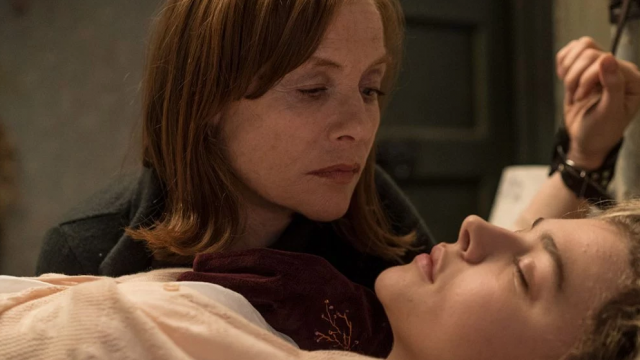 Herein lies the biggest problem of the film and it’s simply that it doesn’t know what it wants to be. Is it a slow burning drama filled with uncomfortable tension between its two leads? Or, is it an over-the-top and psychotic romp laced with obsession and jealousy? Well, overall, it’s really neither. It has elements of all of those things but never fully commits to anything. With a little more focus and some smoother pacing, Greta could’ve been an early standout in 2019. Instead, its scatterbrained characters and plot are more confounding than anything. There are just too many instances that make you question what you’re watching than simply bring you along for a ride.

Although Greta won’t receive a favorable score here, it’s not that bad of a film. With an interesting story and a good cast with, specifically, Isabelle Huppert giving a crazed performance, Greta has a lot going for it. In addition, the attachment of director Neil Jordan was attractive despite his spotty overall history. Nonetheless, Greta doesn’t deliver fully on its potential. There are quality moments but its schizophrenic tone and total lack of subtlety leaves it relatively unmemorable.