It’s not too often that a new horror film franchise actually pans out these days. In most cases, there will be a breakout hit (i.e. Paranormal Activity) that pulls in so much money at the box office that it’s hard to ignore. Of course, an obligatory sequel soon follows and, from there, the product suffers more and more with each new entry. Surprisingly, James Wan’s Insidious franchise has bucked that trend with its first three films. Though, the series suffers a bit of a misstep with its newest installment, Insidious: The Last Key.

The Insidious franchise started off very strong in 2010 with the first film directed by Wan and written by Leigh Whannell, the creators of the Saw franchise. Patrick Wilson and Rose Byrne star as a couple whose son goes into a mysterious coma and becomes a vessel for spirits from another dimension to inhabit. The film was very different than the duo’s previous work as it substituted suspense for gore and shock value. The film’s sequel, Insidious: Chapter 2, is a companion piece to the first and further explores the events of its predecessor. Insidious: Chapter 3 is a prequel to the first following Elise Rainier (Lin Shaye) as she comes out of retirement to help a teenage girl with her demonic visions.

Oddly enough, Insidious: The Last Key is another prequel to the first two films but a sequel to Chapter 3. The film, once again, stars Lin Shaye as Elise who receives a call from Ted Garza (Kirk Acevedo) claiming that his recently purchased home is haunted. It turns out that the house is Elise’s childhood home. Hesitant to return there, Elise already experienced the paranormal activity within the house during her childhood. Ultimately, she decides to return to the house with her colleagues, Specs (Leigh Whannell) and Tucker (Angus Sampson), to exorcise the demons trapped in the home once and for all.

One of the things that has been so surprising about the Insidious series is how it has established Lin Shaye as the lead protagonist. In the first film, she had a relatively small, but important role. Whannell, who has written every installment to the series, continues to find ways to bring her back and mold each of the films around her character. Shaye, at the age of 74, is most commonly known as a supporting actress throughout her career. With the Insidious series, she finally gets her due with the leading role and is easily the most likable character throughout all four films. Her character is kind-hearted and mentally tough despite her paranormal/psychic abilities. She gives off a sense of fear of the evil entities she faces but also the confidence that she can defeat them. 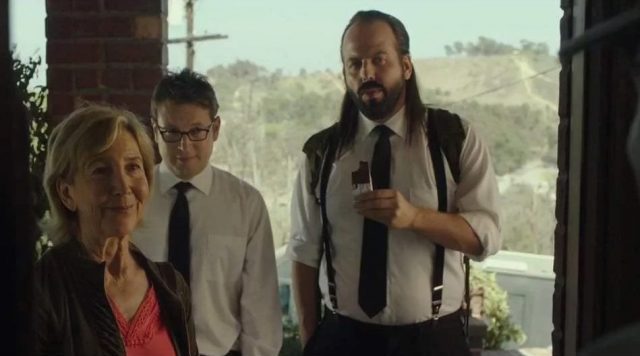 Unfortunately, Shaye’s performance is about where the praise ends for the film. Let’s address the characters of Specs and Tucker. Like Elise, they’ve appeared in all four films thus far. Until The Last Key, they’ve always felt like minor characters and were fine in their roles for the most part. At times, they’re used for comic relief and, despite a handful of cringeworthy moments, mostly from Tucker, it works. In The Last Key, though, they’re pretty awful. They’re shoved to the forefront of the story along with Elise and they constantly bring a rapey vibe as they ogle Elise’s teenage nieces in the film. It’s not endearing or romantic. It’s simply uncomfortable most of the time. On top of that, their jokes aren’t funny either. The two characters are at their best when they’re there to do their job supporting Elise. Period.

Another thing that this film severely lacks are the scares of the previous films. Even Chapter 3, the weakest of the original trilogy, had an excellent demon in the Man Who Can’t Breathe. The demon in this film, KeyFace, who’s played by horror’s new go-to creature actor, Javier Botet, is a cool looking villain but you never really know what his purpose is. Sure, he tricks a young Elise into releasing him but beyond that, his actions are unexplained. He traps his victims and uses his key-fingers to “lock” them up in jail cells “Deeper Into The Further,” a realm that extends beyond The Further. Though, none of this is ever explained nor is the audience given an explanation as to what KeyFace does with his victims after imprisoning them. Overall, he’s a cool character that has absolutely zero substance and it shows. 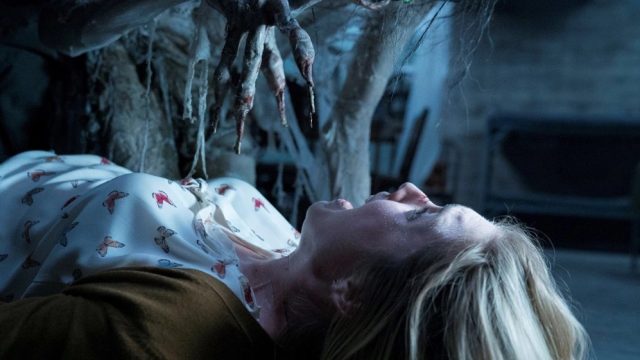 In typical Insidious fashion, they all try to tie into each other somehow and The Last Key is no different. While there won’t be any major spoilers here, this film ties directly into the first Insidious film. Though, it doesn’t feel necessary to watch this movie to understand the original whatsoever. The screenwriter, Whannell, and director Adam Robitel feel like they’re trying to force revelation on the audience with the tie-in. While seeing the connections between stories is always intriguing, it feels like they’re throwing the audience a bone here. It’s not a horrible moment but it feels less important than most of the other tie-ins throughout the franchise.

When all’s said and done, Insidious: The Last Key isn’t going to bring in any new fans of the franchise. It’s easily the most generic installment of the series and strays from the good things about the others. Even the jarring opening title screen is missing from this one which is depressing. In addition, there’s a moment where it barely focuses on the paranormal entities and is basically an entirely different breed of horror movie. Other than Shaye’s performance, everything about it feels sloppy. That being said, Insidious: The Last Key isn’t the worst film you’ll ever see. Though, it’s definitely a black eye on an otherwise respectable horror property.