Suicide is no joke. Plain and simple. It’s often a touchy subject when put up for debate but it’s never to be taken lightly. That being said, there have been countless films and television shows that address the issue over the years. Just this past year, Netflix’s Thirteen Reasons Why was lambasted by many for sensationalizing a teenage girl’s suicide despite doing some decent things. As you may have guessed by now, the topic of suicide is also at the forefront of the 2016 short film, Here Lies Joe.

Director Mark Battle is a professional graphic/web designer and award winning filmmaker based out of New England. To date, he has written, edited, and directed five short films along with handling the cinematography. As of this writing, Battle’s new short, The Guard, had its official premiere this past weekend. With Here Lies Joe, Battle crafts a beautiful story about two different, yet troubled, people who make an impact on one another.

A suicidal man, the titular Joe (Dean Temple), attends a Suicide Anonymous meeting shortly after the film opens. There, a young woman named Z (Andi Morrow) comes in late and serves as a frequent distraction throughout the meeting. Joe and Z seem to see something in each other and end up spending the afternoon together after Z asks for a ride. They spend most of their time at the cemetery before they part ways. 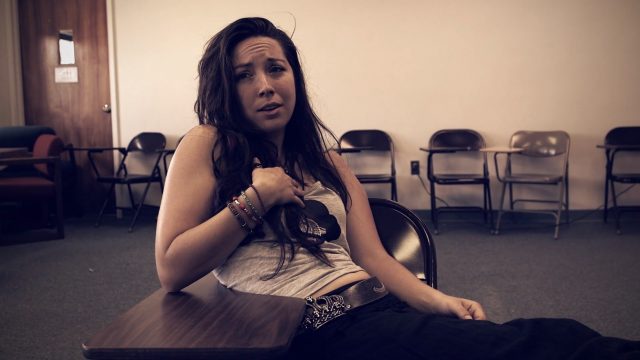 The acting in Here Lies Joe is top notch especially for a short independent film. At times, the acting in low budget projects can be a bit iffy but that’s not the case here. Timothy J. Cox’s suicide addicted Bill and Mary Hronicek’s multivitamin overdosing Carol provide excellent supporting characters and give extra life to a story about taking life away. Dean Temple is somber and semi-irritable with Z early on. Though, she evokes something from him as the film continues. Andi Morrow is the real star here. As Z, she’s adorable, magnetic onscreen, and thought-provoking with how she views others and their respective issues. Her character feels real and, like Joe, you never know what she’s going to do next.

Another high point for the film is in its cinematography. It’s simply beautiful. It’s purplish/brown hue works very well for the story being told. There’s an emptiness to the color but every scene is packed with so much detail. From Z’s clothing, the trees and headstones in the graveyard, and the arches of a bridge, there’s a lot to look at in each scene. The high definition format looks awesome here and gives the film layers and astounding depth. 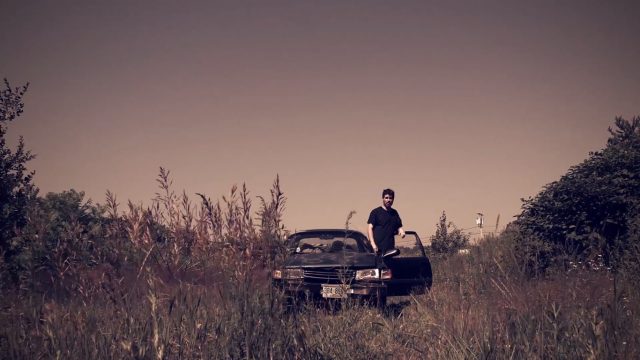 At one point, Z describes a statue in the cemetery as being “perfectly morose.” That’s the perfect way to describe Here Lies Joe along with a splash of humor. The film tackles such a grim subject but does it so perfectly. The humor is so dark and bleak that it won’t make you laugh out loud but it will get a chuckle. Things like Z writing her suicide note in iambic pentameter or giving Joe her number so they can commit suicide together generate smirks and head shakes. Also, visuals such as Joe lying down by a headstone with the name “Joseph” are darkly comic moments. In all, the humor, like seemingly everything else in Here Lies Joe, works with these characters and story.

Here Lies Joe is an excellent short film. It never strays from its established tone and there really aren’t any moments that don’t fit. Although, the ending, which is fine how it is, could’ve been cut a few minutes short to remain ambiguous. There aren’t any spoilers here so we’ll leave it at that. However, the actual ending is perfectly fine as well and it doesn’t take away from the rest of the experience. Not only is Here Lies Joe entertaining but it also has things to say about the topic of suicide. The two characters’ intersecting experiences provide hope in a hopeless situation. It’s films like this that prove that there are still a lot of creative filmmakers out there and that you don’t need millions of dollars to entertain people. Here Lies Joe is perfect.