Seventeen years have come and gone since the release of the first X-Men film. Since then, audiences have received two sequels to the original, a prequel trilogy, and three standalone films based on the character of Wolverine. Not to mention, there’s a notable spin-off franchise being crafted within the same universe as well. In all that time, one would think that 20th Century Fox would’ve figured out how to utilize one of their best characters and the actor that has been in the role in at least one of their films. Alas, Fox’s newest film within the universe, Logan, gets extremely close but still falls just short of the mark of being the definitive Wolverine story.

Following X-Men: The Last Stand, Australian actor, Hugh Jackman, got his first solo adventure in X-Men Origins: Wolverine. The film received mostly negative reviews and killed the original idea of being the launching point for a series of X-Men Origins films. After a brief cameo in X-Men: First Class, Jackman starred in 2013’s The Wolverine. Directed by James Mangold, the film received better reviews than its predecessor. Yet, it still didn’t blow audiences away. Mangold and Jackman geared up for a final R-rated go-round with the character in this year’s Logan. Jackman also announced his official retirement from the series following the release of the film.

The plot follows Logan AKA Wolverine AKA James Howlett in a dystopian, western-themed near-future. Mutants are nearly extinct with only Logan and Professor Charles Xavier (Patrick Stewart) remaining from the X-Men. In the years since the fall of the mutants, Xavier develops a debilitating neurological disorder which can potentially cause mass destruction. Therefore, Logan and an albino mutant named Caliban (Stephen Merchant) care for and medicate Xavier to keep him stable.

From here, Logan is approached by a woman named Gabriela (Elizabeth Rodriguez) who’s willing to pay him to escort a young girl named Laura (Dafne Keen) to sanctuary in North Dakota. Though, it’s discovered that Laura is actually a mutant with the same traits as Logan. He and Xavier eventually decide to take Laura to “Eden” despite being tracked by a man named Pierce (Boyd Holbrook) and his army of Reavers. 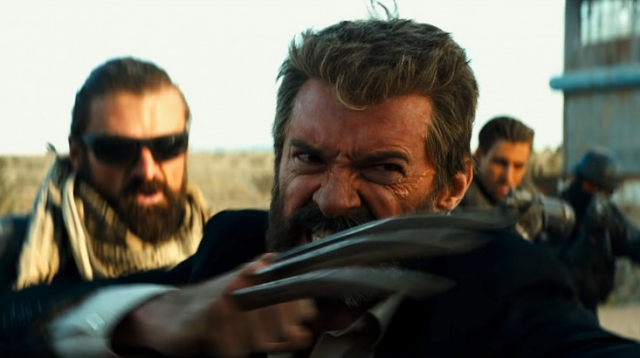 It must be stated that while Logan isn’t a perfect film, it’s, by far, one of the best X-Men films that has come out. Of course, much of that has to do with Hugh Jackman. Jackman’s older, beaten down version of the former Wolverine is a refreshing take on the character. The story is adapted from the Old Man Logan comic book arc. The aging Logan’s regenerative powers begin to fade as do his fighting abilities. In the film, when the character fights his enemies, he seems to be fueled by emotion rather than his mutant powers. His vulnerability throughout the film keeps you on the edge of your seat during every battle and it brings a level of unpredictability to the story.

It was a nice touch for Patrick Stewart to return for this film as well. He adds to Logan’s vulnerability due to his mental state and his being confined to a wheelchair. You see their relationship ebb and flow onscreen and they have some heart wrenching moments together. The other big star of this film is young Dafne Keen. As Laura, she rarely speaks but she often lets her fighting skills do the talking. Her intensity is off the charts for such a young actress and, more importantly, she’s believable as a dangerous weapon. The closest comparison one can make is to Hit-Girl from the film, Kick-Ass, minus the humor.

Overall, the film really excels in its portrayals of relationships. This isn’t often a trope of comic book films. Sure, characters can have good chemistry but it’s rare for such strong bonds between the actors and their characters to be so evident. Of course, Jackman and Stewart have done this song and dance numerous times before this film. However, in Logan, it feels like the two truly need each other for their characters to survive. While they do butt heads, there’s a paternal relationship that works both ways depending on the circumstances. Also, the relationship between Logan and Laura is strained at first. Eventually though, their bond becomes possibly as strong as the one between Logan and Xavier. 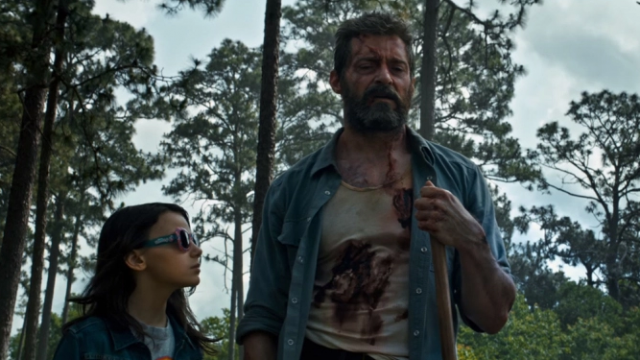 While the relationships between characters are certainly a highlight of the film, there’s still something lacking about the overall emotion. Without ruining anything, the film has some poignant moments that don’t affect as much as you’d expect them to. Perhaps, due to Logan being so physically and emotionally battered throughout the entirety of the film, the heavyhearted moments just don’t stick out as they should.

Despite being a very good entry to the X-Men series, Logan still doesn’t feel like Fox has delivered its best. While the relationships between the main characters are the film’s biggest highlight, the villains are kind of blah. The final villain especially is a bit of an eye-roller. The western theme is a perfect setting for Jackman’s last ride and fans were finally treated to an R-rated Wolverine. Though, some of the language seems a bit forced specifically from Patrick Stewart. Regardless, Logan is an entertaining swansong for Jackman’s tenure as Wolverine. It helps to see the previous films before this one but it’s not entirely necessary. It’s certainly possible to view Logan as a standalone X-Men film. Despite its flaws, Logan truly feels like a suitable film made to honor Jackman for his service.