Sometimes in cinema, it’s easy to forget that there’s more out there than what’s just playing at the local movie theater. In today’s digital age, there are numerous ways for independent filmmakers to get their work seen all over the world. It’s also easy to forget that not every film has to have a two hour runtime to pack an emotional punch. Yet, Malaysian director, Michael Wong, does just that with his nine minute and twenty-three second short film, The Story of 90 Coins.

Before moving into the world of independent filmmaking, Wong spent sixteen years working as an ad agency art director and creative director. In the past, he has done work for major companies like Mercedes-Benz, Johnson & Johnson, and Samsung. His directorial debut, The Story of 90 Coins, has already received dozens of accolades from international film festivals. Due to his creative eye and attention to detail, it’s certainly no surprise.

The film begins with a man and a woman overlooking a city skyline. The man, Wang Yuyang (Dongjun Han), pledges to win the woman, Chen Wen’s (Zhuang Zhiqi), heart over a period of 90 days. Each day, he gives her a coin in a small envelope and their relationship grows just as Wang Yuyang intended it to. As time goes on, the honeymoon period of their relationship begins to wear and the usual stress of a relationship sets in. From here, the couple must decide how to proceed with their future on the line. 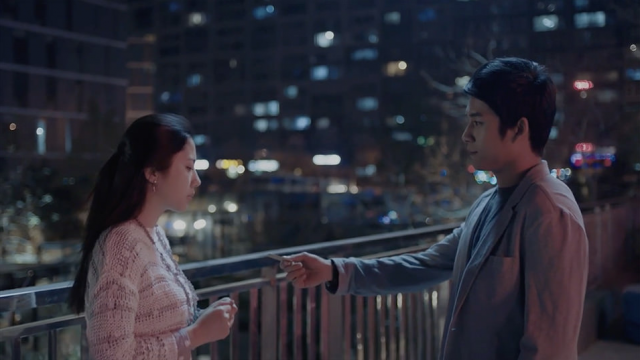 For a film that’s just shy of nine and a half minutes long, it’s a tall order to pull viewers into the emotional story. However, that’s not an issue here. Anyone who has been in a trying relationship should be able to relate to this story. As people become complacent, excel in their careers, and simply grow apart, there are always obstacles to overcome. While the relationship between Wang Yuyang and Chen Wen begins quickly, the chemistry between the two leads is quite convincing. It’s easy to read the emotion on each of their faces throughout the highs and lows of their relationship.

Perhaps the most impressive aspect of the film, though, is in its cinematography and camerawork. There are countless breathtaking shots throughout The Story of 90 Coins. Not surprisingly, the film has won numerous festival awards for its cinematography. The focus of every shot is crisp and clear. Images in the background are often out of focus and give the film a dreamlike feel. On top of that, all of the shots are intriguing to look at and given time to breathe. Technically speaking, the film is perfect. 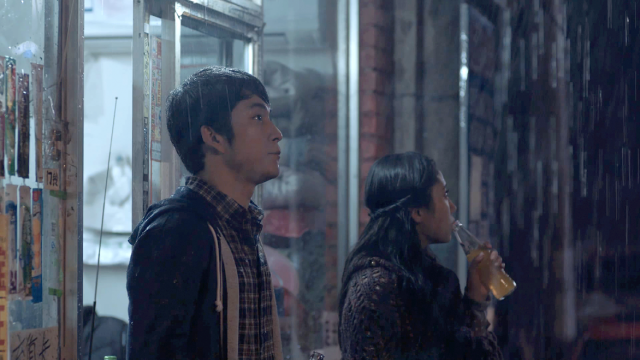 That being said, there are a few minor issues with Wong’s short film. At times, some of the scenes feel a tad bit melodramatic. Being a romance, its performances and subject matter convey the emotion very well. Yet, the emotional climax of the film is just slightly overdone. During the climax, Chen Wen is sobbing during a voiceover from Wang Yuyang. It’s an important moment but a more subdued delivery with only a few revelatory tears may have been more impactful. Also, the music, while unique and original, adds to the overall “soap opera” feel to some of the scenes. These things aren’t backbreaking issues by any means and don’t tarnish what the film accomplishes. They just feel like they could use some minor tweaks.

Michael Wong’s The Story of 90 coins is an excellent debut for the filmmaker. Stylistically, it’s absolutely stunning and the story is familiar and relatable. Without spoiling anything, the film’s final message is one that everyone should live by. It will certainly be interesting to see where Wong goes from here. In terms of technicality, it wouldn’t be hard to see him aiming for a full length feature in the near future. There have certainly been theatrically released films that aren’t as pretty to look at as this short. Either way, The Story of 90 Coins is an impressive film for a first time director and is plenty worthy of its accolades.

The Story of 90 Coins from Michael Wong on Vimeo. Also, check out the film’s official Facebook page.