By now, you know the drill. It’s time for another new film from Marvel Studios. Until the comic book giant has a misstep, every review is going to start out the same as the company continues to dominate with its Cinematic Universe. This time, though, they’re in a partnership with Sony to use one of their most beloved characters in the MCU. With Spider-Man: Homecoming, the webslinger returns to Marvel with a new style, look, and actor.

While we won’t delve too much into the history of Spider-Man in cinema (for more on that, check out our State of the Franchise from last week), we’ll get the important facts out of the way. After promising beginnings, both of Sony/Columbia Pictures’ previous attempts at a long running Spider-Man series flamed out in epic fashion. Spider-Man 3 destroyed all of the goodwill that its predecessors had built while The Amazing Spider-Man 2 tried to go too big, too fast. Sony clearly needed guidance with the character and Marvel desperately wanted to regain Spidey’s film rights. In the case of Spider-Man: Homecoming, it appears that both companies will certainly benefit from the partnership.

Tom Holland plays the new Peter Parker/Spider-Man following the events of Captain America: Civil War. With his new powers, Peter goes through growing pains as he balances his social life, schoolwork, and crime fighting responsibilities. His relationship with Tony Stark (Robert Downey Jr.) is somewhat strained as Tony has Happy Hogan (Jon Favreau) monitor him. Peter expects to become a member of the Avengers while Tony wants him to remain a “friendly, neighborhood Spider-Man.” It’s only when Adrian Toomes AKA Vulture (Michael Keaton) emerges as a major arms dealer in New York City that Peter finally sees a way to prove his worth to Tony and the Avengers.

As the film begins, you quickly realize that this is a different approach than before. Holland, as the third iteration of Peter Parker, is an uppity high school kid who craves the adventure and prestige of being Spider-Man. In past versions, the character only went through minor periods of adjustment before having full control of his abilities. Holland’s Spidey has his impressive moments but is also extremely awkward as he doesn’t fully grasp all of the nuances of the job he’s tasked with. His performance feels legitimate as someone who’s trying to figure out their craft. He’s also perfect as the brilliant, but nerdy, Peter Parker. He’s extremely likable and relatable as he not only figures out how to be a hero but also a regular high school kid. 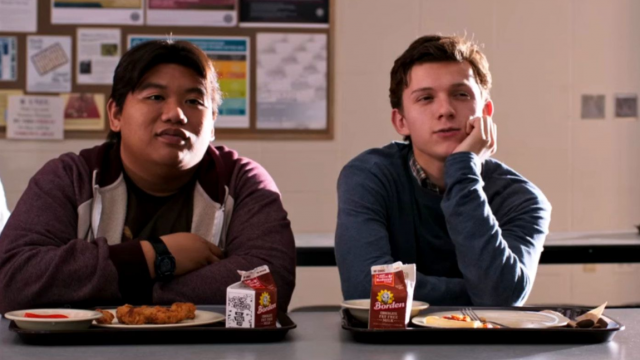 Most of the other characters in Spider-Man: Homecoming are great as well. While not given a ton of time to shine, Michael Keaton’s Vulture is tied into the events of 2012’s The Avengers and it works very well. As a salvager, he was contracted to clean up the alien technology in New York. Instead of turning it over to the authorities, he decides to keep some of it to manufacture weapons. Even his Vulture suit is created from the alien tech. Marisa Tomei plays a younger, more attractive version of Peter’s Aunt May and steals a lot of her scenes. The one character that wears on you relatively quickly is Peter’s friend, Ned (Jacob Batalon). After learning of Peter’s dual identities, he becomes the ultimate Spider-Man fanboy and doesn’t let up for the entire film. While he’s mainly used as comedy, it comes off more annoying than anything.

Another annoyance in the film is with its action scenes. This has been a huge issue in a lot of big budget action films in recent years. The nonstop camera movements and choppy editing make for some ugly scenes. Specifically, the film’s climax is so disorienting through its incessant quick cuts that it’s simply not fun to watch. Filmmakers need to realize that it’s alright to let choreography and patience establish the flow of a scene instead of constant movement. That being said, there are some other great moments with Spidey chasing down a van and fighting a group of criminals robbing an ATM that make up for some of the uglier action. 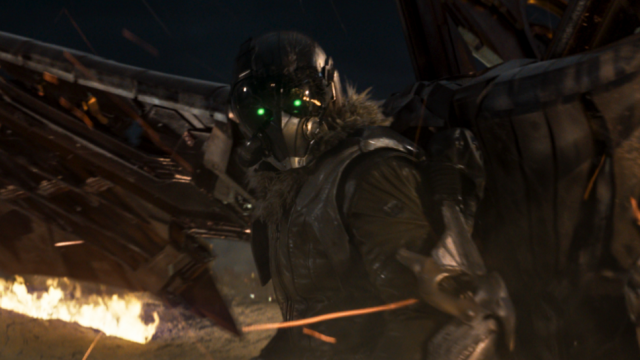 As far as the issues go, there isn’t much else to mention. Marvel’s first feature with the character is a lot of fun overall. The wisecracks and humorous interactions that Spider-Man is known for are all back. Some of the funniest moments come from him dealing with mundane tasks such as landing on a golf course with nothing to shoot his webbing at. Therefore, he has to run across instead of use his abilities. There were times, especially in Sam Raimi’s original trilogy, that the plot became too serious and lost its fun. Homecoming never forgets to have fun even in the most dire of moments. An orchestral version of the Spider-Man theme song opens the film and sets the tone for its entire runtime.

Simply put, Spider-Man: Homecoming is the best Spidey film since Raimi’s Spider-Man 2. It keeps its overall scope relatively small while leaving a lot of room for the character to grow. Tom Holland is easily the most entertaining actor to don the suit and comes the closest to becoming the character from the comics. While the film has some of the typical Marvel flaws, it’s still an entertaining experience and it’ll be hard to wait to see more of this character. Keaton’s Vulture is probably the most memorable MCU villain not named Loki and it’d also be nice to see him return in some fashion. By throwing a number of Easter egg villains into Vulture’s entourage, Marvel has set themselves up nicely to take the story in any direction they please. Ultimately, Spider-Man: Homecoming does all the right things to make the character feel new again while also paving the way to a bright future.