When a film starts mixing different genres, it can be a recipe for disaster. Take, for instance, Green Room. It was a solid, suspenseful film that seemingly turns into something out of First Blood by the end. Then you have something like From Dusk Till Dawn which turns from serious into absolute insanity which can be quite polarizing depending on viewer taste. When it comes to Gavin O’Connor’s newest film, The Accountant there’s a perfect balance between comedy, drama, action, and mystery which leads to a very entertaining movie-going experience.

O’Connor has had a somewhat quiet career with Miracle and Warrior being his two biggest critical successes. He has also had some lukewarm responses on films like Jane Got a Gun and Pride and Glory. Following the release of the first trailer for O’Connor’s new film, The Accountant, a pairing with an ever-successful Ben Affleck certainly seemed to be a good move. Affleck has been on a role in recent years with an impressive resume that includes roles in Argo, Gone Girl, and his excellent turn as the dark knight in Batman v Superman: Dawn of Justice.

The Accountant stars Affleck as Christian Wolff, a man with high functioning autism and a mathematician. While lying low with his own small, public accounting firm, he also uncooks the books for dangerous criminals on the side. In the film, Chris takes a job from a company called Living Robotics to find irregularities in their books. They’re originally discovered by one of their own employees, Dana Cummings (Anna Kendrick). Following Chris’s involvement, both he and Dana have a hit put out on them. From there, Chris is tasked with keeping Dana safe by using his combat skills and his pinpoint accuracy as a practicing sniper.

Meanwhile, Raymond King (J.K. Simmons), the director of financial crimes in the Treasury Department, pursues the man he knows only as “The Accountant” with help from analyst Marybeth Medina (Cynthia Addai-Robinson). The rest of the cast includes Jeffrey Tambor, John Lithgow and Jean Smart as the CEO and associated of Living Robotics respectively, and Jon Bernthal as The Assassin.

As can be seen by the list of names above, the cast is quite good. Affleck is great as the lethal, yet socially awkward, Christian Wolff. He’s able to flip a mental switch between being hard-pressed to engage in regular conversation to being a killing machine when under duress. Equally as entertaining is Jon Bernthal as The Assassin. He brings quite a bit of comedy to the role. He’s dangerous yet personable and he always appears to give his potential victims a chance for a non-violent outcome. Anna Kendrick is alright as Dana. She’s not especially great but she’s not horrible either. She’s at her best during her uncomfortable interactions with Chris.

One of the main problems with the film is the inclusion of King and Medina from the Treasury Department. While J.K. Simmons is entertaining as always, he’s only in the film to provide the background for Chris. Often, you’ll see instances where a character is merely telling the audience important plot points as opposed to showing them. That’s what the character of Raymond King is used for in The Accountant. Also, Cynthia Addai-Robinson as Medina the weakest member of the cast by far. Her character is unnecessary within the film and her acting doesn’t stand out enough to make up for it. Essentially, the whole storyline about Chris being hunted by the Treasury Department doesn’t need to be in the film. 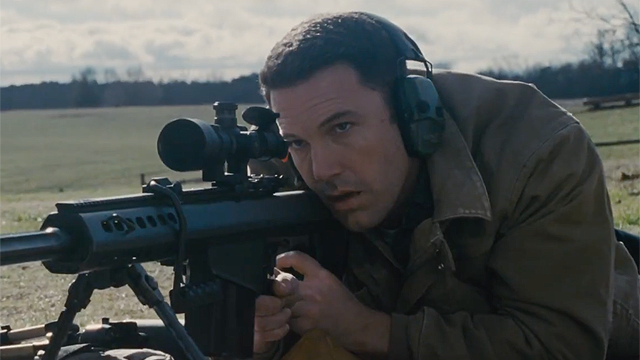 On the other hand, the best thing about The Accountant is just how awkward the entire experience is. There are some extremely serious moments that are followed by quick comic relief. Sometimes the usage of comedy interjected into something serious can stick out in a bad way. In this film, the character of Christian Wolff makes it acceptable. It truly feels like how his character would react to the situations he’s in. Action scenes where Chris picks off enemies are often followed by bizarre social situations that immediately lighten the tone.

The Accountant is at its best when it’s not taking itself too seriously. It seems like the actors and actresses had fun making this film and Ben Affleck and Jon Bernthal especially shine. Gavin O’Connor has crafted a visually sterile yet emotionally spirited work about a character with little outward sentiment. While The Accountant isn’t perfect by any means, it’s an entertaining experience that successfully blends styles and keeps you hooked until the very end.