Ever since the uber-success of AMC’s Breaking Bad, Bryan Cranston has been a hot commodity in Hollywood. During his stint as everyone’s favorite methamphetamine dealing, high school chemistry teacher, Walter White, Cranston frequently received supporting roles in films like Drive and Argo. In 2015, he was finally cast as a lead in Trumbo, for which he was nominated for an Academy Award. This year, Cranston brandishes his superb acting chops once again in The Infiltrator.

Overshadowed by the big budget Ghostbusters remake, The Infiltrator is quite entertaining. Based on true events, the film does its best to show the inner workings of the largest money laundering ring in the world at the time. In a lot of ways, it’s your typical spy-thriller yet it does well to establish the main characters and give them humanity while also questioning the morality of both sides of the law.

The plot of the film revolves around Robert Mazur (Cranston) as he infiltrates and ascends Pablo Escobar’s money laundering organization. Mazur takes on the alias of Bob Musella and cons his way into the cartel with the help of his partner, Emir Abreu (John Leguizamo). As Mazur finds himself farther onto the other side of the law, he befriends many of Escobar’s high level operatives, specifically Roberto Alcaino (Benjamin Bratt). In doing so, he strains his relationship with others, including his family. Throughout the film, Mazur balances his jobs as a businessman, money launderer, and undercover agent along with a fake engagement to a female agent (Diane Kruger) and his responsibilities as a real-life husband. 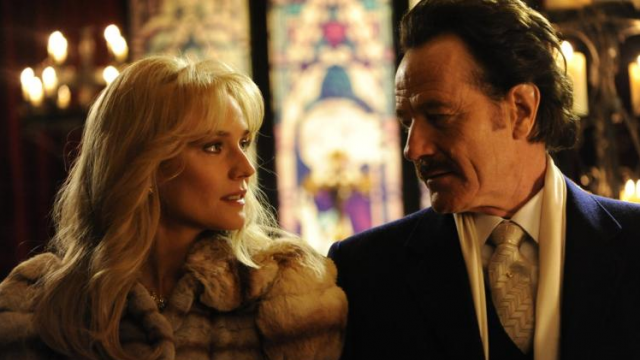 Firstly, The Infiltrator does a great job of recreating the 1980’s. Director Brad Furman’s usage of music, color, and costumes takes you completely out of the modern age. Unlike spy films of today, there aren’t any computers, internet, or cell phones. The film shows the characters as they gain the trust of their enemies while also trying to catch them in criminal acts by using technology of the time.

Of course, Bryan Cranston drives this movie and makes it what it is. However, the rest of the cast pulls their weight as well. Kruger as Kathy Ertz is ridiculously likable as she fits into Mazur’s con perfectly. She plays the perfect trophy wife and takes some of the heat off of Mazur as he strengthens his relationships with the enemy. John Leguizamo excelled as a greasy conman in Season 2 of Netflix’s Bloodline. He plays a similar role in The Infiltrator. This time, on the side of the law. Benjamin Bratt is absolutely perfect as Roberto Alcaino. He plays the character with such strong emotion. You can truly feel that Alcaino accepts and loves the man he knows as Bob Musella as a brother. The relationship between the two makes the outcome of the events of the film mean that much more. 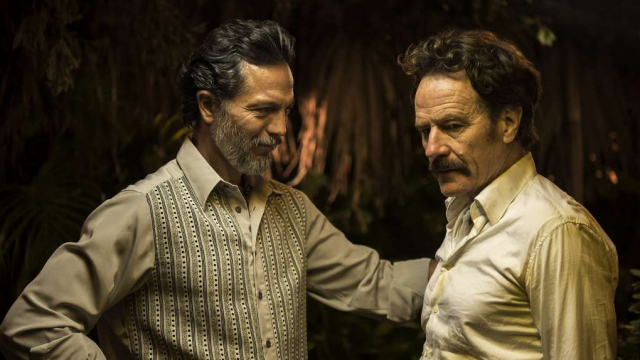 However, The Infiltrator is not a perfect film. While there are a lot of things it does well, it is burdened by a few issues. The main issue with the film is the pacing. The real Robert Mazur took 18 months to set up his money laundering operation through previously established businesses. While the film does show this, it’s breezed over pretty quickly. One moment, Mazur is busting a low level criminal and, then the next, he’s working his way through the cartel. The transition simply happens much too fast.

Also, the criminals in the film seem to be far too trusting. A lot of this has to do with the frantic pacing. There’s a scene where Emir’s informant is surprised by Mazur coming out of a room and pulls a gun on him. The scene ends shortly after that and it’s not really mentioned again afterwards. The informant continues working for Emir and Mazur isn’t had by the other targets. There are quite a few characters that Mazur befriends so it’s understandable that the filmmakers had to keep the story moving. Ultimately, though, the editing could’ve certainly been touched up to provide a better overall flow.

Overall, The Infiltrator has far more to like than dislike about it. Bryan Cranston is fantastic in the lead role and the supporting cast is equally as impressive. The biggest concern about the film is the editing and pacing. Even that isn’t bad enough to bring the film down that much though. The acting is excellent. The set design is beautiful. The story is made better just by knowing that it’s based on real events. The Infiltrator isn’t going to change the way spy films are made but it’s more than worthy of a watch for casual moviegoers and film buffs alike.