After nearly a decade of Marvel Entertainment raking in the benefits of their shared universe, other companies have started attempting to unite their own characters. Of course, we’ve gone over DC’s failed attempts to kickstart their Extended Universe ad nauseum but now Universal has thrown their hat into the ring. With the recent announcement of their Dark Universe, all eyes have fallen onto Universal and their first installment, The Mummy.

Needless to say, this is not the first the first Mummy film ever made nor is it even the first remake. The original Universal film was released in 1932 and starred the legendary Boris Karloff as Imhotep. Imhotep is brought back to life by a magic scroll and he searches for his lost love who he believes to be reincarnated into a woman from the modern day. There were no direct sequels to the Karloff film but an additional series was spawned with a new mummy named Kharis. There was also another series produced in the 1950’s from British company, Hammer Film Productions. The Hammer films felt more like remakes of the Kharis films as opposed to the original.

Nowadays, though, most people associate the 1999 remake starring Brendan Fraser with the classic monster. This most recent version of The Mummy is more of an action/adventure series than horror. It’s similar to the Indiana Jones franchise with its comedy and swashbuckling action style. Despite mixed critical reviews, the film received two sequels in The Mummy Returns and The Mummy: Tomb of the Dragon Emperor in 2001 and 2008 respectively.

Now, we have the 2017 reboot. The film follows a thief named Nick Morton (Tom Cruise) as he discovers an ancient Egyptian tomb in modern day Iraq. The legend is that Princess Ahmanet (Sofia Boutella) betrayed and murdered her family after losing her right to her father’s throne. She was erased from history and mummified alive. After Nick, his partner, Chris Vail (Jake Johnson), and archaeologist love interest, Jenny Halsey (Annabelle Wallis), remove Ahmanet’s sarcophagus from the tomb, strange occurrences begin. As her savior, Nick is put under the spell of Ahmanet. He survives a plane crash without a scratch as Ahmanet rises and begins terrorizing London. Her goal is to recover a dagger to use on Nick that will allow the Egyptian god, Set, to enter his body. 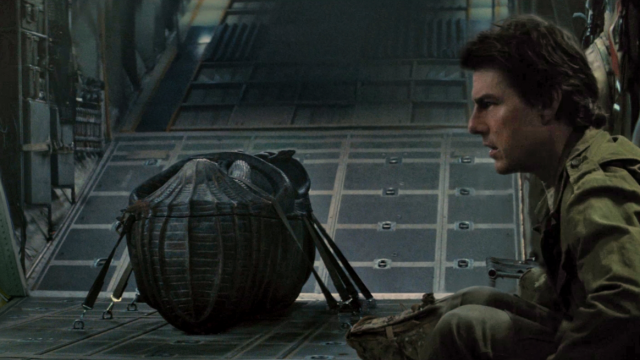 To be frank, the early trailers for this film looked like garbage. While we blasted them for their nonstop action sequences, very little was shown of the story. After seeing the film, to be fair, the story isn’t terrible. It’s not much different from previous incarnations of The Mummy. Basically, Ahmanet is seeking to do the same thing as Imhotep from the 1932 and 1999 versions. She wants to resurrect someone in a modern day body. The action scenes shown in the trailers come off much better in the actual film. While they’re not mind blowing, they also don’t feel unnecessary or over-the-top given their context.

There aren’t any necessarily bad characters either. While Tom Cruise can be a bit polarizing, he actually does a solid job here. At times, this film really feels like an installment of the Uncharted video game series. Cruise has a similar wisecracking swagger as protagonist Nathan Drake. His partner, Vail, plays a comedic role that sometimes falls flat. He just quips a little too much for his brief amount of screen time. Sofia Boutella is very good as the new mummy even though she’s often overshadowed by a convoluted plot. Russell Crowe also has an important role in the film as Henry Jekyll. As previously stated, this is the first film in a shared universe of classic Universal monsters. Jekyll seems like he will be the link between them all as the universe grows with its subsequent films. He’s basically this universe’s Nick Fury. 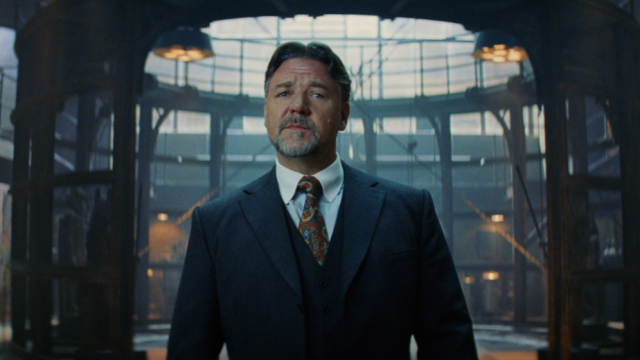 Still, though, there’s just something off about The Mummy. It can’t completely decide what it wants to be. There’s no doubt that having six (six!) writers on the film has to do with that. At times, it feels like the 1999 film and even borrows straight from it with Ahmanet’s face appearing in a giant sandstorm. Then, it slows down and tries to establish the “new age of Gods and Monsters” that Universal has preached since earlier this month. Mixed in with this is a bit of physical and psychological horror. The psychological aspect of the film is probably the most interesting given the mental link between Nick and Ahmanet. It’s too bad the filmmakers couldn’t do more with it.

When all’s said and done, The Mummy isn’t nearly as bad as expected. It’s a very flawed film but it’s entertaining enough to keep your interest. If one was to speculate, Universal wasn’t all in on the Dark Universe idea during the film’s production. It seems as if the Easter eggs for the other monsters were added in much later. The film is strangely paced with a bombastic beginning and ending with a lot of extraneous story filling the middle. If nothing else, The Mummy is its own standalone film. While it’s not a great or necessarily memorable one, it’s your typical summer blockbuster fare. Essentially, it’s a popcorn movie. For all of us Universal Monster fans, hopefully the studio learns from this film and gets their Dark Universe on one coherent path with their next attempt.