Just when you thought filmmakers and studios had figured out a way to resurrect the horror genre with films like A Quiet Place and Hereditary, audience expectations come crashing back to Earth. Of course, not every horror film in recent memory has been a standout but there have been some stellar titles released in the past few years. The reason for this is that people have been taking horror seriously. Eternally known as a schlock genre, recent filmmakers have been able to treat their stories as art as opposed to cheap thrills. This has gone over unbelievably well with much praise being heaped on films like The Witch and Get Out along with the aforementioned examples. That being said, with all of the great horror films being released, Nicholas McCarthy’s new film, The Prodigy, is not one of them.

This isn’t McCarthy’s first foray into the horror genre. His first film, The Pact, centers around a woman who struggles to come to grips with her past following her mother’s death and sister’s disappearance. In addition, a disturbing presence emerges in their family home. Released in 2012 and adapted from McCarthy’s 2011 short of the same name, The Pact was a ho-hum horror affair. It was followed by 2014’s At the Devil’s Door which garnered similar reception as its predecessor. Since then, McCarthy has helmed a few episodes of A Crime to Remember, which airs on the Investigation Discovery network, and a segment in the themed anthology film, Holidays.

The Prodigy begins with a young woman named Margaret St. James (Brittany Allen) escaping from her unknown captor (Paul Fauteux) who’s soon gunned down by police. This is juxtaposed with the pregnancy of Sarah (Taylor Schilling) and John (Peter Mooney) and the subsequent birth of their son, Miles (Jackson Robert Scott). The film fast forwards eight years as Sarah and John learn that Miles is extremely intelligent and develops quicker than other children. Though, there are also some odd occurrences that start happening. Miles talks in his sleep, lashes out at others, and does things that worry his parents. Soon, they learn that something sinister may be effecting Miles and taking over his body.

While these all sound like relatively standard horror tropes, there’s at least a little added wrinkle to the story overall. It’s not just the usual demonic possession or devil child plot. Though it does feel familiar, it’s not necessarily a carbon copy of things that came before either. The performances help in this respect. Taylor Schilling feels a bit strange out of her Orange is the New Black role but plays the part of a caring, albeit naive, mother quite well. You understand her situation and difficulty trying to figure out what’s wrong with Miles. Peter Mooney is definitely the less spotlighted parent here but he does a good job with the time he’s given. Jackson Robert Scott may be the new go-to child actor after his role as Georgie in 2017’s It and now this film. He’s probably the best thing about The Prodigy as he bounces back and forth between happy-go-lucky eight year old and something more evil.

The film is also very well made in terms of its technical aspects. Nicholas McCarthy and company put together some really great juxtapositions between characters and some excellent shots overall. There is certainly an atmosphere to the film which at least gives it a type of personality. Some horror films seem to lack identity as the events simply play out while lacking an aura or mood. That’s not the case here. Despite its many shortcomings that we’re about to get to, The Prodigy is a very competently made horror film. Again, technically speaking, it fits right in alongside many of the previously mentioned titles of Hollywood’s horror renaissance.

However, that’s where the praise ends as there are a plethora of issues with this film. There are some laughably bad moments in the film which are just bewildering to bear witness to. The kidnapper in the beginning is naked when he’s taken down by the police and, instead of showing his nether regions onscreen, everything is obscured like in an Austin Powers movie. It’s an odd decision and, frankly, there really wasn’t a need for him to be naked in the first place. Yes, there’s a visual that the film is aiming for but it’s quite on-the-nose and unnecessary. Then, there’s another scene where evil Miles is blackmailing Arthur Jacobson (Colm Feore), an expert who’s trying to help him. He explains in detail how he’ll ruin Arthur and it just feels like too much in general. It’s supposed to be an uncomfortable scene for the audience and it is. Though, it’s in a bad way and not really in a creepy or terrifying way. 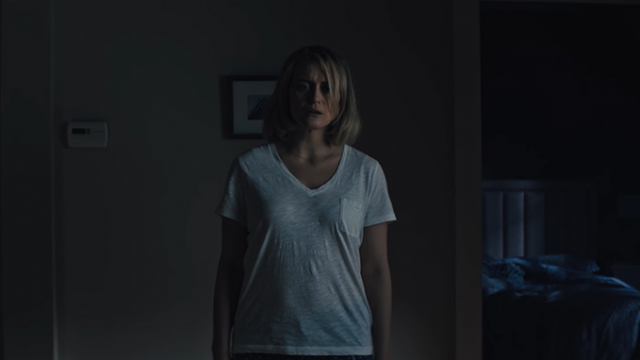 The worst thing about The Prodigy is definitely its storytelling. If you’re even slightly well-versed in horror, you will see everything coming from a mile away. The twists and turns throughout the story aren’t clever or well done. Many of them are explicitly told to you by the characters instead of being discovered. For example, when trying to figure out what’s wrong with Miles, the characters jump straight to the problem. There’s no trial period, tests, or anything of that nature. Dr. Elaine Strasser (Paula Boudreau) meets with Miles and then recommends Arthur who deals in a very specific field. Again, there’s no progression or logical sequence that gets the characters to arrive at this conclusion. While this isn’t uncommon in horror, recent films have shown us that a little ambiguity can go a long way. There’s definitely none of that here.

Nicholas McCarthy’s The Prodigy continues 2019’s streak of poor films. Thus far, the only In Theaters Review film with a positive score on this site this year is Vice. Yet, that was a Christmas release that simply hadn’t hit the local theater until later. Needless to say, the year isn’t off to a hot start. When it comes to a film like The Prodigy, there have been far too many excellent horror releases in the past five years that put this one to shame. Whether it’s through storytelling, originality, or thrills, The Prodigy falls well short of meeting the heights of its contemporaries. It’s not the worst film you’ll see this year (it’s much better than Glass) but it’s likely to be one of the most forgettable.