Historical dramas are often held to different standards than other types of films. Why? Not only does there need to be an engaging story and characters to latch onto but the historical event also needs to be done justice. Past works like Schindler’s List, Braveheart, and Saving Private Ryan have been honored as some of the top historical dramas ever made. This is despite things like historical inaccuracies and/or fictional stories set during a real event. So, how does Terry George’s new film, The Promise, fall so short of the mark?

Firstly, the early reviews of the film must be addressed. Oddly enough, well before The Promise premiered, it was already getting battered in user reviews on IMDb. There were only three pre-release screenings of the film, yet, there were over 86,000 ratings logged on the popular movie database. It’s believed that the low ratings came from Armenian Genocide deniers which, in turn, triggered high ratings that evened the film’s score out to being middle of the road. In a nutshell, this is the overall case with The Promise in general.

Set during the backdrop of the Armenian Genocide in the final years of the Ottoman Empire, a medical student, Mikael (Oscar Isaac), travels to Constantinople to begin his studies. He promises to marry the daughter of a wealthy neighbor in his hometown of Sirun to raise enough money for his schooling. Upon arriving in Constantinople, Mikael meets fellow Armenian, Ana (Charlotte Le Bon). He also meets her significant other, Chris Myers (Christian Bale), who’s an American reporter for the Associated Press. Eventually, Mikael falls in love with Ana but, after avoiding being drafted to the Ottoman army at the onset of World War I, he’s sent to a prison labor camp due to his ancestry.

Later, Mikael is able to escape from the camp and reunite with his family in Sirun. Though, the Turks turn on the Armenians and Sirun is then under their rule. Mikael fulfills his earlier promise and marries the neighbor’s daughter and they relocate to an abandoned cabin outside the village. As the film continues, Mikael, Ana, and Chris reunite as the Armenian Genocide is in full effect and the Turkish and Ottoman armies begin to slay countless Armenians. 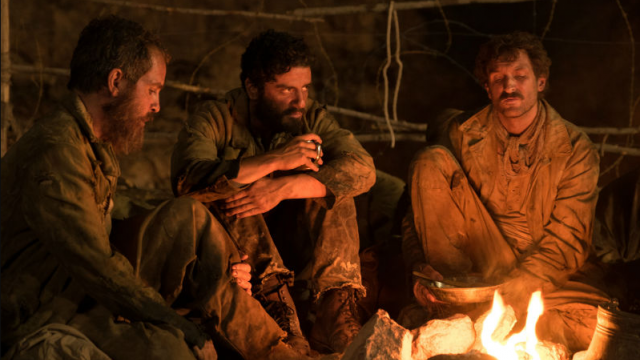 All of that may seem like a lot to absorb in one sitting and, frankly, it is. When the film starts out, you’re hit with different plot points rapidly. You have little to no time to understand what’s happening or to relate to the characters. The film’s runtime stands at a hefty two hours and thirteen minutes but could’ve easily went longer for clarity’s sake. As the viewer, you’re expected to take everything at face value. You don’t get to see Mikael and Ana fall in love necessarily. All of a sudden, within the span of a few scenes, they’re just “in love.” Also, while the relationship between the two should be forbidden due to both being linked to other people, it never really feels like that big of an issue for anyone.

To be honest, The Promise isn’t a horrible movie by any means. It just feels a bit misguided. It’s essentially two interesting ideas thrown together to make one sloppy film. The first half of the film focuses on the love triangle while the second half targets the Armenian Genocide. It seems obvious that this film didn’t need an additional love story to make it more interesting. The genocide has been a largely ignored event on film when compared to other catastrophic periods in history. Even today, the country of Turkey, who succeeded the Ottoman Empire, deny recognition of the event as genocide. Again, The Promise easily could’ve simply been about an important event in history and left a cobbled together love triangle by the wayside. 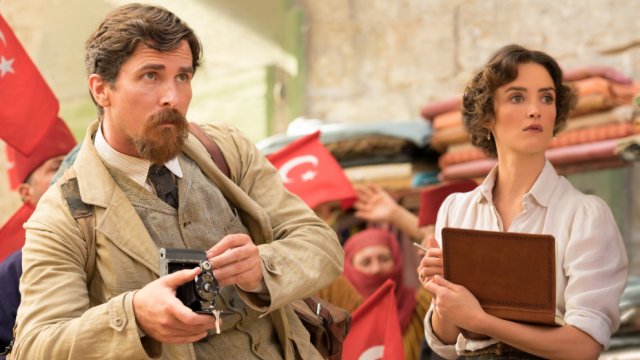 For as iffy as the relationships may be in the film, it’s not by fault of the cast. Oscar Isaac, Christian Bale, and Charlotte Le Bon are all great in their roles. Isaac continues to prove why he has been a rising star in Hollywood while Bale is as solid as always. Even the supporting cast, especially Shohreh Aghdashloo and Marwan Kenzari, shine in their limited screen time. Unfortunately for the actors, they just aren’t given much time to work with to establish their relationships. They do the best with what they have but it feels like it could’ve been so much more.

The Promise doesn’t deserve a really low or high review as it received before its release. It falls somewhere right in the middle. It’s a beautiful film to look at based on its locations but its jumbled in terms of substance. There’s a lot of “stuff” crammed into its 133 minute runtime but none of it hooks you the way it should. Basically, this is a film that didn’t know what it should be. There are a lot of interesting ideas but none of them gel completely with one another. The Promise has something powerful to say about a largely unrecognized tragedy but expect to have to dig a little to find it.