Undoubtedly, it’s tough to be a fan of horror films. Year after year, intriguing ideas come and go with little fanfare and, to be honest, it’s not really surprising. Somewhere along the way, filmmakers have forgotten how to build suspense and simply be original. Remakes, reboots, and carbon copies of other movies have flooded the release calendar in recent memory. That’s not to say that there are never any good horror movies being released but they are few and far between. For every It Follows or The Conjuring, there are countless films that fall flat despite their potential. We can add another one to the list of bland horror titles with one of the most average movies you’ll ever see in your entire life: Winchester.

The film is directed by Michael and Peter Spierig AKA the Spierig brothers. Together, the two have directed four previous films including Undead, Daybreakers, and Predestination. Their most recent work came in last year’s reboot of the Saw franchise, Jigsaw. For those who may not remember, that film didn’t receive a favorable review on this site. However, it was watchable until the ending. Well, that’s basically how Winchester plays out as well. It’s watchable.

The film centers on Sarah Winchester (Helen Mirren), the heiress of the Winchester Repeating Arms Company, and her mysterious mansion. Dr. Eric Price (Jason Clarke) is called upon by the company to evaluate Sarah’s mental health. She has a team working around the clock building onto her seven story mansion. Their renovations include building and/or remodeling rooms to house the malevolent spirits of all those killed by Winchester rifles. Along with Sarah, her niece, Marion Marriott (Sarah Snook), and Marion’s son, Henry (Finn Scicluna-O’Prey), also live in the mansion. In addition, Henry is directly affected by the spirits inhabiting the house. As Price arrives at the Winchester mansion, he begins to experience supernatural occurrences himself. 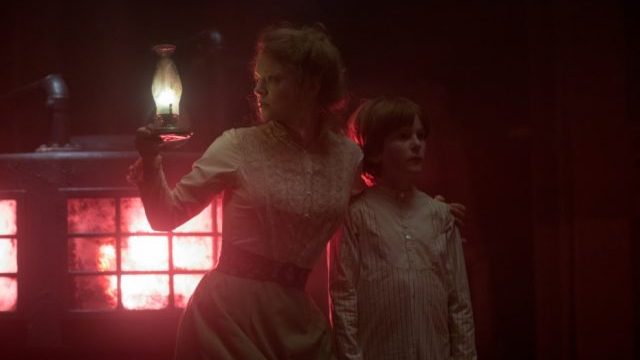 This is one of those films that’s “inspired by actual events” but, in turn, doesn’t offer up anything all that true. Sure, it does center on Sarah Winchester and her mansion. The constant construction was something that actually happened but there isn’t any actual evidence that anything supernatural did occur there. Regardless, the idea itself is pretty interesting. There are tours of the actual mansion that are still happening today and the wacky architecture is definitely a curiosity if nothing else. Taking some liberties in a feature length horror film should’ve been relatively easy with such a strange story.

Alas, this is not the case. The Spierig brothers somehow make a bland and lifeless film out of an intriguing plot. There are so many things they could’ve done with the different rooms and spirits. Instead, they resort to the typical haunted house tropes of jump scares, musical cues, and possessed children. These are all things that we’ve seen a hundred times before. The best way to describe the film is that it’s a combination of Insidious, Thirteen Ghosts, and a splash of From Hell given some of its imagery and setting. There’s absolutely nothing original about the scares and the film suffers dearly from it.

Another thing that doesn’t live up to the hype in this film is the mansion itself. It’s as bland and lifeless as the film’s execution. It has a nice Victorian era look but, other than that, there’s nothing special about it. Some of the outdoor shots are laughably bad as you can easily tell that they were shot on a sound stage. For anyone that saw the trailers, the main draw for the film was the story itself which focuses on Sarah Winchester and her gigantic haunted mansion. The mansion physically looks big but it doesn’t really feel labyrinthine as described. The filmmakers missed an opportunity to explore their own setting and make the audience feel as trapped as the characters. While a film like Thirteen Ghosts wasn’t met with rave reviews, at least it provided a cool cast of characters and made you feel like a rat in a maze. 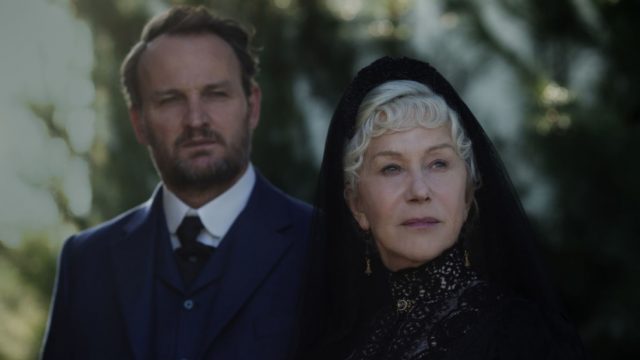 If there’s one thing that’s decent about Winchester, it’s the acting. Dame Helen Mirren tries her best to make you care about this film but even her performance isn’t amazing. Jason Clarke is alright as Dr. Price although Johnny Depp’s Inspector Abberline in From Hell is a much better interpretation of this type of character. The rest of the cast is just kind of there. None of them are necessarily bad but there’s nothing too special about them either. The young boy who plays Henry is your typical horror movie child in peril. It’s just predictable and wholly unoriginal.

To be frank, there’s just not a whole lot to say about Winchester. The idea itself is neat and it wouldn’t be a surprise if the mansion’s tours got a bit of buzz from the film. Other than that, there’s not much here in terms of substance. The performances are fine for what they are. Somehow, though, the Spierig brothers did a hell of a job mishandling their story’s biggest character: the mansion. With an Academy Award winning actress as the star and a real-life historical curiosity as its subject, there’s no reason that Winchester should be this lifeless and lackluster. You won’t be insulted by the quality of the film but Winchester is an entirely ineffectual and unimpressive horror experience in general.

One Thought to “In Theaters Review: Winchester”