Documentaries seem to be in something of a boom period right now for the casual movie audience. Whether they cover historical events, video games, sports teams, music, or even serial killers, film lovers have gotten hooked on new documentaries being released. No matter the content, the purpose of this film genre is always to make the viewer feel something and/or understand a particular point of view on a given subject. Then, what happens when a documentary doesn’t really do these things? What if a film instead reveals an emotionless tale of possible sexual addiction, excess, and blatant moral disregard? In this case, you end up with a very different documentary experience in the form of Al Bailey’s directorial debut, DTF.

The film originally saw Bailey on a mission to help his friend, an airplane pilot dubbed “Christian” to maintain anonymity, find true love via dating apps like Tinder. There’s a jet-setting structure to the film as “Christian” and Bailey constantly visit different locales and take in some of the sights and activities each has to offer before moving on to the next destination. “Christian” sets up dates with women as Bailey and his small camera crew observe from afar. However, it turns out that “Christian” isn’t especially interested in finding love. Instead, his fascination with women is more in line with sex addiction as he lives a life full of alcohol consumption and occasional drug use to pass the time until his next flight. Throughout the film, “Christian’s” antics fly directly in the face of Bailey’s original goal as the two are frequently at odds with the film’s message tainted by its own subject.

While “Christian’s” partying and issues with addiction aren’t typically healthy on a human level, they make for an interesting and, if nothing else, eventful documentary. Frankly, a film about someone looking for love isn’t overly original. A lot of people look for love in different ways to varying results. Television shows like The Bachelor or The Bachelorette have cornered a market like this for a long time. While it’s true that the life of an airplane pilot is probably hectic as they’re always on the go, that leaves very little room for legitimate romance. As a viewer, you can understand “Christian’s” disregard for anything real even if his actions are almost always unsavory and even despicable. 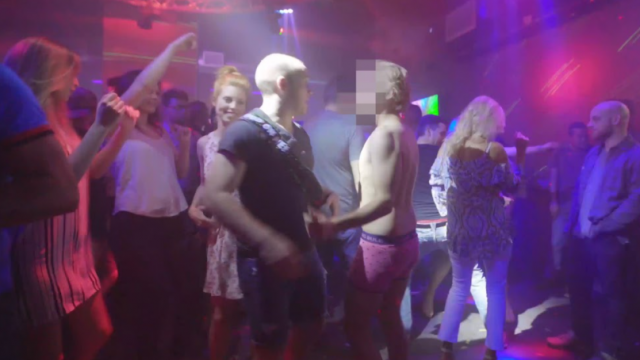 What we get instead is something of a character study on “Christian.” Even with his face blurred and his voice distorted, “Christian” is one of the most unlikable characters you could ever imagine. Yet, you hang on everything he does to see just how depraved he can be. His words carry very little substance as they mostly consist of finding his next drink or sexual partner and his actions are even worse. Throughout the film, he approaches women and openly asks them to sleep with him, strips down at a nightclub while on ecstasy, and attempts to ditch his friend and filmmaker Al Bailey at nearly every turn. The only times he’s not trying to bail on the film is when he’s coaxing Bailey into partying with him in Las Vegas. Speaking of Bailey, more often than not, he’s the person that the audience will mostly identify with. In addition to spending the most time with him, he’s often the victim of “Christian’s” carelessness. Bailey always remains dedicated to finding love for his friend but struggles to do so since “Christian” doesn’t share the same goal. It kind of makes you question Bailey for his gullibility and for choosing such a person for his subject.

So, if DTF doesn’t end up being about love and it’s not really about a pilot’s overall lifestyle, then what’s it about? The only word that comes to mind is “ugliness.” It’s a film about a self-serving, narcissistic person with no regard for anyone around him or depending on him. There are brief moments where “Christian” talks about actually being a pilot but they are few and far between. He claims that all pilots share his same hobbies which really doesn’t seem likely. If it is, that’s a huge problem that airlines should immediately start investigating. The constant globe-trotting keeps the film fresh throughout its runtime but it’s often rinse and repeat with “Christian.” Again, it’s always “next drink, next woman” any time he’s onscreen. There’s some playful banter between him and Bailey but, for the most part, it’s usually just human nature at its worst all the time. In this regard, DTF is kind of like a car crash in that you constantly find your eyes drawn to the screen even though you won’t always like what you see. 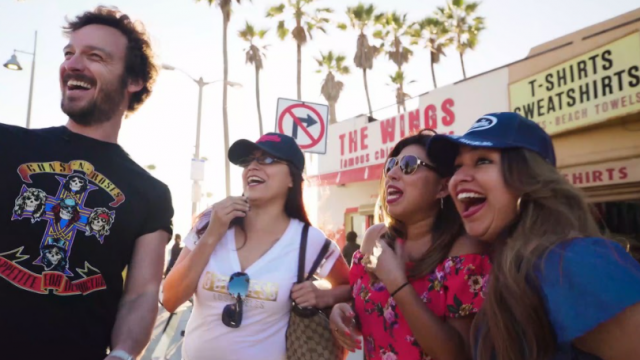 While all of the promotional material for the film firmly claim that DTF is a documentary, it’s hard not to question its authenticity at times. Do people really act like this? The answer is, well, yes. However, the question you should be asking is, “Do people like Al Bailey really sit here and deal with all of this?” The answer should be no. Even though “Christian” is the subject of the film, there’s nothing of substance for viewers to latch onto. We don’t learn or experience anything and there’s very little point to watching this guy walk around trying to hook up with women. If “Christian” is really this uninteresting as a subject, then why would Bailey stick around especially after their friendship was consistently pounded into dust? Also, many of the women that “Christian” goes on dates with don’t have their faces blurred out which seems strange. Perhaps being on camera was their attention but that also calls into question the legitimacy of the film. If these women just wanted to be featured in a film, then their intentions probably weren’t to find love or a relationship either. In all, all of the events and outcomes feel a little convenient and even stagy at times to be real. Hopefully, this isn’t the case but it’s something that had to be mentioned. Then again, maybe it’d be better for it to be fake given “Christian’s” knack for being so vile.

Despite its ugliness and somewhat lack of purpose, DTF is a spectacle. If this is truly how an airplane pilot spends his free time, it should make a lot of people debate whether or not they want to fly across the world any time soon. We still question why this particular man, code-named “Christian,” was made the focus but he certainly does make the experience unique. What would’ve bumped the film up a little bit as well as made it more legitimate is if Bailey and his crew reached out to multiple pilots about their lifestyle. While it’s true that not everyone would go for being followed around by a camera, even a few different perspectives could’ve offered insight into what seems to be a taxing career. By only following “Christian,” DTF feels a bit unreliable in painting an accurate picture of this. For viewers looking for something unapologetic and raw, DTF features a trip you may like to go on. Though, if “Christian” is indeed correct in saying that all pilots function like he does, you may not want fly there.

*DTF is currently available for rent or purchase on video-on-demand platforms like Amazon, Google Play, Vudu, and YouTube. Check out the trailer below.*