The slasher film has long been a tired subgenre of horror. Classics like Halloween, Friday the 13th, and A Nightmare on Elm Street have influenced countless filmmakers and stories over the years. Yet, the glory days of slashers is long gone. That’s not to say that the subgenre has nothing left to offer but standout titles are few and far between. Therefore, it’s refreshing to see a stereotypical slasher plot that provides some intriguing ideas in addition to what viewers expect. Benjamin Ironside Koppin’s film, Made Me Do It, recently saw release on video-on-demand platforms and, luckily, it stands above some of its slasher contemporaries.

The film sees college student Ali Hooper (Anna B. Shaffer) return to her family home to care for her injured younger brother, Nick (Jason Gregory London), while their parents are away and at odds. The family turmoil extends to seemingly all members of the Hooper clan as Ali and Nick tend not to see eye to eye either. Soon, a masked madman named Thomas (Kyle Van Vonderen) appears to stalk Ali, Nick, and Ali’s former crush, Jason (Liston Spence). As the film continues, we learn more about Thomas and his secrets as his prey tries to survive the night.

There’s no doubt that Made Me Do It is influenced by many different horror movies and thrillers from past years. A film like The Texas Chain Saw Massacre comes to mind with the grainy, realistic footage depicting a mentally disturbed Thomas prior to his visit to the Hooper household. Perhaps even Ali and Nick’s surname is a nod to that film’s late co-writer/director Tobe Hooper. Rob Zombie’s House of 1000 Corpses, an admitted Texas Chain Saw Massacre disciple, may have been an influence on some of Thomas’s flashback sequences as well. Of course, obvious similarities to classic aforementioned slashers like Halloween and Friday the 13th are abundant here. With Thomas’s strange vocal changes and tics, 1974’s Black Christmas comes to mind too. Even the title sequence of the film is reminiscent of David Fincher’s 1995 film, Seven, complete with a Nine Inch Nails-like song over the credits. 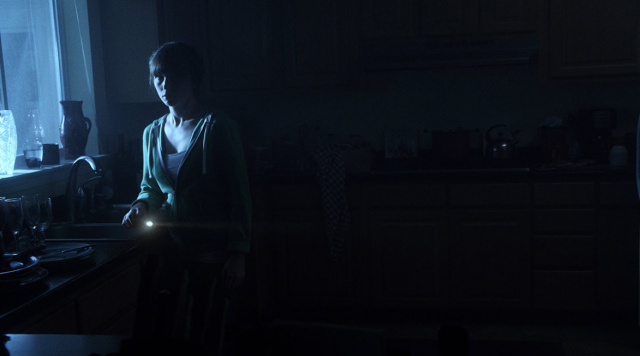 Again, the story of Made Me Do It doesn’t break any new ground for slasher films. A masked psychopath stalking teenage victims at night is the first thing that pops into people’s minds when discussing horror. At no point does the film ever really stray away from this generic trope either. The difference between Made Me Do It and other paint-by-numbers slasher films is in the details. Most horror fans are used to following an innocent victim trying to survive an unknown killer on a murderous rampage. By the time a killer’s identity is revealed, viewers may discover that the killer was one of the film’s other main characters (i.e. the Scream franchise). In other cases, a villain may have a pre-established reputation and a body count to prove it. In the case of Koppin’s film, these ideas are all flirted with but in a uniquely different way.

The biggest difference between Made Me Do It and most other slashers is that the audience is introduced to the villain, Thomas Berkson, immediately. From his introductory escape from a mental health facility to the torment he inflicts on Ali, Nick, and Jason, Thomas is thrust to the forefront of the film. The audience knows who he is and the things that ail him. Viewers experience Thomas’s past living with his Aunt Shannon (Elain Rinehart) and his own mental and psychological torture. The film even shows its killer’s face which is something very few slasher films do before their final few moments. Basically, Made Me Do It explores Thomas as a main character even though tradition tells you to root for the innocent victims.

Speaking of which, the other characters have important roles to play as well. As Ali arrives at her family’s house to care for her brother, the audience is clued in to the fact that her parents have a failed marriage. Neither parent is at the house and, as Thomas lurks outside the house, Ali and Nick only have each other to rely on. While each cast member does a decent job in their respective roles, it does take a little bit to get fully behind the protagonists. The film spends a lot of time showing footage of Thomas. This makes you want to learn more about him and it strangely leaves out the heroes. In addition, the character of Jason feels shoehorned in. It’s not that he’s unlikable or that actor Liston Spence puts in a bad performance but the emotional investment is in Ali and Nick. In this case, Spence’s Jason seems kind of like a third wheel. 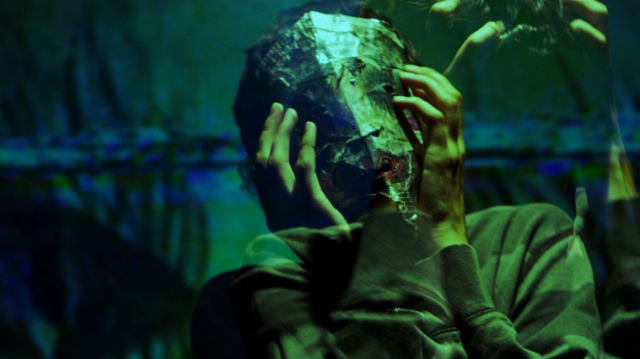 While Made Me Do It does a good job with its slow buildup and furthered understanding of its characters, the story’s payoff feels a bit underwhelming. The film takes a while to get going but, eventually, it does grab your attention. Revealing the killer so early does sap some of the mystery from the film. However, it does allow viewers to get to know all of the characters equally. Thus, when the secrets of the film begin to reveal themselves, you expect something big. Unfortunately, the shock and awe falls a little short of the film’s overall buildup. It works but you also wish it was, ultimately, a little more.

Benjamin Ironside Koppin’s Made Me Do It is a very solid slasher film in a day and age where disappointment reigns over the subgenre. It does some very interesting things by embracing its villain and telling his story in addition to the characters that viewers are supposed to relate to. As is usually the case with slashers, the villains are the most beloved parts and Koppin fully understands this. Though it may not necessarily be groundbreaking, horror fans should be able to appreciate and enjoy Koppin’s deranged little romp of a film.

*Made Me Do It is available now to watch on video-on-demand platforms like Amazon Prime, YouTube, and Google Play. Check out the film’s trailer below.*

One Thought to “Indie Film Review: Made Me Do It”