For years, superhero fans have been promised an epic conclusion to a series full of classic characters, twisting storylines and lots of fan service. Wait a minute. Didn’t we already do an Avengers: Endgame review? Well, as it turns out, Marvel wasn’t the only comic book company that wrapped up an expansive story arc this past week. DC’s Batman prequel show, Gotham, also concluded its fifth and final season. Hell, the finale on Fox even aired on the same night as Endgame’s early Thursday premiere. While Gotham obviously won’t come close to matching the numbers that the newest Avengers flick has been pulling in, Season 5 did its best to go out in grandiose fashion itself.

Gotham‘s five seasons have been quite a ride to say the least. Overall, the show has been a mixed bag over its run but that’s not to say that the showrunners haven’t put together something unique. In a way, it may be the closest we’ve gotten to a true live action comic book. Its never-ending plot twists, character resurrections, and exaggerated storytelling in general provided nary a dull moment for the show. Though, a little subtlety and focus may have done wonders as it could never really decide which direction it fully wanted to go.

Gotham stars Ben McKenzie as a young James Gordon taking on early incarnations of some of Batman’s greatest villains. Always a power struggle in Gotham City, villains like Oswald Cobblepot/Penguin (Robin Lord Taylor) and Edward Nygma/The Riddler (Cory Michael Smith) go through phases of being allies to Gordon before falling back into their villainous ways. The show also focuses on a teenage Bruce Wayne (David Mazouz) who’s set on the path of becoming Gotham’s protector following the murder of his parents. Partnered with his trusty butler, Alfred Pennyworth (Sean Pertwee), and Selina Kyle (Camren Bicondova), Bruce also assists Gordon as much as possible while the city is overrun with crime.

Season 5 picks up with Gotham City in chaos. Pseudo-Joker Jeremiah Valeska (Cameron Monaghan) bombed the city’s bridges in the Season 4 finale and cuts Gotham off from the mainland. The criminals take over territory and supplies while Jim Gordon and the Gotham City Police Department set up a safe zone dubbed Haven. As the GCPD battles with the various different criminal factions, Bruce Wayne and Selina Kyle scour the city for Jeremiah. Of course, new threats are introduced over the course of the season as Gordon and company strive for reunification with the mainland. 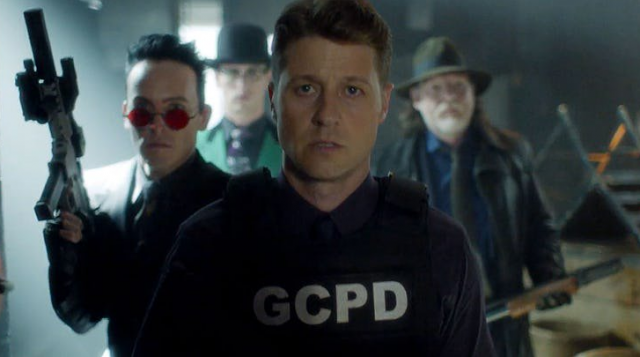 As has always been the case with Gotham over its five season run, there’s always so much going on. As previously mentioned, it may be the closest anyone has ever come to a live action comic. Often, the brief alliances between Gordon and the villains are actually quite fun but they’re definitely used too much. Sometimes it’s difficult to remember where each of the characters stand with one another at any given moment. In addition, it’s hard to remember who’s alive or dead as death is seemingly a minor setback in Gotham City. Characters are resurrected all the time and, like the comics, nothing’s ever final. Frankly, Gotham isn’t really a thinking person’s show. It’s best to just accept what’s onscreen at face value and go along for the ride it wants to take you on.

Though, that ride isn’t always exactly what you want. The fifth season’s overall plot leaves much to be desired. While Jeremiah satisfyingly inches closer to becoming the iconic Joker, the show absolutely ruins another major villain in Bane (Shane West). It’s not uncommon for Gotham to change a character’s name or backstory and they do exactly that for Bane. However, the problem is more with the character’s look and his overall role. He looks as if he belongs in a Rammstein stage show and he’s relegated to a mere henchmen behind another character. Sadly, this has basically become the character’s role in seemingly all of his live action appearances since 1997’s Batman & Robin. Here, the show essentially rips off the plot of 2012’s The Dark Knight Rises mixed with the No Man’s Land comic. It’s unfortunate that fans had to wait so long for this tired version of one of Batman’s most iconic foes.

While the introduction of Bane was ultimately a disappointment, what has always been the most endearing aspect of Gotham has been its use of characters. Series stalwarts like the aforementioned Penguin, Riddler, and Selina Kyle tend to be the heart and soul of the show. Yet, so many other Batman characters have had their moments to shine over Gotham‘s five seasons as well. It seems like the show took some influence from the recent Batman video games to spotlight some of the caped crusader’s lesser known foes. It’s doubtful that characters like Jervis Tetch/the Mad Hatter, Azrael, and the Ventriloquist and Scarface will ever get their own feature film treatment. In that regard, it’s definitely nice to see many of them appear on the small screen. For Batman fans, the show has been a constant Easter egg hunt. Maybe some of the villains don’t get their fair shake but, for many of them, it’s a treat to even see live action versions of them in the first place. 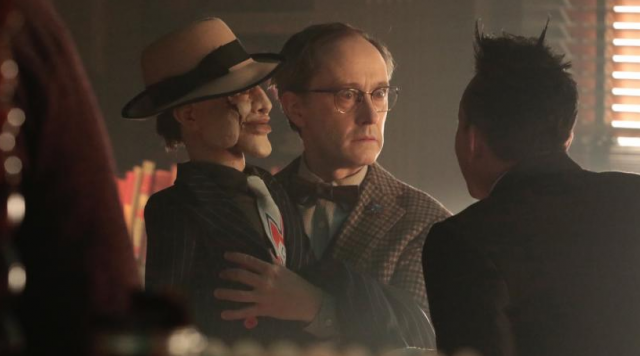 Given the recent success of superheroes across the board, it’s strange to think that any superhero film or television show has faced adversity. If there’s any property that has done this, it’s Gotham. From the show’s inception, questions immediately came up. How would the show handle a pre-Batman Gotham City? What are all of Batman’s villains going to do until he arrives? It seems like the creative forces behind the show felt these questions immediately and may be the cause of the erratic storytelling that spanned all five seasons. As we’ve said in all of the previous season wrap-ups, the show features Batman villains. It doesn’t feature Jim Gordon ones. Bruce Wayne is too young throughout the show to be believable as Batman and it has been difficult to pinpoint how the dots would be connected. The showrunners did the best that they could given the circumstances. Actually, the series finale plays out almost like a premiere for a new show. As it turns out, the finale is probably what the show should’ve been from the very beginning as it feels like a big and epic launching point as opposed to a conclusion.

As has been the case since day one, Gotham is a mixed bag. A lot of time and effort certainly went into the production and, in many cases, it gives fans mostly what they want. Yet, it often feels like Gotham just tries to be too cute for its own good. Honestly, the more recent adaptations of the Batman character in films like The Dark Knight Rises and Batman v Superman have struggled with this as well. Perhaps the wild popularity of the character and his rogues gallery leads filmmakers to cram as much as they can into their work. Maybe the focus should be less on the amount of “stuff” that can be shoehorned into a work and more on the story itself. While Gotham may not be the quintessential Batman show that it maybe should’ve been, it has been an erratically unique experience. Everyone’s heart was in the right place and, for that, fans will certainly have a soft spot for the show, its characters, and overall appreciation for the dark knight.