The horror genre is no stranger to the theme of the occult. While 2015’s The Witch is a more recent example, horror classics like Rosemary’s Baby and Suspiria tackled the subject 40+ years ago. Using a slow burn approach, these films leave lasting impressions not for their body count or gore but for the tension they build. Jude S. Walko’s feature film debut, The Incantation, is one of the newest attempts to follow suit.

The film sees young Lucy Bellerose (Sam Valentine) as she travels to her late great uncle’s castle in France. Having recently passed away, her uncle’s castle dropped to her family. Upon her arrival, strange interactions and events occur around Lucy. She meets the Vicar of Borley (Walko), the stonefaced chambermaid, Mary (Beatrice Orro), and suspicious insurance salesman, Abel Baddon (Dean Cain). All three give off a strange vibe and make Lucy question her place at the castle. She also meets Jean-Pierre AKA J.P. (Dylan Kellogg), her uncle’s gravedigger, who tells her of the curse on the region and the history of witchcraft and the occult. As Lucy learns more about the castle and her family, she also descends further into madness. 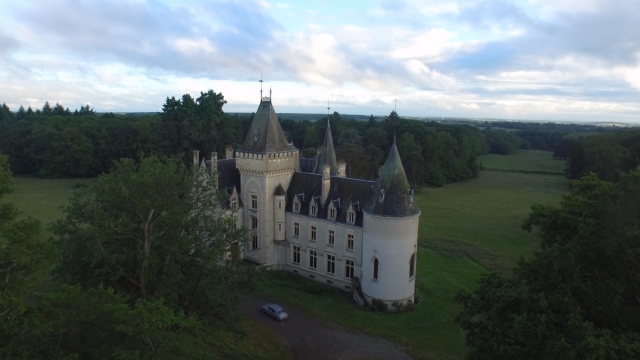 The first thing you’ll notice while watching The Incantation is that it’s wonderfully shot. From the sprawling French landscape with its forests and fields to the interior of the castle, church, and pub, each shot contains much to look at. Due to budgetary concerns, some independent films feel slightly empty but that’s not the case here. There are subtle details littered throughout the film that give it identity and make the world of the film feel full. The lone downfall of the film’s look is that it’s a little daytime soap opera. The cinematography is bright, which isn’t typical of the genre, and features a lot of warm colors. There’s a sort of glow surrounding the characters that’s off-putting at first. Though, given Lucy’s naivete and innocence, it does work at times.

The acting throughout the film is a bit up and down. Depending on the scene, the acting can be pretty decent or quite iffy. Sam Valentine as Lucy is solid throughout. Though, there are a handful of moments where you’re a bit aggravated by her gullibility. She tends to accept everything the other characters tell her at face value. When she meets Abel Baddon, she immediately allows him entry into the castle despite him appearing on her doorstep out of the blue. Jude S. Walko’s Vicar and Beatrice Orro’s Mary are intentionally strange characters and they serve their roles. The biggest weak link is Dylan Kellogg as J.P. His performance is very wooden and lifeless. This is Kellogg’s first acting role so it’s understandable but also very distracting. 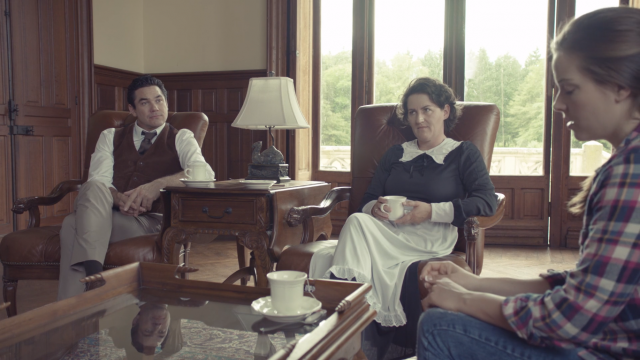 Even though the acting is average, the plot doesn’t give the cast much to work with either at times. It’s not necessarily bad but it just feels like something we’ve seen many times before. For the most part, everything you expect to happen does happen and there really aren’t any surprises. The ending gives a little bit of a twist and it feels like it could’ve been more important. However, it leaves you more confused as to what the story was actually trying to say all along. There doesn’t seem to be any real consequence or revelation and it simply falls flat. Again, it’s not terrible but it could’ve been tightened up and fleshed out more overall.

Ultimately, The Incantation falls short in leaving a lasting impact. Yet, due to a young cast and a first time feature length director, that’s not completely out of the ordinary. Even though this film is a little underwhelming, writer/director Jude S. Walko shows that he has a knack for putting together a feature length film. Filled with excellent shots and good cinematography, Walko has a keen eye for imagery. There are also some genuinely eerie scenes towards the end of the film that are otherwise lacking throughout. The Incantation may not be the most memorable film on witchcraft or the occult but it shows a filmmaker with promise and a young cast whose best is still ahead of them.

*The Incantation is currently available to watch on video-on-demand platforms as well as for purchase on DVD and Blu-Ray.*