While there’s definitely a huge audience for fictional horror films, there’s always something scarier about a story when it’s actually true. It’s the reason that serial killers like Ted Bundy and Jeffrey Dahmer continue to be talked about to this day and why people still debate the truth behind the real-life Amityville haunting story. When it comes to a supposedly true supernatural tale, there will always be skeptics. Though, the thought of such horrific events having occurred to someone is always going to spark intrigue. Urban legend/folklore documentarian Seth Breedlove is no stranger to these types of stories with his work on films like The Bray Road Beast and The Mothman Legacy. In his newest supernatural documentary, The Mark of the Bell Witch, Breedlove provides an effective and interesting chronicling of events with maybe too much reenactment that’ll leave viewers questioning the story’s overall validity.

The Bell Witch has long been a part of southern folklore since its documentation in the early 19th century. It’s been the subject of books, starting with Martin Van Buren Ingram’s An Authenticated History of the Famous Bell Witch in 1894, songs, television shows, and, of course, movies. Perhaps the biggest title to adopt at least some aspects of the Bell Witch was 1999’s The Blair Witch Project. Though, a more direct adaptation came in the form of 2005’s critically panned An American Haunting starring Donald Sutherland and Sissy Spacek. 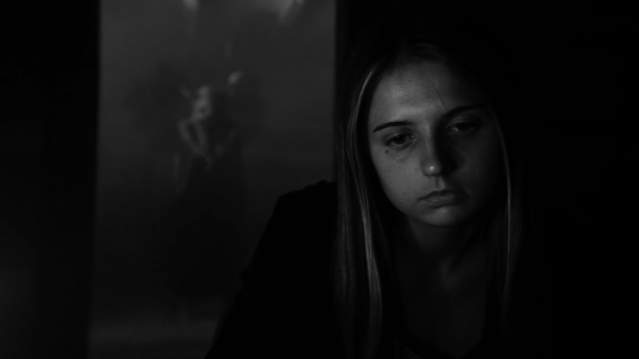 Breedlove’s The Mark of the Bell Witch mainly covers the span of time between 1817 and 1821 when the supposed Bell Witch terrorized farmer John Bell and his family. Beginning as apparitions of animals, the ghostly activity soon developed into noises, physical attacks (usually on Bell’s daughter, Betsy), whispers, and, eventually, full on verbal interactions in which the Bell Witch stated her intentions to kill John Bell. The story is relayed by narrator Lauren Ashley Carter and through local historians and residents of Adams, Tennessee, with frequent dramatic reenactments of the events that occurred to the Bell family in the early 1800’s. The film also focuses on the historical and cultural impact the story has had on the community of Adams over the years.

To go into all of the details behind the Bell Witch and the haunting of the Bell family here would be doing a disservice to the documentary. Most of the spiritual torture suffered by the Bell family falls in line with what most people come to expect from a ghost or witch story. However, the history and gradual evolution of the haunting is certainly compelling. Breedlove does a pretty good job covering the subject matter throughout the course of his film and viewers won’t find it hard to follow. There are frequent readings from accounts of family members or those who’ve documented the case over the years. In addition, most of the subjects being interviewed, such as Brandon Barker, Timothy Henson, and Heather Moser are natural and convincing in their knowledge and retelling of events. 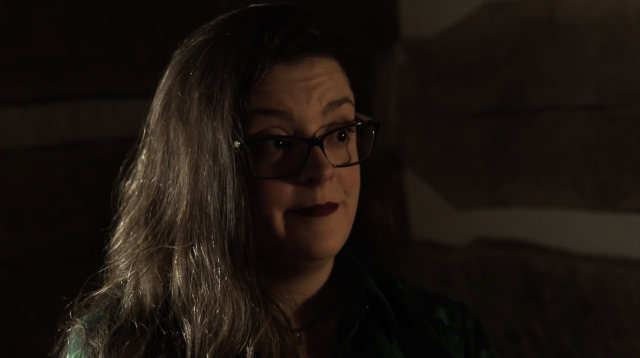 Though, there’s something going on with The Mark of the Bell Witch that will have viewers skeptical of what they’re watching. People with no knowledge of the Bell Witch legend may find themselves questioning whether or not the content of Breedlove’s film is actually legitimate or not. The film is very cinematic and stylized with a lot of reenactment. Now, having a reenactment scene isn’t particularly uncommon in documentary filmmaking but it’s almost overused here. There are some eerie moments in the film and the acting from the faux-Bell family is quite good. It just feels like the film too often relies on these sequences. Maybe it would’ve been for the best if Breedlove decided to go all in on either a documentary or narrative film as opposed to a hybrid of the two. Again, everyone is very convincing in telling the story but, then again, so were the subjects of The Blair Witch Project. Similarly, the characters in the recently reviewed We Are the Missing mockumentary had success in pulling viewers into a story that’s not actually real. For viewers with no prior knowledge of the Bell Witch, getting absorbed into the story may be a problem given the slight styles clash.

While the reenactment scenes definitely aren’t bad or even unwelcome most of the time, they do kind of spotlight the main issue with The Mark of the Bell Witch. Even though the firsthand accounts and the tale itself are intriguing, there just may not have been enough here to put out a convincing full length documentary on the subject. Given the fact that it’s been about 200 years since the Bell family’s struggles and all there is to go on is written documentation that’s been previously disputed, Breedlove and his crew faced a tough task in padding this film out to feature length. The information and overall execution is solid but there’s just something that’s missing. Still though, The Mark of the Bell Witch is worth your time if you’re interested in the supernatural, folklore, or ghost stories. Yet, it’d be interesting to see what Seth Breedlove would’ve done with a feature length narrative film as opposed to this hybrid documentary style.

*The Mark of the Bell Witch is currently available for rent or purchase on video-on-demand services like Amazon and Vimeo or for purchase on DVD and Blu-ray at this location.*