Death is not a new topic when it comes to filmmaking. Countless films feature different interpretations of death and how characters experience it. There are titles like 21 Grams that focus heavily on how death and the fear of dying affects the lives of others. Then, there are films like What Dreams May Come that explore the afterlife while also toying with the living after another’s death. Somewhere in the middle of these two films is where you’ll find something like Scott A. Hamilton’s debut feature, What Death Leaves Behind.

The film centers on a man named Jake Warren (Khalil McMillan) who’s on a kidney transplant waiting list. With his insurance running out and his relationship with his wife, Lisa (Shaira Barton), on the rocks, Jake finally receives a new kidney. Though, after the transplant, Jake begins having recurring nightmares of a Man (Johnny Alonso) and Woman (Erin O’Brien) getting into violent confrontations. Jake believes that what he’s experiencing is a memory brought about by receiving an organ from another person. Therefore, he seeks to find out what happened to The Woman in his dreams which leads him down a dark path of his own.

When it comes to the plot, What Death Leaves Behind is actually pretty original. It’s also inspired by true events. Writer Chad Morton began writing the story during late night phone calls with his cousin who was waiting for a kidney transplant. While there are a ton of films based on memory and memory manipulation (i.e. Total Recall, Memento, Eternal Sunshine of the Spotless Mind), there aren’t many films based on cellular memory phenomenon. The term is used to describe the personality changes that a person undergoes after receiving an organ transplant. Though it’s not scientifically proven, it’s a fascinating idea that a person could seemingly “inherit” memory from another person. The 2008 Jessica Alba-led horror film, The Eye, is one of the only films to have previously tackled the subject. In that film, Alba’s character receives an eye transplant that allows her to see into the supernatural world. In What Death Leaves Behind, Hamilton takes a more dramatic approach as protagonist Jake looks to discover what happened to the person he received his new kidney from. 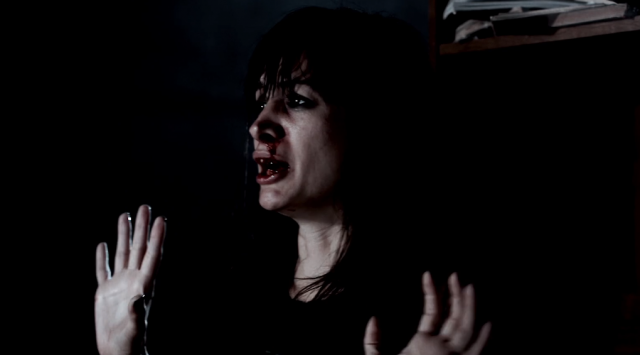 For the most part, this approach works quite well. The film is told in a non-linear style as it jumps around a bit in the beginning. When it settles into the actual plot, it’s hard not to become engaged in the mystery. Similarly to a film like Under the Skin and even Netflix’s popular series, Stranger Things, Jake is shrouded in darkness as he relives his donor’s final moments. The Man and Woman of his dreams become disturbingly violent towards one another and Jake is unable to shake the thoughts from his mind. In addition to the intrigue from cellular memory phenomenon, you also have a decent murder mystery in the vein of films like The Girl with the Dragon Tattoo and Gone Girl. Yet, What Death Leaves Behind never appears to borrow too heavily from any potential influence.

While there are some supernatural elements to the story, the cast does a very good job keeping a firm grasp on the reality of the subject. Khalil McMillan is very good as Jake as he runs through a gamut of emotions over the course of the film. He’s a very relatable and likable character who’s stuck in a bad situation. McMillan plays an everyman whose motivation and drive isn’t quite up to par due to his health. Jake is constantly (and understandably) badgered by his wife as his issues affect her as well. Once he receives his transplant, Jake’s life takes on a new meaning. Though, it’s not necessarily to live his life to the fullest. In this regard, McMillan successfully portrays the “personality change” mentioned in the cellular memory phenomenon throughout the entire film. The supporting cast is also solid with Christopher Mann’s Henry being a comforting voice of reason as Jake’s uncle and business partner. Erin O’Brien is riveting as The Woman despite having little to no dialogue. Finally, Kelly Dowdle has an endearing little role as a fellow dialysis patron even though she doesn’t have a huge impact on the overall story. 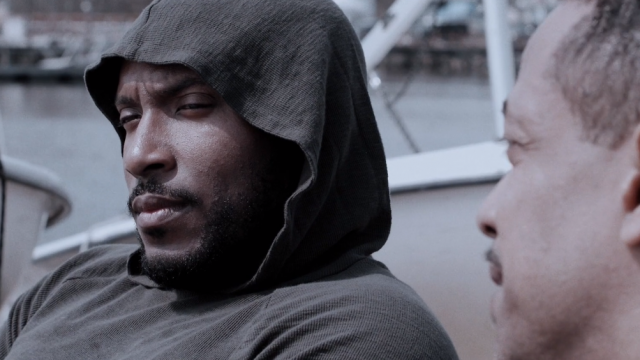 Unfortunately though, What Death Leaves Behind doesn’t really stick its landing. Hamilton, Morton, and company are able to build up a really interesting and fresh idea but the film does tend to meander a little as it continues. Subplots and mystery take center stage over a dynamic character driven piece that appears promised in the first act. Of course, everyone loves a good murder mystery but it goes without much warrant here. Aforementioned films like 21 Grams and Eternal Sunshine of the Spotless Mind lead viewers on a series of twists and turns but they remain deep character studies. It feels like this film loses sight of that at times. This is one of those instances where the film may have been better off as a short instead of a feature. By the film’s ending, it just seems like it tries to do a little too much and loses its way in the process.

That being said, What Death Leaves Behind is still a very solid debut feature from Scott A. Hamilton. The film looks and sounds great while never feeling low budget. The cast does a very good job and there aren’t any weak links throughout. There’s a very compelling core idea to the film that, frankly, you’d like to see more of. Despite falling short of reaching the heights that it sometimes teases, What Death Leaves Behind is a very promising debut. It may not wow you but it’s certainly worth a watch.

*What Death Leaves Behind premieres on September 11th in Los Angeles with more dates across the country to follow. Tickets for screenings can be purchased here. Check out the trailer below.*