Humans are terrible. A very sobering 2020 has made that abundantly clear as we’ve been unable to turn anything around in any capacity. That being said though, there is true suffering out there that many people will never know. As most of us go about our daily, monotonous lives, there may be someone out there whose life can’t get any worse. This is certainly the case for our protagonist in John Hyams’ new minimalistic wilderness/stalker thriller, Alone.

The film opens with recently widowed Jessica (Jules Willcox) packing up a U-Haul and relocating. However, Jessica never reaches her undisclosed destination. She keeps coming across the same green SUV and begins thinking that she’s being followed. After an interaction with the driver, billed simply as Man (Marc Menchaca), that could be described as a veiled threat, Jessica tries to avoid him at all costs. Soon though, the Man stops playing his games and kidnaps the woman. Being held captive in the Pacific Northwest, Jessica miraculously escapes and must then survive out in the wilderness with the Man still hot on her trail.

Written by Mattias Olsson, the plot of Alone is one that’s simple and effective. When traveling alone, there’s always the thought that you could disappear and no one would ever know until it’s too late. This is exactly what happens to Jessica who has no idea where she is or how to get away. All she has is her survival instinct. On top of everything, she has to survive in the rainy Pacific Northwest with nothing but the clothes on her back. Yet, viewers can understand her dilemma as she faces the choice to either go back to the Man, which is almost certain death, or take her chances in the wilderness. The keyword throughout the film is “survival” and it’s applicable in more ways than one. Not only is she trying to survive her kidnapper and the harsh outdoor conditions but she’s also trying to pick up the pieces of her shattered life following her husband’s death. 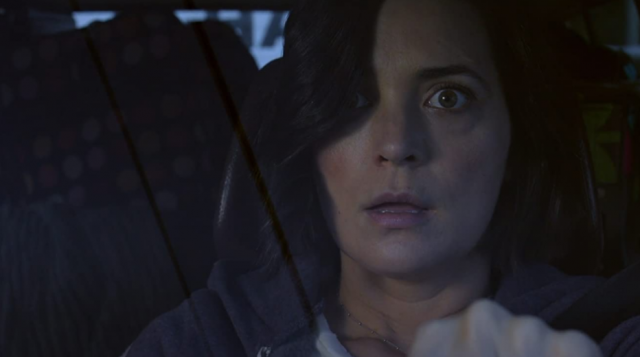 Most of Alone‘s successes come from its tiny, but amazing, cast. Jules Willcox is stunning in the role of Jessica as she fights to survive. She starts out obviously lonely and depressed but still has the will to live through her compounding issues with the Man. Unlike a lot of movie heroines that find themselves in a kidnapping situation, Willcox’s Jessica isn’t helpful to her attacker. The Man tries many times to get closer to Jessica and she just isn’t having it. It’s refreshing to see a character without the naivete and common sense to be skeptical of a recurring stranger. So much of the film hinges on her facial expressions and reactions to tell the story of her character and, frankly, they do just that.

Then, there’s her vile male counterpart with Marc Menchaca as the Man. He’s got a look to him that’s kind but there’s also something odd about him. The film builds him up as being misunderstood and almost victimized by his eventual target. There are scenes where he asks for Jessica’s insistence only for her to blow him off entirely. It isn’t until he gets to be evil that Menchaca really turns it on though. Menchaca plays a very cerebral villain who only becomes more dangerous as the film continues. It’s clear that one of the inspirations for the character had to have been real-life Pacific Northwest serial killer Ted Bundy as some of the tactics the Man uses are reminiscent of Bundy’s. Anthony Heald also appears briefly as a hunter named Robert and is memorable in his limited screentime.

It must be stated that Alone is a gorgeous film to look at and it’s here that we come to the film’s other main character: the wilderness. Yes, for as much punishment that Jessica goes through from the Man, the wilderness punishes her just as much. From the treacherous forest floor with sharp roots and fallen trees to the dangerous river rapids, Jessica isn’t any more safe here than she was trapped in a cabin basement. The dense forest, the consistently inconsistent weather changes, and the rapids all make for striking visuals that define the latter half of the film. This type of location also remains consistent with the overall theme of isolation. It also gives director John Hyams to again show the damage done by humans. We won’t ruin anything here but the climax of the film is a depressing and poignant moment where the characters and nature are one in their utter destruction. This scene leaves viewers with plenty to discuss and a powerful lasting image. 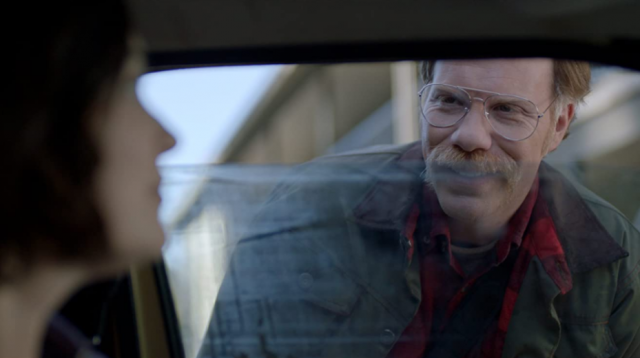 In all honesty, there really isn’t much to get down on with Alone. While the man-on-woman violence isn’t going to sit well with some people, it works with the story and never becomes gratuitous. It also avoids the “male gaze” as, even though the Man sees Jessica as an object, the viewers never see her that way. It would’ve been real easy for Alone to go in an I Spit on Your Grave or The Last House on the Left kind of direction but, thankfully, it never does. The only moment where the film drags ever so slightly is during a monologue from the Man to a nearby Jessica in the woods. It goes on just a little too long and is the only time where it feels a little hokey. The delivery from Menchaca is fine but there’s just something about the scene that doesn’t seem to fit.

In a year filled with uncertainty and lacking in blockbuster titles, Alone is there to fill a void both creatively and in terms of quality. 2020 is wide open with all the heavy hitters indefinitely shelved and these lesser known filmmakers and talents are stepping up. Due to its serene beauty and excellent lead performance from Jules Willcox, we can honestly say that John Hyams’ Alone is in our upper echelon of films this year. It kind of shares a distinction with Darren Aronofsky’s mother! as the ugliness of humankind clashes with the beauty of nature. We’d argue that this is the real premise of the film being masked with a simple, but effective, kidnapping plot. There’s something primal about it in its man vs. man/man vs. nature conflict approach. However you choose to interpret the film, Alone stands out as definitely one of the best thrillers of the year and in contention for one of the best of 2020 in general.

*Alone is currently available for rent or purchase on video-on-demand platforms like Amazon, Google Play, Vudu, and YouTube. Check out the trailer below.*