Recently on this site, we reviewed Tom Konkle’s film noir throwback, Trouble is my Business. That film was aesthetically beautiful in classic black and white. While some casual viewers may be turned off by black and white, there’s an elegance and depth to it that color just can’t replicate when it comes to certain stories. The absence of color provides a different kind of tone to filmmaking and, when used properly, it brings a film to new heights. This is certainly the case with Joe Benedetto’s 2015 short film, Hide the Sausage. With its glorious monochrome palette, the film feels classic and familiar while grabbing your attention and refusing to let go from start to finish.

Hide the Sausage stars Joseph D’Onofrio as Eddie “The Sausage” Zambri. Eddie gets released from prison after serving eight years and returns to New York City. Eddie intends to make amends with those he has wronged while also planning a new life and leaving the country. Unfortunately for Eddie, word has gotten out that he has been released and a number of people are gunning for him. He owes money to some dangerous people, as well as his sister, Denise (Toni Vitale). In addition, he has a detective, played by writer/director Joe Benedetto, out to get him and a daughter, Genie (Kelly Driscoll), with whom he has had a lacking relationship. There are problems abound for Eddie who seemingly wants to make good before hightailing it.

The plot of the film isn’t necessarily original but it still does plenty to keep you invested. It’s sort of reminiscent of films like Brian De Palma’s Carlito’s Way or Spike Lee’s 25th Hour. Both of those films feature characters making amends for their past while trying to set up new lives elsewhere. In the case of Hide the Sausage, these are some pretty commendable comparisons to make. Every encounter that Eddie has with other characters offers something new and a little more backstory on who Eddie was before being imprisoned. As a viewer, you want to see what’s going to happen next and who else he has wronged. 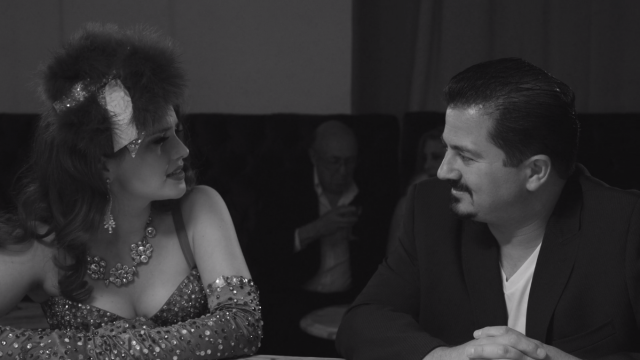 Last year, we reviewed a film called Who’s Jenna…? in which Joseph D’Onofrio played a supporting role. In the review, we identified him as the standout of that film and the same is true with Hide the Sausage. D’Onofrio is a convincing and likable leading man despite his character’s checkered past. Eddie’s not delusional about the problems he has caused or the bridges burned. He doesn’t pull any punches or try to weasel his way out of situations. While he may have no intention of repaying some of his debts, you don’t really know that for sure as his words have conviction behind them. Like Al Pacino’s Carlito Brigante or Edward Norton’s Monty Brogan in the aforementioned films, you want to see D’Onofrio’s Eddie come out of his predicaments unscathed. The rest of the cast does a fine job as well with Christopher Halladay’s Shylock and Kelly Driscoll’s Genie being the most memorable. Benedetto also makes a great little cameo as detective John Marino.

Technically speaking, Hide the Sausage is superb. Once again, the choice of releasing the film in black and white pays huge dividends. Locations like the opening New York skyline and the nightclub have a pleasing noir-esque vibe given the palette. Though the film takes place in the modern day and the characters talk about recent issues, the film feels timeless. It’s as if it could exist at any point in history and the story would still be relevant. This was certainly intentional as Benedetto stated himself that the film is his “ode to The Twilight Zone sans any supernatural element.” Aesthetically, it’s easy to see the influence. Additionally, the film has some great music to complement its great visuals. Even the costuming stands out which isn’t always the case in low budget and/or short filmmaking. 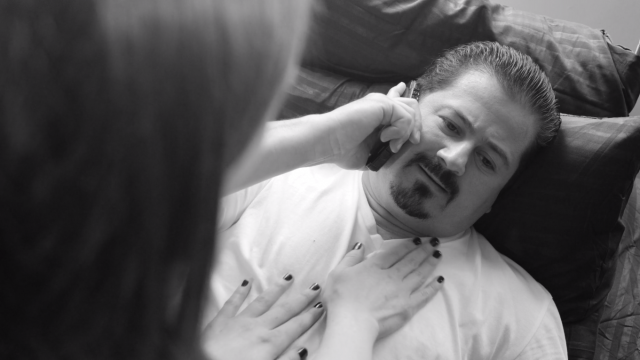 If there’s anything negative to discuss about Hide the Sausage, it’s that it ends far too early. The twenty-two minute runtime builds anticipation for what’s going to happen with the main character and simply breezes by. Then, the film abruptly ends. This is one of those cases, like Jeremiah Kipp’s Slapface and Alessio Cappelletti’s The Date, where you really wish that there was more. However, unlike those films, Benedetto’s film ends a little too prematurely. There was at least more payoff in those two films whereas this one just barely teases you with an outcome. As we’ve stated in other short film reviews, it’s hard to really fault a short for ending too early. Yet, this film felt like it needed that little bit extra.

Regardless, Hide the Sausage still comes highly recommended. Again, it isn’t especially original but everything here is done so well that it doesn’t feel cliched or overdone. Joseph D’Onofrio is a pleasure to watch as are the other actors throughout the film. Joe Benedetto shows himself as a capable filmmaker with an eye for great shots and an understanding of when to be serious and when to add in some comedic flair. Even with its similarities to films like Carlito’s Way and 25th Hour, it’d be interesting to see what Benedetto could do with Hide the Sausage as a longer short or even a feature. D’Onofrio’s Eddie is an interesting enough character that you want to know more of his story and if he overcomes his past. If you’re a fan of crime dramas, be sure to check out Hide the Sausage.