Oh, Disney. It seems as if we’ve been doing this same song and dance far too often recently. It was less than two months ago that we took Disney to task here on this site for their live action adaptation of the animated classic Aladdin. That film was a bland and unfunny mess that mostly replicated its 1992 counterpart. Now, here we are about to do the exact same thing for another re-creation of one of their greatest animated films. Yes, the highly anticipated “live action” version of The Lion King has hit theaters and it’s… The Lion King. Ultimately, the 2019 film is the “less good” version of The Lion King.

The original animated film was released in 1994 and was a smash hit raking in close to a billion dollars worldwide. It was the highest grossing film of 1994 and remains the highest grossing hand drawn animated film of all time. Two direct-to-video films were released including The Lion King 2: Simba’s Pride in 1998 and The Lion King 1 1/2 in 2004. The latter film serves as a prequel/parallel to the original film and focuses on the characters of Timon and Pumbaa. There were also two television shows, The Lion King’s Timon & Pumbaa and The Lion Guard, released to further the franchise’s success. Director Jon Favreau helms the 2019 version of The Lion King after doing an excellent job on 2016’s The Jungle Book. In fact, that film was the first to receive a five star rating on this very site. With Favreau on board, the stage was set for Disney to reclaim some of its good faith. At least, that’s what many may have thought.

The Lion King 2019 tells the familiar story of a young lion cub named Simba (JD McCrary). Simba’s father, Mufasa (James Earl Jones) intends to groom his son to eventually become king of the Pride Lands. Though, Simba is often manipulated by his sinister uncle, Scar (Chiwetel Ejiofor), who resents his nephew for being heir to the kingdom. A grim tragedy occurs and Scar convinces Simba to leave Pride Rock and the Pride Lands never to return. Simba lives as an outcast with his new friends, the meerkat, Timon (Billy Eichner), and warthog, Pumbaa (Seth Rogen). Eventually, his childhood friend, Nala (Beyoncé Knowles-Carter), discovers an adult Simba (Donald Glover) living his life carefree. Upon rekindling their friendship, she coaxes him into reclaiming what’s rightfully his.

If you’re reading this review, there’s a 99% chance that you already know the story of The Lion King so we’re not going to focus too much on the plot details. With that being said, let’s get the positives out of the way first. As was the case with Favreau’s Jungle Book, The Lion King looks great. While the film has been dubbed “live action,” it obviously isn’t as there aren’t any real life characters in the film. It’s a photorealistic adaptation of the classic story and, in that regard, it’s a stunning technical achievement. The computer generated animals look real as does all the scenery. The effects team on the film should be extremely proud of the work they’ve done. 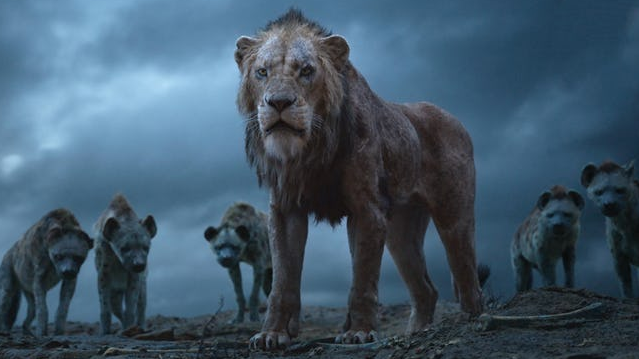 However, everything else about the film is a complete waste. For viewers coming into the 2019 Lion King, know that it’s essentially the same exact movie as the 1994 version. It’s overly faithful to the source material and actually quite reminiscent of Gus Van Sant’s 1998 shot for shot remake of Psycho. While watching this film, you’ll already know the script by heart as well as all the big moments that the film has to offer. There’s literally nothing new here and it shows. The 2019 film is completely devoid of any of the charm, intrigue, or emotion of its predecessor. It’s simply a retelling of the story. Nothing more, nothing less.

The characters take a huge step back as there’s just nothing to them. There’s very little personality to go around which is shocking given the strength of the cast. Actors like Donald Glover, Chiwetel Ejiofor, and Alfre Woodard have delivered great performances in other titles but do nothing to command anyone’s attention here. While it’s nice to hear James Earl Jones return to the role of Mufasa, it’s as if his performance is him trying to recreate the work he did as a younger man. So much of the cast sounds like they’re reading their lines and there’s no passion or devotion behind the performances. The lone bright spot of the cast is Seth Rogen as Pumbaa in a role that made too much sense. Billy Eichner as Timon isn’t as good as Rogen but the combo does generate a few laughs.

Another shockingly average aspect of the film is in its soundtrack. Sure, all of the popular songs people have come to know and love are prominently featured. Yet, there’s no oomph behind any of the numbers nor is there anything remotely new about them. Frankly, all of the songs are performed worse than the originals. They sound flat with little to no bass and a lack of musical depth. It’s actually really sad because, while watching the film, you find yourself anticipating the next musical number only to be disappointed each time. Something like “Can You Feel the Love Tonight” is grossly mishandled as it doesn’t come close to capturing the emotional depth of the original and doesn’t even take place at night as the song title suggests. The most surprising thing about the soundtrack is that Hans Zimmer, a legendary name in his own right and also the composer for the 1994 film, returns here. It’s incomprehensible that Zimmer would miss the mark this bad when recreating his own work. There’s a new song added into the film but it’s a throwaway track that’s hardly worth mentioning. 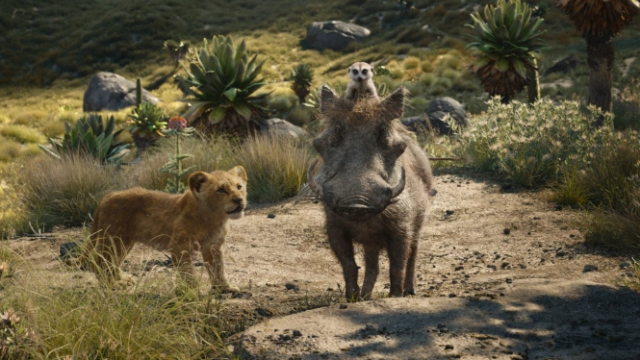 The biggest problem, outside of the lack of passion in this project, is in the storytelling. The 2019 Lion King keeps churning along at a brisk pace for its entire two hour runtime. Despite being a half hour shorter, the original gave its scenes time to breathe and held some serious weight behind them. In this new film, the characters basically relay the progression of events out for the crowd. It seems like everything is explained in a fraction of a second through dialogue instead of investing viewers into the story as it plays out. This, again, adds to the lifeless nature of this cash grab adaptation. The film hits all the familiar beats of the original in quick succession but somehow manages to be longer than its animated counterpart.

It’s truly a feat how misguided this “live action” version of The Lion King is. With such a great story and message, it felt unlikely that Disney could screw things up like this. In all honesty, they didn’t tinker or change much of anything about the story. They just made a nearly shot for shot remake of the 1994 film. If all you’re looking for is to watch The Lion King and take in its story, the 2019 film is perfectly watchable. However, if you’re looking for anything resembling depth, artistic vision, character building, or compelling storytelling, The Lion King 2019 isn’t going to do it for you.

At this point, Disney just needs to stop. They’ve burned people out on Star Wars and now the remakes of their animated classics. Even their Marvel superhero films have received some criticism recently. Though, not to the degree of the other two properties. Unfortunately, the remake train hasn’t come to a stop yet as Mulan is up next for the live action treatment. From the look of the first trailer, it looks as if it’ll be rather bland too. There’s also the strange Sleeping Beauty remake/spin-off/what-have-you, Maleficent: Mistress of Evil, releasing in October but that one’s difficult to categorize. Disney has come to rely so heavily on fan nostalgia for their classics and, sadly, it continues to pay off for them at the box office. In regards to The Lion King, nostalgia will make this film a box office smash but, when it comes to quality, just stick with the 1994 film.