While many films try to go above and beyond with technicality, plot, and meaning, sometimes the best thing is to just keep it simple. This is especially true with short films. Viewers are expected to understand and connect with something that has limited time to command involvement. In this regard, Chad Hamilton’s simplistic, yet emotional, short film, Not Yet, excels with flying colors.

Based in Philadelphia, Hamilton has been hitting the festival circuit with his film since the beginning of the year. He even won the Best Director award at the US premiere of Not Yet at Freedom Shorts XVI this past January. Along with multiple festivals in Pennsylvania, Hamilton’s film was accepted into festivals in New York, Florida, Alabama, Canada, Sweden, and India.

The plot of Not Yet is universally simple. A husband (Jon Noto) brings his sick wife (Falon Joslyn) to the park to cheer her up. There’s not much more to say which would usually be a bad thing. Here, though, is something that anyone can understand and relate to. The wife’s time is limited and the husband wants to make the most out of their remaining moments together. After getting upset by his failed attempts to make her feel better, the husband throws a rock and accidentally hits a mime in the park. This warrants laughter from the wife and an emotional breakthrough for the couple and us as viewers. 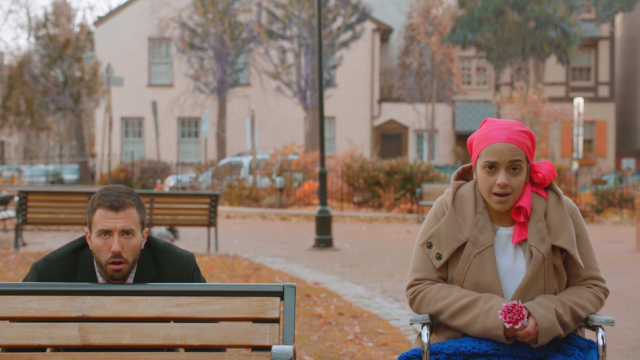 Technically speaking, the film looks and sounds great. There’s some beautiful camerawork specifically during the opening dolly shots through the park. Fitler Square in Philadelphia as a backdrop is a wonderful location for this story. The fall colors also work extremely well to accentuate details like the wife’s bandana/scarf. When it comes to the sound, it should be known that there are no spoken words throughout the entire film. Though, you do hear other sounds from the characters. Other than that, the story is told entirely through action and facial expressions. In an odd way, Not Yet feels like a silent film that isn’t actually silent. That may sound confusing but it makes sense after watching the film.

The acting is also very good. Jon Noto and Falon Joslyn definitely have solid chemistry despite only communicating through their expressions. Luckily, the acting never gets melodramatic or over-the-top. Both main characters go through separate emotions before syncing up during the film’s climax. Joslyn especially does a stellar job going from weak and wheelchair-bound to lively and vibrant. Even the minor characters like the mime (Mike Yak) and old man (Steve Zettler) have brief, but impactful, effects on the story. 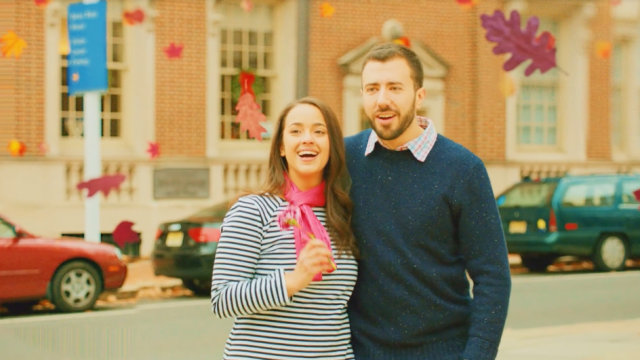 Of course, the best thing about Not Yet is how it makes you feel as a viewer. It’s truly surprising at how many emotions a nine minute film can evoke. While watching, there are instances of sadness and anger, hopelessness and elation that we’ve all felt as human beings. Even in a story like this where one of the characters is extremely ill, there’s still a sense of joy that’s experienced just by being able to have had that person in your life. Everyone’s time on Earth is limited so live life to its fullest while you can. As is the case here, the littlest things may have the biggest impact on someone. In addition, Christopher Sisco’s three main musical pieces enhance these emotions even further. While all three compositions are quite different, they fit the subject matter perfectly in their respective places.

Chad Hamilton’s Not Yet is an emotional rollercoaster that is as heartbreaking as it is uplifting. You sympathize with the wife and empathize with the husband. Though, you’re able to share in their joy too. Again, it’s unusual for such a brief work to be so heartfelt and touching. However, the film is somehow able to fit more feeling into its nine minutes than some two hour long movies. Needless to say, Not Yet is simplicity at its absolute finest and is a remarkably poignant short film experience.

NOT YET (2016) from Chad Hamilton on Vimeo. Also, check out the film’s official Facebook page.

One Thought to “Short Film Review: Not Yet”