A few weeks back, we reviewed a short film called Cartoonish. Written and directed by Ken Cohen, it was an extremely dark little story masked by a facade of innocence. Ahead of the official release of his new short film, Cohen was kind enough to let us take a look at his next project entitled Skin Baby. Just as with Cartoonish, Skin Baby is a somber tale with damaged, yet timid, characters and a twist of the macabre.

The film begins with a woman named Rosie (Phyllis Jackson) outside of a tattoo parlor. She goes inside before exiting once again a few moments later. Rosie’s request is of a touchy nature to help her cope with a terrible loss and she’s followed by Kayla (Haydn Haring) who offers to tattoo her after a rejection from the parlor. Upon receiving the tattoo from Kayla, it comes to life and begins to affect Rosie’s mental state.

Like Cartoonish, this film’s characters drive the plot. You don’t get too much backstory but you’re immediately drawn to them. Ken Cohen seems to be able to take real life worries and tragedies and turn them on their head. We won’t give away any important plot details here but, with Rosie, her loss would understandably upset anyone and potentially lead them to odd behavior. Cohen takes it one step further and makes her actions sinister but you still have sympathy for the character. As for Haydn Haring’s Kayla, she’s similar to Jack Delyra’s Garret in Cartoonish. She is affected peripherally by Rosie but assumes a big role in the turning point of the story. With Kayla and Garret, the lead characters never seek out to directly harm them in any way. 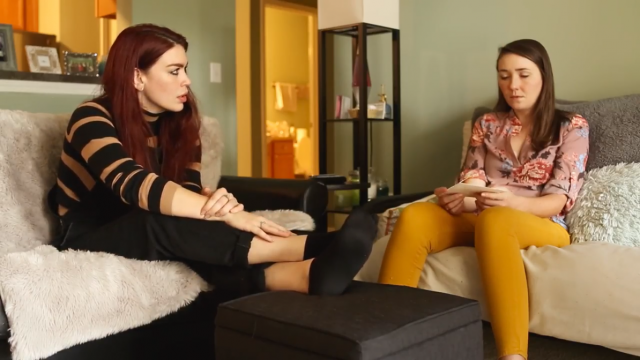 In terms of its style, Skin Baby is shot well and everything looks sharp. While it’s not overly cinematic, the camerawork fits the tone of the story. It feels more raw and documentary style than some of the previous shorts we’ve covered on this site. The closeups of the characters tend to show their emotion and/or lack thereof given the circumstances. Again, since the film covers a potential real-life tragedy, the shooting style seems more personal and further humanizes the events. It’s not flashy but it effectively gets the job done.

Although there are some definite similarities between this film and Cartoonish, perhaps the biggest difference is in its tone. Better yet, it’s in the facade of the tone. As previously mentioned, Cartoonish boasts a level of playful innocence despite its grim subject matter. Skin Baby feels innocent as in its characters being victims. Rosie’s loss is the catalyst for what occurs with each character. There’s no real blame being thrown around. There’s just emptiness and emotional pain. In this film, there’s no playfulness to be had as you simply feel for each of the characters and how they choose to cope. 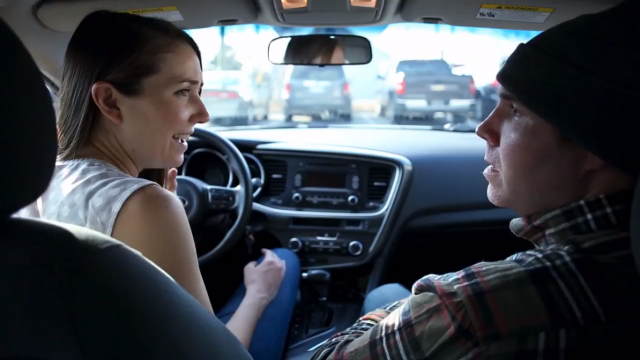 While the film is really well done, there’s one slight drawback. Unfortunately, we can’t go into detail due to spoilers but, following the climax, the film could’ve went just a tad bit further into the surreal. Though, with that being said, the way Skin Baby actually ends does lead you to question Rosie and her overall sanity (if you didn’t before, of course). There just seemed like a missed opportunity to do something totally out there but there’s still a satisfying conclusion regardless.

Once again, writer/director Ken Cohen has put together another piece of solid, independent cinema. The level of creativity and its effectiveness within a nine minute film can be mindblowing. This film’s originality ranks right up there with a number of the shorts we’ve reviewed on this site. Also, as with Cartoonish, it leaves you wanting more. There’s definitely more to Rosie’s story and many events that we don’t get to see within the confines of a short film. Either way, with Skin Baby, Ken Cohen’s creativity alone is worth the price of admission and we’ll be looking forward to whatever he does next.