It’s not often that a film can span numerous genres and somehow come out alright in the end. Maintaining a consistent tone is an extremely important part of the editing process. Failing to construct a cohesive experience can be the death knell for a film as you disorient viewers and give them little reason to care about a messy plot. Then, you have short films like Meg Skaff’s Terry Kendall and Orange Green which is the exact opposite. Somehow, this short film is able to mix comedy, suspense, and even horror in its brief twelve minute runtime to offer a satisfying experience for its audience.

The film follows the titular Terry Kendall (Brit-Charde Sellers) as she goes about her days. She wakes up, goes to work at a grocery store, gossips with her friend, Traffy (Kimberly David), and goes to the park. She soon notices that she’s being followed by the creepy Orange Green (Timothy J. Cox). Her encounters start out simple as he asks her if she drops a balloon at the park but things get heated quickly. He continuously appears at the grocery store at 2PM every day to have Terry point him in the direction of the chicken breasts.

Needless to say, Terry Kendall and Orange Green is an odd film in general. From its quirky storytelling and innocent lead character all the way down to its mysterious stalker and his fascination with chicken breasts, the film brings you on a strange trip. Initially, the film starts out amusingly with the carefree Terry Kendall backed by a quirky narration from Anna Calabrese. It adds to the film’s strangeness and sounds as it’s a story being told by a child. It has an unconventional pacing yet helps give the film an identity. From here, tension picks up as the socially awkward Orange Green shows interest in Terry Kendall. By the film’s end, it even delves a bit into the horror genre. Ultimately, it’s a bit like Do the Right Thing meets No Country for Old Men. 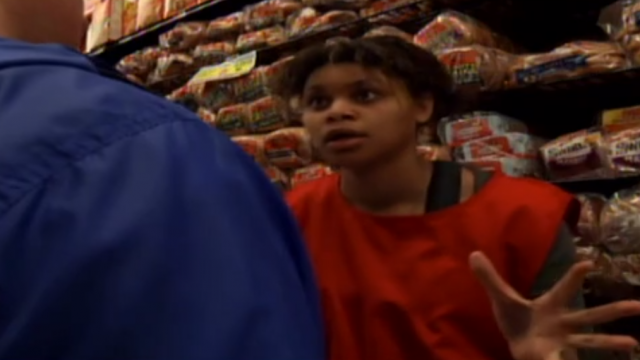 The cast for Terry Kendall and Orange Green is very small but that’s not a bad thing. Brit-Charde Sellers as Terry Kendall does a great job. She’s not necessarily relatable but she seems like a genuinely good-hearted person. Most of the time during the film she’s at work and listening to music on her headphones. Before her run-ins with Orange Green, her life was untroubled and simple. You feel bad for her as she stresses out at the idea of having to see her stalker at the same time every day. You also wonder why she’s the target as she tends to mind her own business and just be the best person she can be.

On the other hand, you have Timothy J. Cox as Orange Green. Judging by his performances in many of these short films, Cox is the go-to guy for anyone in need of character work. He can play seemingly any type of character and he’s great here as well. He doesn’t have a lot to do in this film but his eerily stoic performance is one of the highlights. While he fills the villainous role, he doesn’t completely feel like a villain. You tend to wonder what his story is and his reason for stalking Terry Kendall. While there is something threatening about him, there’s also a childlike quality and, at times, you kind of feel bad following Terry Kendall’s reactions toward him. Don’t get the wrong idea, though. He definitely isn’t innocent. 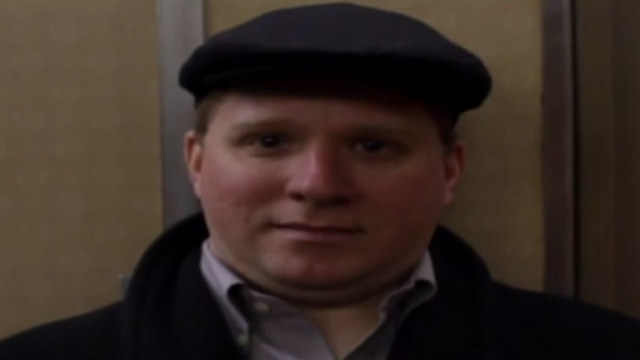 There really aren’t any major problems with Terry Kendall and Orange Green in general. At its core, it’s a brief, entertaining piece of cinema. For some, though, it may leave you scratching your head and simply wondering what its point is. We mentioned before that it’s definitely a strange film and that’s no lie. Yet, there’s something endearing about it. It’s an easy watch and you’re there as a viewer to just go along on the ride. From its likable lead character  bizarre storytelling mechanics, Terry Kendall and Orange Green is a memorable film that exceeds expectations despite its creative mishmash of genres.