The western genre is one that doesn’t seem to get the most love here in the 21st century. Every so often one like 3:10 to Yuma or True Grit pops up along with the modern neo-westerns like No Country for Old Men, Hell or High Water, and Logan. Though, we’re far from the John Wayne and even Clint Eastwood glory days of the genre. Because of that, it’s always a treat to come across a new one especially on the short film scene. Throw in some early Quentin Tarantino influences and the result is Justin Taite’s newest short film, The Awful Kind.

The film focuses on a group of outlaws reconvening after a botched train robbery. It opens with Hardinger (Nick Finch) dragging Sancho (Alejandro Bravo) into an empty shack after the latter is shot in the bank during the robbery. Soon, Pete Randall (Andrew Pagana) shows up and, from here, all hell breaks loose. Hardinger and Pete discuss what went wrong and how someone must’ve tipped off the law about their plan. The rest of the group, including Annie (Alex Lynn Ward), Sweetback (Keith Stallworth), Cisco (Charlie E. Schmidt), and Ray Randall (Chris Schwartz) each filter in as more details are revealed while deception and paranoia reach a fever pitch.

As soon as The Awful Kind begins, it immediately feels like Quentin Tarantino’s debut feature, Reservoir Dogs. As it continues, it feels even more like that film as characters and information are introduced. Even with so many similarities, it doesn’t necessarily feel like a complete ripoff though. Written by Taite from a story by Nick Finch, there does seem to be a unique vision for the film despite its influences. The western setting helps to set it apart and the character dialogue builds the story in your mind without actually showing the fateful events of the train robbery blunder. The scope of the film expands far beyond its 23 minute runtime and it keeps you craving more even as the credits roll. 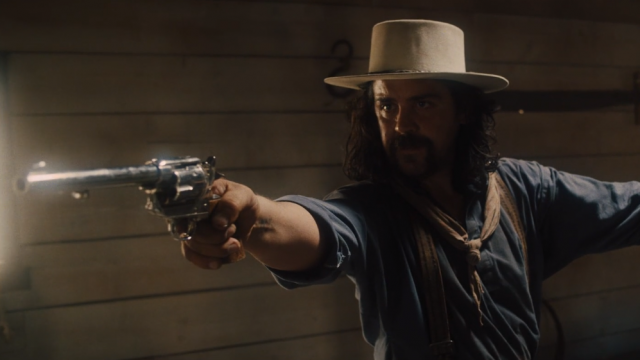 Like Tarantino’s 1992 classic, one of the biggest appeals of The Awful Kind is in its talented cast. With limited screentime, each character is firmly established and you’re able to identify the individual players in the robbery. Nick Finch and Alejandro Bravo appear to be the crowd control as Hardinger and Sancho respectively. They remain confused and in the dark on certain details while Hardinger demands answers by sticking his gun in peoples’ faces. Alex Lynn Ward’s Annie is a thick skinned female in a man’s world. This makes her all the more compelling as she holds her own with all the tough guys in the film. Keith Stallworth and Charlie E. Schmidt absolutely steal the show as Sweetback and Cisco. Stallworth especially shines as he oozes charisma and brings the laughs with his performance. His introduction as Hardinger points a gun at Annie is simply gold. Out of all the characters, this tandem of Sweetback and Cisco is one that people are going to want to see more of in the future.

That being said, you’ll still find yourself thinking of Reservoir Dogs in regards to the characters at times too. Hardinger and Sancho basically play the Harvey Keitel and Tim Roth roles. Sancho has a bullet in him and Hardinger does his best to keep him functioning and alive. While they don’t necessarily act like him, Sweetback and Cisco bring Chris Finch’s Dutch Younger in as a hostage just as Michael Madsen’s Mr. Blonde did in Reservoir Dogs. They do so to less iconic, but still effective, results. Finally, Andrew Pagana and Chris Schwartz play the Lawrence Tierney and Chris Penn mastermind roles as brothers instead of father and son. Again, it’s obvious that Taite and Nick Finch modeled The Awful Kind after Tarantino’s flick. Yet, it still somehow holds its own with its fascinating characters and their relationships with one another. All of the actors do an excellent job in their roles which helps immensely. The only nitpick here is with Andrew Pagana’s Pete. Pagana puts in a solid performance but does a little too much yelling in some spots. However, most of his performance is spot on outside of this nitpick. 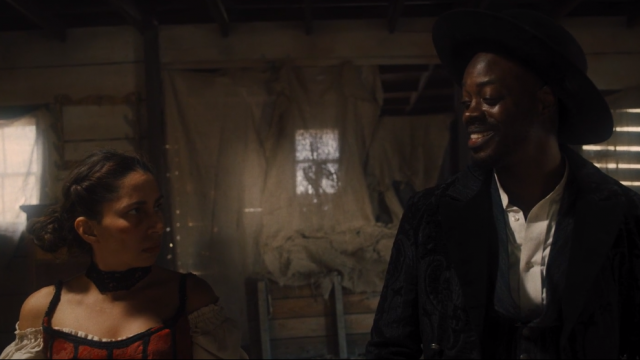 Perhaps what’s most impressive about Taite’s film is its presentation. The entire 23 minute film is done in one continuous shot. The camera slowly circles around the barren storeroom focusing on its characters during their spotlighted dialogue and does so to perfection. Sure, there are a few awkward movements from characters like Annie’s offscreen crawl to the other side of the room to set up Sweetback’s introduction or Ray coming into the fray a good distance away from the front door. In a film this ambitious, you can afford to look past some of these things though. Earlier this year, we praised Sam Mendes and Roger Deakins for their work on 1917 and its “one take” illusion. Taite actually does it here, albeit for a shorter runtime, but it feels just as special. The entire cast and crew deserves a lot of credit for pulling this off. It’s just not often that you see filmmaking like this.

From the intriguing storytelling and characters all the way to being filmed in one continuous take, Justin Taite’s The Awful Kind is a short film that everyone should check out. It draws heavily from Quentin Tarantino but isn’t just a carbon copy of his work either. It really feels like Taite and company set this short up to be a precursor to a longer project centered on its cast of likable characters. Upon further investigation, it appears that that’s exactly the case as the short film is a spec-pilot for an eight hour revenge western. Though the idea seems bold, the care taken by Taite and his crew leaves a lot of optimism for seeing this expanded project through to the end. If the 23 minute version of The Awful Kind is all we get, it’s still worth your time. However, if there’s more to this story on the way in the near future, you can sign us up.

THE AWFUL KIND from Justin Taite on Vimeo.