The beauty of filmmaking is that you can literally do anything. However the world of the story works is completely up to the filmmaker. Over the years, there have been a number of films that have toyed with the idea of specialized companies and/or technology in a modern day setting. These things don’t actually exist in the real world but feel like they’d actually fit today’s fast paced and less personable society. Writer/director Sean Meehan’s short film, Total Performance, does a great job of establishing a company and the service it provides while also having a likable plot and characters in its brief runtime.

In the film, Cori Sweeney (Tory Berner) is an actress with a day job. Said day job allows her to bolster her acting chops as she works for Total Performance, a company that employs actors to rehearse difficult conversations and scenarios with customers. The film begins with Cori on a date with Tim (Steven Conroy). She explains how her job works as viewers see her interactions with Bruce (Paul Locke), a customer who suspects his wife is cheating on him. As the film progresses, you see Cori and her co-workers interact with other customers each with their own issues.

What’s most commendable about Total Performance is how original it feels. It has a similar style to films like Eternal Sunshine of the Spotless Mind, Vanilla Sky, and Her. In Eternal Sunshine and Vanilla Sky, there are companies designed to literally change lives through the use of technology and manipulation. In Her, a computer’s operating system is Joaquin Phoenix’s character’s main confidant and source of happiness. While Total Performance isn’t an exact copy of any of these films by any means, there are definitely some parallels. Though, Cori and her co-workers act as the non-judgmental “technology” used to help customers. In this regard, viewers see things from the other side as opposed to sympathizing with those who request help. It’s intriguing to see how the story unfolds and which directions the characters will take. 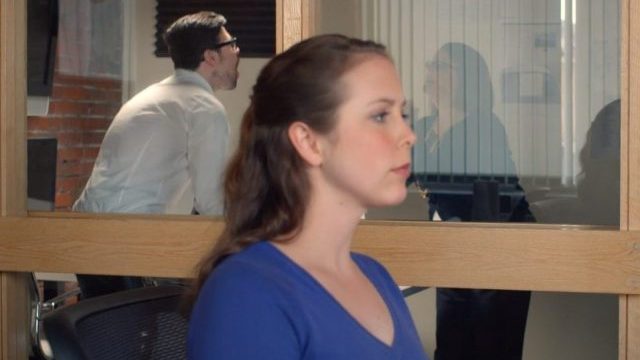 The writing and pacing of the film are also very well done. Like the characters themselves, the film goes through a series of different emotions throughout its 17 minutes. It almost feels like a television sitcom with its mix of comedy and drama. The playful banter between Cori and Tim intercut with the impending argument between Cori and Bruce in the opening minutes should be an odd combination but Meehan makes it work perfectly with his sharp editing. Of course, this is spoiler free but the ending offers a sweet, yet somewhat sad, moment as humanity fully shines through. Human emotion is a complex thing and it’s never as simple as black and white in most instances.

The cast, led by Berner as Cori, is excellent. Every single character is memorable in their own way. Steven Conroy’s Tim would normally be the lead in any of the previously mentioned films. In this case, while Cori is the main character, Tim is quickly established and likable from the get-go. Timothy J. Cox makes a brief appearance as Walter, a man who’s looking to fire the CFO of his company who also happens to be his best friend. Even though we only see the tail end of his conversation, it’s apparent that Walter legitimately feels horribly about the situation despite only practicing the talk with Cori. Again, it’s a good demonstration of the complexity of human emotion in the film. 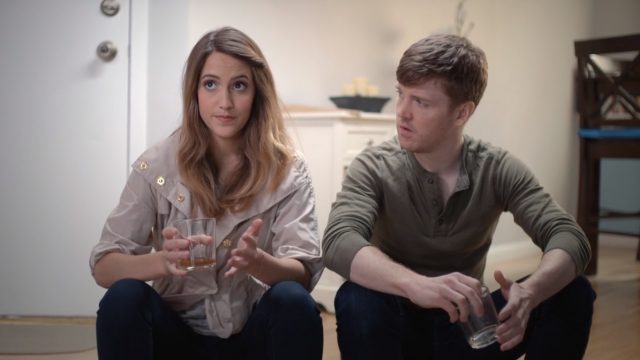 If there’s one negative aspect to Total Performance, it’s the ending. Even though this is a short film, it feels like you spend a good amount of time with the characters. By the ending, you expect a legitimate payoff to the story but you don’t entirely get one. The story does come full circle and features another strong moment. However, the ambiguous ending is abrupt and leaves you scratching your head. After doing such a great job building up these characters, why wouldn’t they go one step further to deliver a satisfying conclusion? That being said, the ending only hurts the film slightly because of how likable the characters are. It doesn’t ruin the experience.

Simply put, this is another excellent short film. At 17 minutes, the time absolutely flies by. It feels like it’s closer to five minutes. Sean Meehan assembled a great cast that complements a unique idea and it pays off. While the ending was a little underwhelming, the rest of the film is a lot of fun to watch. Bolstered by strong performances and an ebb and flow of emotions, Total Performance is an entertaining watch that leaves you wanting more.