Sometimes a film is released that takes you a little bit by surprise even though it really shouldn’t. As we all know by now, Steven Spielberg is one of the most legendary filmmakers of all time. He has given us classics like Jaws and Jurassic Park and continues to pump out quality work like Lincoln and Bridge of Spies. This time around, Spielberg gives us something we didn’t know we wanted with Tom Hanks standing around and crossing his arms a lot in The Post.

Alright, alright. Obviously, there’s more to it than that. In October 2016, producer Amy Pascal acquired the rights for Liz Hannah’s screenplay for the film. After an opening in his schedule, Spielberg read the screenplay and immediately jumped on board. Just yesterday, The Post was announced as a nominee for Best Picture at the upcoming Academy Awards in March. There’s also no doubt that the story’s parallels with President Trump’s contemporary America has made the film feel more prevalent at this time as well. .

The film opens with Daniel Ellsberg (Matthew Rhys) documenting the goings-on during the Vietnam War. Eventually, he leaks documents to The New York Times regarding the poor war effort and lack of confidence in achieving what the United States set out to accomplish. Meanwhile, Katharine “Kay” Graham (Meryl Streep) inherits The Washington Post following her husband’s suicide. Its editor-in-chief, Ben Bradlee (Tom Hanks), is intent on finding out what the Times is working on. It’s discovered that they are in possession of the Pentagon Papers to which a court injunction is issued to prevent the Times from releasing more of the documents. Assistant editor Ben Bagdikian (Bob Odenkirk) tracks down Ellsberg and retrieves copies of the Pentagon Papers for The Washington Post to print in lieu of the injunction against The New York Times. 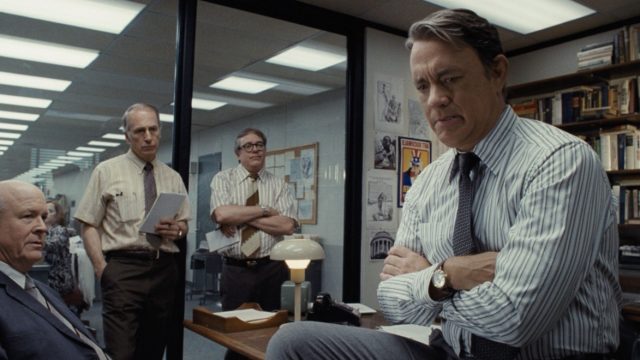 While this may not sound like the most exciting plot, you’d be surprised at how fast this film flies by. Most of that has to do with the great cast. As was announced earlier today, Meryl Streep received her 21st Academy Award nomination. As usual, she’s in good form here. Though, Tom Hanks and Bob Odenkirk stand out as the true stars of the film. Hanks as Ben Bradlee is obsessed with printing the Pentagon Papers while most of the board members around Streep’s Kay are worried that going to print will dismantle the Post. Through his obsession, he’s likable and believes in America’s right to know the secrets of the agonizingly long Vietnam War. Odenkirk proves here that his successful run on television as Saul Goodman in Breaking Bad and Better Call Saul is not the extent of his talent.

As with most films based on a true story, The Post has been cited with some historical inaccuracies. A number of former New York Times employees who were with the paper during the release of the documents have said that the film undermines their involvement. The Times actually did print the Pentagon Papers before The Washington Post. The Times also won a Pulitzer Prize for Public Service and set the stage for the battle between the US government and the press. That being said, The Washington Post did have a role to play in the drama and any inaccuracies don’t necessarily take away from your enjoyment of the film. 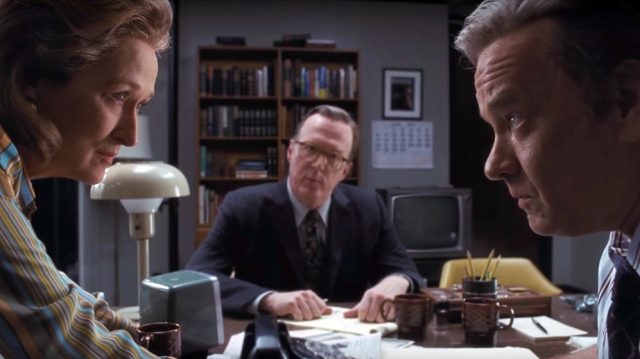 When stacked up against other films about journalism, it’s hard to say how The Post will hold up over time. It’s expertly crafted, as it should be with such a fantastic director. It’s extremely easy to follow and you quickly get sucked into the story. The “will they, won’t they” dynamic of whether the Post will print the Pentagon Papers is always at the forefront. As recently as 2015, another journalism film brought home Best Picture in Spotlight. While Spotlight felt a little overrated, The Post feels just right. The film efficiently offers a different look at an important period in American history. There have been plenty of films set during the Vietnam War and/or cover parts of Richard Nixon’s presidency. This film actually delivers something original and doesn’t focus solely on the war or the Watergate scandal as so many others do.

There’s really not much else to say about The Post. Frankly, it’s just a really well-made movie bolstered by great performances. There’s nothing necessarily flashy about it but it holds your attention and satisfies for its entire two hour runtime. The one minor thing that could be looked at as a negative is that, after watching the film, it may not lure you back for repeat viewings. The story is pretty straightforward and it’s hard to see someone wanting to watch this film repeatedly. Regardless, The Post is another great piece of cinema from Steven Spielberg. It may not be his best work to date but he continues to pad his resume with quality films.