One thing that’s always rewarding about filmmaking is seeing how the cast and crew grow from project to project. This is especially true for independent and short filmmaking. It’s always intriguing to see the progress made going from one project to the next. We’ve seen it in filmmakers like Joseph McGovern, writer/director of All Over Again and Hush which were both reviewed on this site, and even Ari Aster who parlayed his penchant for unique short films into hugely successful horror features like Hereditary and Midsommar. It’s also fun to see what new talent can do. In the case of Dante Iannetta, the director heads a talented, yet inexperienced, crew for his debut short film, Vera.

The story begins with a booze fueled evening with American businessman, Jack (Timothy J. Cox), trying to bed a young Russian woman named Vera (Sofya Nova). After returning to the United States, Jack is excited to bring Vera to his sister, Laura’s (Tatyana Yassukovich), for dinner. The couple arrives with Jack responding to most of Laura’s questions for Vera. As the dinner continues, Laura becomes more and more skeptical of her brother’s new girlfriend. Eventually, Laura gets Vera alone and is able to figure out her agenda. 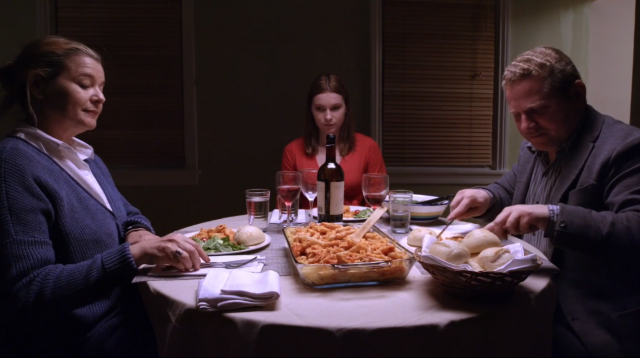 From a technical standpoint, Vera looks and sounds great. The first thing you’ll notice is how striking some of the camerawork and cinematography from Rebekah Burrows is. The opening sequence is drenched in a hypnotic purple hue. It’s partly erotic but also oddly cold and eerie. It’s certainly the most visually stimulating scene in the film and does a good job of setting the tone for the events to follow. Going forward, all of the camerawork is really great. The film has some nice slow zooms, well timed cuts, and fluid editing from Sean Higgins that keep the simple, yet effective, setting interesting. As previously mentioned, the film’s crew largely consists of novices with only one or two film credits as per IMDb.com to each of their names. This can sometimes be a red flag but everyone does a really good job on Vera. Despite their collective inexperience, the crew is on their A-game for this short.

Unlike the crew, the cast is not inexperienced. Sofya Nova has a few shorts under her belt and is very good as the title character. Mostly soft spoken and timid, Nova’s Vera catches audience attention with her facials during the film’s quiet moments but also is quite endearing when making conversation with Laura. Speaking of Laura, Tatyana Yassukovich has had roles in movies, TV shows, and voiced video game characters over the course of her career. She even provided the narration in the 2000 Johnny Depp drama, Chocolat. Of the three cast members, Timothy J. Cox has the most extensive resume full of dozens of quality shorts. We’ve reviewed many of them on this site alone and Cox is a highlight of everything he’s in. Of course, Vera is no different where Cox plays the love-stricken and naive Jack. 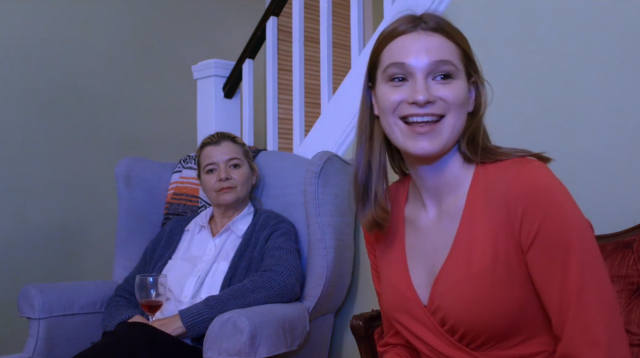 However, there’s one glaring issue with Vera and it has to do with its story and message. If you read the film’s official plot summary, there’s a lot of extra detail that kind of paints Vera in a negative light. It claims that she’s basically using Jack as a means of escape and feels nothing for him. If this is the case, viewers shouldn’t necessarily be rooting for Vera and should instead side with Laura. In execution though, Vera is actually quite charming and seems like maybe she does have at least some affection for Jack. Yassukovich’s Laura ultimately looks like the villain of the film with Vera merely a victim. When all’s said and done, you may find yourself questioning the message behind the film in general as it feels like cruel treatment towards a woman who didn’t really deserve it. There’s definitely a worthy story in here somewhere but it feels like the ideas may have changed from inception.

Still, there’s some very good acting and filmmaking going on in Vera. Over the course of the film’s 10+ minutes, you’ll never find yourself bored or disliking anything that’s going on. It just feels like Iannetta and crew may have lost sight on what story they were trying to tell. However, it’s still a nice little piece of cinema for this crew as everything is very capably executed. Add in some good performances on top of that and Vera is certainly worth checking out. Based on this film, there’s a lot of filmmaking talent to keep an eye on going forward.