The year is 2000. Superhero films have been relatively dormant for a number of years following the death of the Batman series with 1997’s Batman & Robin. The family friendly/marketing-centric nature of that film was poorly received and potential big money comic book films are put on the backburner.

Then, during the first summer of the new millennium, Marvel’s X-Men is released. All of a sudden, superheroes are all the rage once again and thus begins the neverending comic book to film adaptations. Within the next five years, Spider-Man, Daredevil, Hulk, and Batman Begins (among others) all get big screen releases.

In a lot of ways, X-Men can be thanked for that. Despite being in various forms of development for over a decade, X-Men was a hit upon release. Along with Blade, it reinvigorated the superhero “genre” and it’s safe to say that without X-Men’s success, there probably wouldn’t be a Marvel Cinematic Universe or a DC Extended Universe today. The first film took classic characters and gave them a contemporary update. Gone were the bright, colorful costumes in exchange for matching black leather suits. Even though the mutants all had special powers, Bryan Singer and his crew did a good job making them feel like they actually inhabit the real world. Nowadays, it seems that fans are getting a little tired of having plot/costumes/characters/etc. being hyper-realistic while abandoning or changing specific details of their favorite heroes. However, X-Men was an early advocate of the realism trend in superhero films which, at the time, was very different. 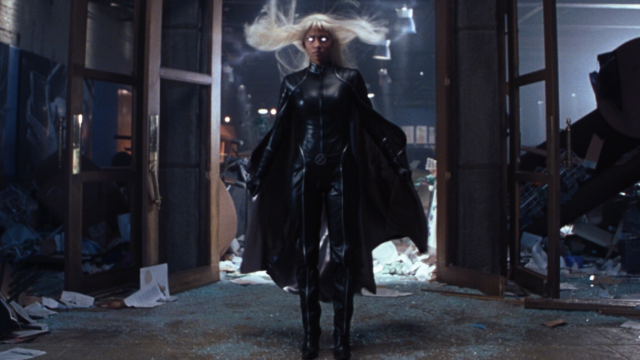 Finally, people were able to see fan favorite X-Men like Wolverine, Cyclops, Storm, Rogue, Jean Grey (later Phoenix), Professor X, Magneto, and Mystique on the big screen. For the most part, these interpretations of the characters were all really great and they went on to appear in future installments. That being said, X-Men isn’t without its faults. The film is a bit dated and some of the special effects (specifically on Toad) are ghastly. The final battle between the mutants on Liberty Island is also kind of hokey. Much of the plot is about the differing viewpoints of Professor Charles Xavier and Magneto and how mutants are interpreted by humans in the United States. To have the big blowout at the Statue of Liberty is too blatant given the context of the ideals in the film.

2002’s X2 significantly raised the bar for the series. It’s obvious that the budget for X2 was significantly larger (about $35 million larger) just from seeing how much better the special effects are. This is the definitive X-Men film of the original trilogy. Every mutant is given a chance to shine and new mutants (i.e. Nightcrawler) are added into the mix. In this film, the heroes and villains actually work together to combat their common human enemy, William Stryker. It helps X2 to stand out since no other superhero film has really done this before or since. All of the mutants from the previous films are given more time to develop as characters and they all seem to develop their own sense of agency which wasn’t as prevalent in the previous film. 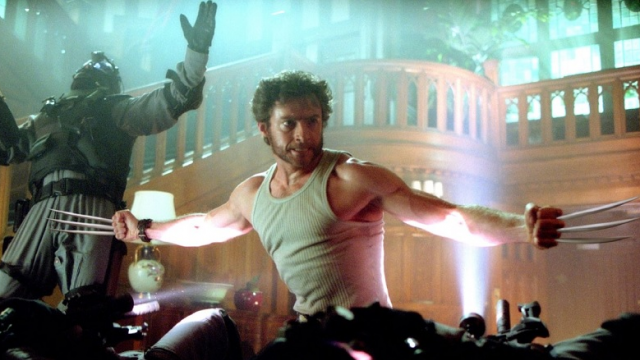 Before going any further, it has to be mentioned that these films have amazing casts and this becomes more obvious in X2. Hugh Jackman, at the time a mostly unknown actor, was cast as Wolverine and has since defined the X-Men films. He has even had two standalone films: 2009’s X-Men Origins: Wolverine and 2013’s The Wolverine. The rest of the cast includes Patrick Stewart as Charles Xavier/Professor X, Halle Berry as Storm, Anna Paquin as Rogue, Famke Janssen as Jean Grey/Phoenix, and Rebecca Romijn as Mystique. Also, Sir Ian McKellen knocked his performance as Magneto out of the park. Even though he’s technically a villain, there is always a level of respect that he pays the other mutants that defines his character while also making him all the more sinister.

As great as X2 was, 2006’s X-Men: The Last Stand was a hodgepodge of inane character arcs and action scenes. Some of the series’ regulars appear and disappear from the film without much background or consequence while new mutants are shoehorned in just because. As serious as the film’s plot gets with the government creating a serum to suppress the mutant gene, the stakes never truly feel all that high. This is one of those films that just got too big for its own good. New characters weren’t given proper introductions and old characters were just kind of lost in the shuffle. Mystique, Rogue, Cyclops, and even Professor X are just kind of forgotten in The Last Stand.

After X-Men: The Last Stand, fans had to wait five long years before X-Men: First Class was released. As you could probably guess from the title alone, First Class started a prequel series that follows the creation of Charles Xavier’s X-Men and Magneto’s Brotherhood of Mutants. Xavier and young Magneto (AKA Erik Lensherr) start out as allies who are trying to find other mutants to help the CIA battle against Sebastian Shaw and his gang of evil mutants. 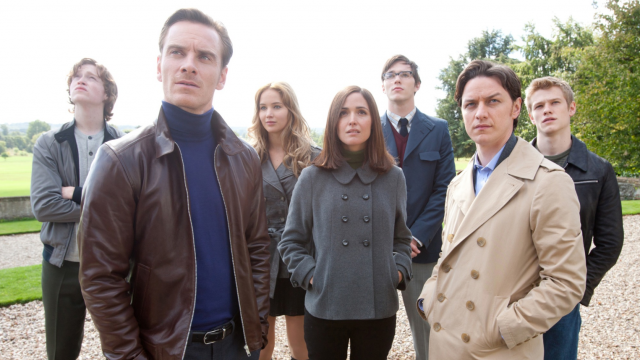 First Class does a great job of introducing lesser known mutants like Banshee and Havok while also providing a backstory for the mutants that go on to have bigger roles in the original trilogy of films. Like the first film, a stellar cast was assembled including James McAvoy as Xavier/Professor X, Jennifer Lawrence as Raven/Mystique, Kevin Bacon as Shaw, and Michael Fassbender as Lensherr/Magneto. First Class was a breath of fresh air for the X-Men franchise in general and provided a good jumping-off point for a ton of new storylines.

Here’s where things started to get confusing with the series. With First Class, it felt like there was going to be a new X-Men series but with X-Men: Days of Future Past, the new cast was united with the cast of the previous trilogy in a time traveling snafu of a film. Days of Future Past is the X-Men version of Terminator 2: Judgment Day in which Patrick Stewart’s Professor X and Ian McKellen’s Magneto send Wolverine into the past to find the young versions of themselves. Even the intro to the movie looks like something out of Terminator 2. With young Xavier and Magneto, Wolverine must locate Mystique whose DNA was acquired and used by Dr. Bolivar Trask to create sentinels that will eventually destroy all mutants.

Confused yet? You should be. Even with the complex story and questionable character motivation, Days of Future Past is a great installment to the series. All of the acting is really good and, even though it’s a bit unnecessary, it’s great to see some of the characters from the original trilogy back in the series. It should be no surprise that Wolverine is the driving force of this film once again and it’s always a pleasure to see Hugh Jackman back in the role. Although this film feels like it only exists to bring Jackman’s Wolverine back to the series, he’s usually the best part. As for the rest of the old cast, they’re mainly there for exposition purposes and to show the potential consequences of Wolverine’s mission failing. Despite its flaws, this film would’ve been a proper bookend to the X-Men film franchise in general but, alas, that is not the case. 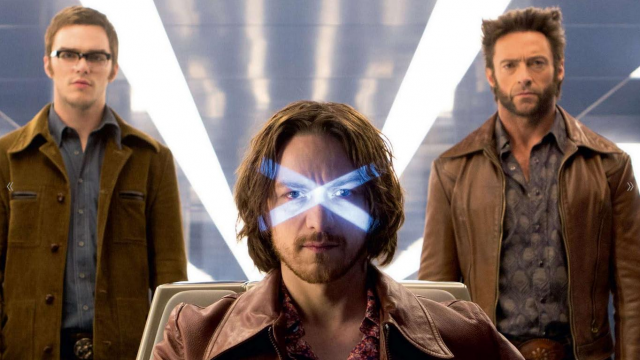 X-Men: Apocalypse is set to release in the United States on May 27th. This time around, the characters from the prequel series will be battling Oscar Isaac’s Apocalypse and his four horsemen. New old mutants like Jean Grey, Cyclops, and Nightcrawler will all make their debuts in this new trilogy as well. With all of the new mutants in Apocalypse, it’s starting to feel like The Last Stand all over again. Like this year’s other big mashup superhero films, Batman v Superman and Captain America: Civil War, X-Men: Apocalypse is dangerously close to trying to do too much. While BvS and Civil War represent the two extremes between failure and success respectively, it wouldn’t be surprising if Apocalypse landed somewhere in the middle. Many of the characters have already been established (unlike in BvS) but the timeline and characters have been shaken up due to the time traveling aspect of Days of Future Past. In short, the X-Men are a little bit of a mess right now.

Beyond that, will the new and old casts come full circle and finally end once each decade has been covered or will it continue on? Following Days of Future Past, the events of The Last Stand basically didn’t happen so does the old cast reunite for a new sequel to the original film? The X-Men timeline has become so convoluted and confusing with the inclusion of Days of Future Past that the franchise’s future could be in serious jeopardy if Apocalypse doesn’t perform up to expectations. Come May 27th, hopefully all of our questions will be answered and the future (and past) of the X-Men will be made clear.

One Thought to “State of the Franchise: X-Men”