With the multitude of films that are released every year, sometimes one just falls through the cracks. Today, we’re reviewing Eli Craig’s Tucker and Dale vs. Evil just in case you missed it…

For moviegoers, spoof films are nothing new. From Abbott and Costello and Monty Python to The Naked Gun and Scary Movie franchises, there have been parodies of nearly everything at this point.

In saying that, how is one from 2010 supposed to hold up to so many of the classics over film history? Tucker and Dale vs. Evil is more than just a parody of horror films. It is an exact carbon copy of a generic horror story. Though, instead of drawing attention to some of the more boneheaded aspects of the horror genre, the context of the events that occur in the film are altered to infuse comedy.

The film is about two stereotypical hillbilly friends, Tucker and Dale, played by Alan Tudyk and Tyler Labine respectively, who purchase a “vacation home.” The home is actually a ramshackle cabin in the middle of the woods where a presumed serial killer used to stay. There is also a group of teenagers camping nearby. When one of the campers catches Tucker and Dale spying on her while she’s about to skinny dip, she falls into the lake and knocks herself out cold. Tucker and Dale save her and bring her back to their cabin.

From here, the friends of the girl, whose name is Allison, look for her and find that she has been “kidnapped” by the hillbillies and they set out to save her. Meanwhile, due to the ramshackle nature of the property, Tucker and Dale try to fix up the environmental hazards around their new vacation home which, as you can imagine, lead to the accidental deaths of Allison’s friends. 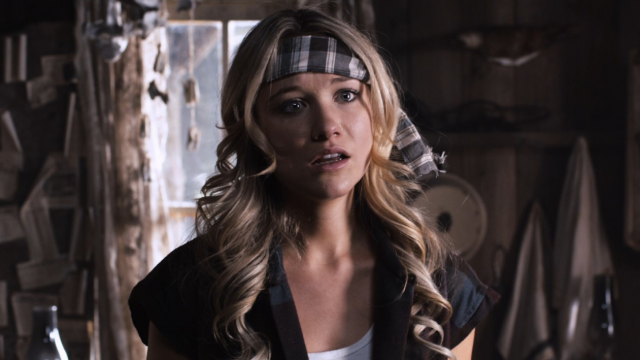 The characters’ deaths are, by far, the funniest parts of the film. While the deaths aren’t overly original with inspiration coming from all facets of the horror genre and you’re usually able to see them coming ahead of time, they are still very pleasing. Not to mention, the death scenes are all pretty brutal with some good blood and gore to go along.

As good as some of the deaths are, it’s the situational humor that sets them up. Allison and Dale, who is immediately infatuated, hit it off in the film and they quickly become friends. Allison helps Dale dig a pit for an outhouse and, upon seeing her, her friends exclaim, “He’s making her dig her own grave.” It’s the little moments like this that are able to accentuate the hilarity of the overall situation. These two decent, yet unconventional looking, men have done nothing but help Allison but her friends continue to witness scenarios that they proceed to blow out of proportion. One of the characters even says, “So many problems in the world are caused by a lack of communication.” The same can be said about the events of this movie. 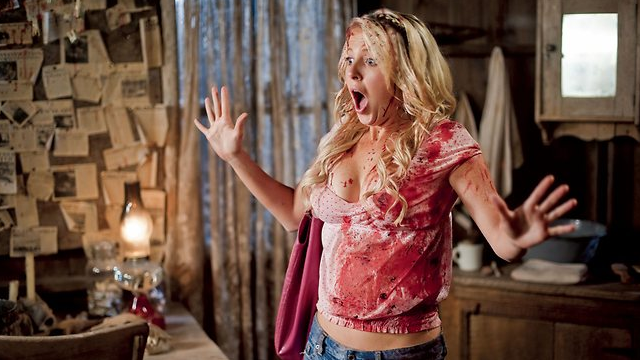 If there is one area that Tucker and Dale vs. Evil falls flat, it’s with the hillbilly/redneck jokes. Although this is an important trait to the two title characters as well as being a main plot point for the story in general, the jokes just seem to dumb the movie down and take away from the things that are done well. It’s Tucker and Dale’s appearance that causes the teenagers to fear for their friend’s life but that doesn’t mean that the filmmakers had to pad the film’s runtime with immature and unfunny redneck humor along the way either. The film feels a bit like Larry the Cable Guy meets Scary Movie meets The Evil Dead.

Overall, Tucker and Dale vs. Evil is an entertaining way to spend 90 minutes of your life. If you’re a fan of horror, comedy, or both, you should be able to find something to like about it. The blood and gore is satisfying, there are some pretty good jokes thrown in, and there is some heart to it especially in the blossoming relationship between Dale and Allison. For horror fans, all the usual tropes are there including pot smoking teenagers, skinny dipping, helpless police officers, and a body count. For comedy fans, there’s the situational comedy, a lot of slapstick, and yes, redneck humor if you’re a fan of that. Tucker and Dale vs. Evil isn’t going to be your favorite movie ever but it’s certainly an entertaining experience.