Let’s take care of some business right off the bat. This film is not as bad as X-Men: The Last Stand. In fact, it’s actually quite good. Judging by the trailers, it looked as if X-Men: Apocalypse was going to suffer the same fate as The Last Stand because of having too many characters, an all-out mutant brawl, and simply too much going on in general.

Luckily, Apocalypse never really feels like it has an excessive amount of plot. Then again, it really shouldn’t since there have been five movies that came before it to establish the characters and their relationships. If you’re going into this film blind and have no knowledge of the films that came before this one (yes, that includes the original trilogy), you’ll find yourself a bit lost. However, if you have a firm grasp of the X-Men franchise in general, you should find yourself right at home.

The plot follows the resurrection of the world’s first mutant; the aptly named Apocalypse who’s played by Oscar Isaac. Of course, he’s never referred to by this name but you get the picture. Following the events of X-Men: Days of Future Past, Mystique (Jennifer Lawrence) has become a symbol of hope for mutants after she appeared to thwart Magneto (Michael Fassbender). 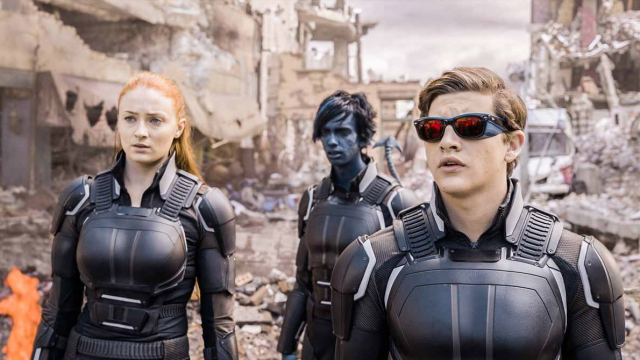 Meanwhile, Apocalypse is leading his own recruitment process by adding Storm (Alexandra Shipp), Psylocke (Olivia Munn), Angel (Ben Hardy), and Magneto, whose family is killed yet again, to his ranks. Xavier’s new mutants help Mystique, Beast (Nicholas Hoult), and Quicksilver (Evan Peters who is ridiculously entertaining in this role) battle against Apocalypse and his four horsemen.

From the plot alone, it’s easy to see that there are a lot of characters to keep track of throughout the film. This is where it helps to see the original trilogy first because then you’ll already be aware of Xavier and Jean’s relationship, Jean and Scott’s relationship, as well as each new mutant’s individual talents. If you haven’t seen the original films, these things might all seem very sudden.

Magneto, of course, plays a big role once again and it can’t be said enough how awesome Michael Fassbender is as the character (and every character he has played in his entire career for that matter). If any mutant is limited in this film, it’s Storm. You see her use her powers probably about two or three times in the entire movie and she barely gets any character development. Also, she now has an accent which she apparently is able to drop once she becomes Halle Berry in the films set after this one. Talk about superpowers…

Oscar Isaac as Apocalypse steals every scene he’s in. He is a somewhat soft-spoken villain who is menacing in his words and mannerisms. His speeches and his ruthlessness unquestionably shine and when he does actually raise his voice, it’s with meaning and is terrifying. In saying this though, there are a lot of times where he feels a little shortchanged and you wish there was more of him in the film. 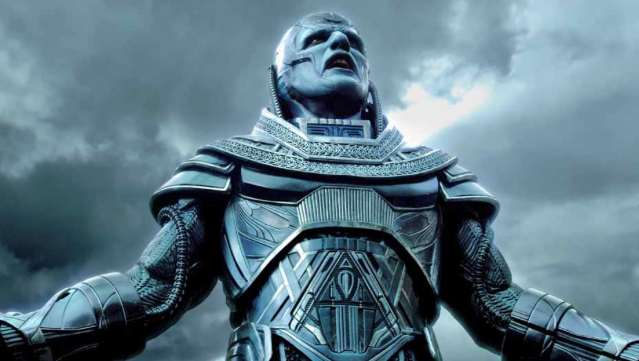 While Apocalypse is the main villain, there are just too many storylines to follow for him to get more screen time. To sum things up quickly, the film must introduce Apocalypse, re-establish the characters from the previous films, add in new characters, show Apocalypse recruiting his henchmen, create a conflict between heroes and villains, and have a final battle. Even with a two and a half hour runtime, that’s a lot to include in one film. Surprisingly, it’s mostly done pretty well but it’s definitely not done perfectly. While it would be nice to see more of the villain, the screen time he has is rarely wasted.

One of the biggest problems with the storyline in general stems from “the four horsemen” gimmick. As powerful as Apocalypse is, he just doesn’t seem to need these other characters. On top of that, it really doesn’t take much coaxing for Storm, Psylocke, Angel, and Magneto to join him. They all just kind of accept that he wants them and they just go along with it. Storm is the only character that really seems like she had been brainwashed by Apocalypse. The others agree without confrontation.

As a whole, X-Men: Apocalypse exceeded expectations but, frankly, they weren’t very high. The trailers made the film look like it could result in another gigantic mess similar to The Last Stand. That isn’t to say that Apocalypse is perfect by any means, far from it, but the entire two hours and twenty-four minutes is entertaining from front to back. Quicksilver’s slow-motion sequence is one of the best sequences of any X-Men film and it’s great to see Hugh Jackman return as Wolverine in a brief cameo.

The main problem with this film is the same as it was with Days of Future Past: where does the series go from here? None of the events ever seem to hold any serious weight in this prequel/crossover trilogy. On another note, is this trilogy even leading up to the events of the original X-men film anymore? With Wolverine’s storyline, it appears to but then how do you explain Storm and Jean having to find Nightcrawler, a mutant they’ve never met before, in X2? It’s unfortunate that Twentieth Century Fox decided to muck up the timeline so much with Days of Future Past.

With this film being called Apocalypse, you’d think it’s the end despite also being a character’s name. Well, this film didn’t feel like an apocalypse and you can be sure that there will be another sequel as long as this franchise keeps raking in money. Ultimately, the film is fun, entertaining, has really great acting, and some quality action sequences. As previously predicted on this site, X-Men: Apocalypse falls right in between Batman v Superman and Captain America: Civil War and, in this case, that’s not necessarily a bad spot to be.