While the horror genre is often defined by remakes, reboots, and sequels, the majority of them were adapted from American productions prior to the turn of the century. After studios and filmmakers ravaged all the properties they could get their hands on, they needed to reach elsewhere for some new blood. It was the 2000’s that brought about a slew of Asian horror remakes. Many, like Pulse, The Eye, and One Missed Call, were poorly made from the start. Others would receive a pile of sequels that decreased in quality with each subsequent release. However, we’re not here to talk about the bad remakes. We’re here to talk about the good stuff. In 2002, The Ring was released in theaters and began the Asian horror remake craze in North America.

In all honesty, it’s not really a surprise that The Ring was the film to start it all since it’s really the best of the bunch. The 2002 film is a remake of Hideo Nakata’s 1998 J-horror classic, Ringu. Nakata’s film is an adaptation of Kôji Suzuki’s 1991 novel of the same name. That film spawned a poorly received sequel, Rasen, which was essentially retconned by a new sequel, Ringu 2, that didn’t adapt any of Suzuki’s novels. In 2000, a prequel, Ringu 0, was released focusing on the early life of the villainous character of Sadako. The Japanese series also produced two television series. The American remake of The Ring hit theaters in 2002 with a sequel, The Ring Two, following in 2005. The sequel marked the return of Hideo Nakata to the franchise but, like Rasen, The Ring Two was poorly received both critically and commercially. It took 12 years for another sequel, titled Rings, to be released. Though, we’ve already addressed everything wrong with that film in our In Theaters Review of it.

The Ring opens with two teenage girls, Katie (Amber Tamblyn) and Becca (Rachael Bella), watching TV. They discuss an urban legend-esque video tape that kills the viewer seven days after watching it. Katie claims to have watched the tape and subsequently dies under mysterious circumstances. Katie’s mother, Ruth (Lindsay Frost), urges her sister, journalist and single mom Rachel Keller (Naomi Watts), to investigate Katie’s death. The request leads Rachel to Shelter Mountain Inn where she discovers and watches the cursed video tape. Rachel receives the phone call that she will die in seven days and soon seeks help from her ex boyfriend, Noah (Martin Henderson). Together, the two set out to solve the mystery of the video tape’s creation and how to avoid certain death. Rachel also discovers that her young son, Aidan (David Dorfman), suffers from the existence of the tape as well.

The plot of the film is actually very, very good. In the case of many horror movies, there’s an interesting idea at its core with gore, body count, and shock factor being the main attractions. That’s not the case with The Ring. It’s similar to something like Seven where there’s a legitimate story being told. The terrifying revelations that the characters experience are what make these films so unnerving. In the case of The Ring, Rachel serves as a pseudo-detective trying to solve a long running mystery. The closer she gets to her expiration date, so to speak, the more she uncovers about the complex and lamentable past revolving around the video tape. 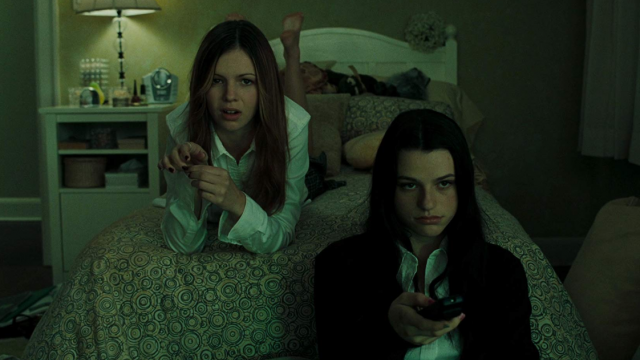 One of the things that really makes the film tick is its excellent cast. From top to bottom, everyone is in good form. Minor roles such as Amber Tamblyn’s Katie and Rachael Bella’s Becca are well written and memorable. Even after the plot shifts, the specter of Katie looms large throughout Rachel’s quest. David Dorfman does a solid job as the token “creepy kid” that became the norm in horror at this time. He provides Rachel with relevant, yet seemingly trivial, information that helps her progress through the story. Martin Henderson also adds a lot to the film and is a good partner-in-crime for Rachel. There’s no doubt that The Ring was a breakout vehicle for British actress Naomi Watts. She’d go on to star in films like 21 Grams, King Kong, Birdman, and countless others in major roles. She has even landed two Oscar nominations and, given her performance in The Ring, you can understand why she has had such success. Though, perhaps the most underrated performance in the film comes from veteran actor Brian Cox as Richard Morgan. Not unfamiliar with chilling performances, Cox makes the most of his brief screentime in one of the most eerie and damning scenes in the entire film.

The Ring also gives horror fans one of the most iconic villains of the early 21st century in Samara Morgan, played by Daveigh Chase. The only other one from this time period that may trump her is Tobin Bell’s John Kramer/Jigsaw from the Saw franchise. Even though this film is seventeen years old at this point, we won’t ruin Samara’s story in this review. Though, the character must be discussed. In the film, she isn’t really mentioned all that much until quite a ways in but she certainly makes her presence felt. It was most likely the character’s marketability that got The Ring Two made and it certainly played a part in the lengthy struggle to get Rings in theaters. There’s nothing else about the latter film that would really attract an audience in 2017. The reason Samara worked so well in the 2002 film was because she was a tragically misunderstood character. Rachel’s dedication to revealing her story was, ultimately, the emotional crux of The Ring. 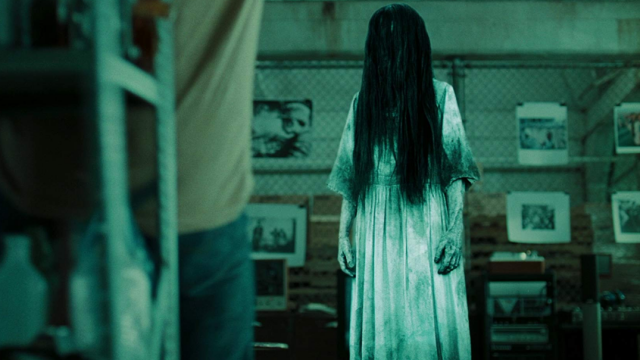 Where The Ring really excels, though, is in its atmosphere and cinematography. This is a beautifully stark film and all the better for it. The chilly blue hue is accentuated throughout the entire runtime. Couple this with the rainy and overcast Seattle weather and the unsettling look of the film is perfected. There are a ton of outdoor scenes covered in dense fog that define the bleak looking Moesko Island where much of the film takes place. In some cases, vibrant color shows through (i.e. sun through the creepy little tree at Shelter Mountain) which only adds to the eeriness for how out of place it is. Everything about the cinematography is ominous and distressing but in the best way possible. We also can’t leave out the score from Hans Zimmer. The composer has a lot of iconic film scores under his belt including The Lion King, Gladiator, and Christopher Nolan’s Dark Knight Trilogy. Yet, The Ring features some of his most underrated work. The haunting strings and dissonant screeches perfectly complement the film’s grim visual style.

What else is there to say about The Ring? It’s definitely right up there with films like The Thing, The Fly, and Dawn of the Dead as one of the best horror remakes ever made. Director Gore Verbinski parlayed his success on this film into three extremely successful Pirates of the Caribbean films but The Ring may be his true crowning achievement. It’s a different kind of horror film and one that can stand on its own away from the original. Yes, Ringu is a classic in its own right but the slight changes and perfect atmosphere make the 2002 film the best way to watch any film dubbed Ring. There will always be the faithful who stand by the Japanese film but Verbinski’s is truly on another level in every aspect. If you’ve never seen The Ring, what are you waiting for? Go watch it.