Last month, we reviewed Bo Burnham’s feature length directorial debut, Eighth Grade. There, we criticized the heavy focus on young teenagers being attached to their devices as well as social media. While that has certainly become a reality here in 2018, the concept may be lost on people who didn’t necessarily grow up during this time period. Coincidentally, another first time feature director has tackled the idea of technology and social media being a way of life in the early teen years. Aneesh Chaganty’s film, Searching, is almost a companion of sorts to Burnham’s Eighth Grade. Although, in this case, the intended audience is much broader and spotlights platforms such as Facebook as a tool instead of a pastime.

In addition to directing the film, Chaganty also co-wrote the screenplay with Sev Ohanian. It premiered at the Sundance Film Festival in January. There, it won the Alfred P. Sloan Feature Film Prize and the Best of Next Audience Award. The distribution rights were eventually picked up by Sony. Oddly enough, Searching is also the first mainstream Hollywood thriller to star an Asian-American actor.

The film sees the struggles of David Kim (John Cho), a single father whose teenage daughter, Margot (Michelle La), goes missing. As the film begins, you see David reminiscing by watching home videos of his daughter and late wife, Pam (Sara Sohn). Following Pam’s death, David’s relationship with his daughter becomes more distant and their line of communication dwindles. After a supposed night of studying, David awakes with three missed calls from Margot. As the day wears on, David becomes angry that Margot apparently went on a camping trip without informing him and, later, increasingly worried when he discovers that she never went on said trip. With help from Detective Rosemary Vick (Debra Messing), David scours his daughter’s devices and social media accounts in hopes of finding anything that potentially leads to her disappearance.

For many people, John Cho isn’t a household name. Though, he has made appearances in a ton of different films over the years. He has had roles in numerous different television shows as well as the American Pie series as John AKA the “MILF” guy. Perhaps his most memorable roles came as Sulu in the rebooted Star Trek films and as Harold in Harold & Kumar Go to White Castle and its sequels. As David in Searching, Cho shows exceptional range. When Pam is still alive, there’s light and happiness. Of course, that changes with her death. He continues to be a loving and caring father but there’s a distance put between himself and Margot. Both he and his daughter become strangers living in the same house with forced and/or awkward interactions following their devastating loss. He’s also able to realistically portray anger, betrayal, and focus as the film continues. 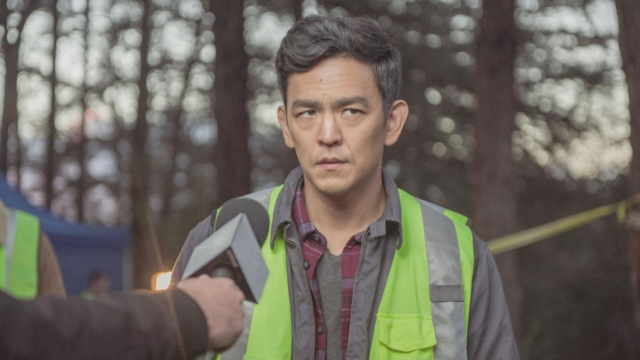 The most unique thing about Searching is in its style. It was shot and assembled entirely from the point of view of computer screens, smartphones, and other media devices. All of the interactions between characters are on FaceTime or through video recordings and cameras. We’ve discussed the problem with found footage films numerous times on this site but, luckily, none of those issues arise with Searching. The plot doesn’t require you to be led by someone with a camera filming every event. Chaganty and team did a fantastic job engulfing you in the world of the film by way of media. They even threw in Easter eggs galore that viewers can pick up on with a sharp eye. In fact, the entire mystery behind Margot’s disappearance can be solved simply by watching and reading seemingly minute details in the background.

The mystery itself is extremely captivating as well. Starting off, you have absolutely no idea what happened to Margot. You learn things as David and others tend to learn them. Although, as previously mentioned, if you pay attention to detail, you’ll sometimes pick up on the mystery before the characters themselves do. It’s not overly difficult but you must definitely be observant. Even so, the plot brings you through so many twists and turns that you do start to question each and every person in the same way that David does. While David sometimes goes to extreme measures as he forces accusations, you understand his plight. In addition, he usually does have reason to believe something fishy is happening even if the accused ends up being innocent. 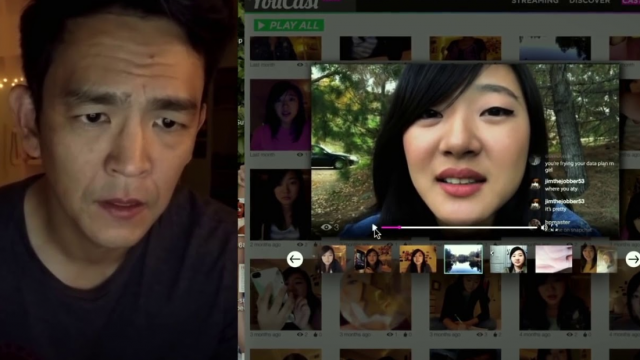 For as much as the mystery behind Margot’s disappearance and discovery of her secrets keeps you enthralled, Searching does get a bit carried away by the end. There’s so much misdirection at times that you’re ready for a definitive ending after a while. Just when you expect the film to start wrapping up, another wrinkle is added to the story. Yes, it does make for an exciting experience overall. However, the charade maybe goes on the slightest bit too long. Of course, we won’t ruin the ending here but it’s probably the most questionable part of the entire film. It’s not necessarily bad but it does stretch the imagination. That being said, if you’re looking to solve the mystery, it can be done before the end. Searching, for lack of a better term, for information truly is part of the fun in this film.

Searching is somewhat of an anomaly. There are plenty of found footage films out there but this is unlike every one of them. It never actually feels like you’re watching found footage. This is as cinematic as it can get when watching a story unfold via computer screen. John Cho gives the performance of a lifetime as a parent in distress and there’s great acting from everyone else involved too. In terms of thrillers, it’s like Changeling, Gone Baby Gone, or Mystic River mixed with something like Ingrid Goes West. For what it is, Searching is truly a unique experience that’s surprisingly well made. Unlike most films with an emphasis on technology, this one expertly utilizes it instead of simply making fun or citing the dangers of it.