There’s just something about heartbreak, tragedy, and forbidden love that’s intoxicating to witness. From classic titles like Romeo and Juliet to films like The Reader, doomed romances are like a car crash in which you can’t look away. As some of you may know based on our Top 10 list from 2018, we especially love them here on Cinema Smack. Most recently, Danish filmmaker May el-Toukhy’s new film, Queen of Hearts hits viewers with an emotionally thrilling tale about a controversial romance with its own unique spin by the end.

The film follows a successful child abuse lawyer named Anne (Trine Dyrholm). She and her husband, Peter (Magnus Krepper), live a mostly normal life with their twin daughters, Frida (Liv Esmår Dannemann) and Fanny (Silja Esmår Dannemann). Then, Gustav (Gustav Lindh), Peter’s troubled son from a previous relationship, moves in with the family to rebuild his relationship with his father. After a shaky start, Anne gives Gustav an ultimatum to either become a contributing member of the family or face the consequences of his recent actions. Gustav opts for the former to which Anne responds by eventually seducing him and putting her family and career in jeopardy.

The plot of Queen of Hearts is straight forward enough and isn’t necessarily anything new on paper. There have been countless films based on infidelity over the years. Even the idea of partners with a large age gap between them has been touched on before with films like American Beauty, Fish Tank, and the aforementioned The Reader. That being said, Queen of Hearts is perhaps a more realistic take on this type of romance and the toll it takes on everyone. Whereas the other films have a creepiness but also some heart, Queen of Hearts often just feels wrong. From Anne’s job as a child abuse lawyer, her mostly normal relationship with her husband, all the way to Gustav’s brotherly relationship with his half sisters, the budding relationship between the two is toxic and potentially harmful to everyone. 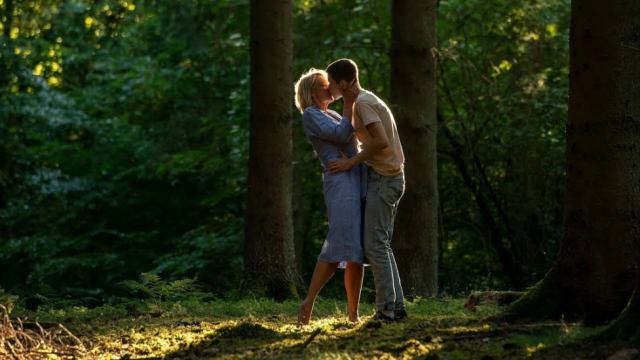 The biggest difference between Queen of Hearts and some similar titles is how it portrays the relationship between Anne and Gustav. In many films with this type of forbidden love at the core, the audience will often root for the characters despite their unfaithful ways. There tends to be an issue in a marriage or a lack of connection that will cause a character to look for someone new. That’s not the case with this film. Instead, Anne’s marriage to Peter is mostly positive and the two even engage in their own sexual acts throughout the film. Anne still remains unfulfilled and latches on to her stepson anyway. However, things aren’t entirely cheery following their secret rendezvous either. Anne understands what’s at stake and treats Gustav more as a menace than anything despite her seducing him and not the other way around. It’s an interesting dynamic that isn’t typically explored in this particular way.

Much of the success that the film has in its relationships is due to its excellent cast. Trine Dyrholm as Anne is excellent. She’s likable and charming but isn’t afraid to cut into someone if need be. Anne’s job as a ruthless child lawyer frequently comes into play when handling Gustav but in the opposite way that it’s supposed to. For all of the children that Anne helps in her daily life, she uses reverse psychology on Gustav following his seduction. It’s pretty despicable but a very well executed character arc. Gustav Lindh does a great job in the film as well and his character is emotionally battered throughout the film and you feel for him every step of the way. Magnus Krepper is rock solid as Anne’s husband Peter as is Stine Gyldenkerne as Anne’s sister, Lina. Even with her limited screentime, Lina is the moral compass of the film and someone that viewers can identify with. 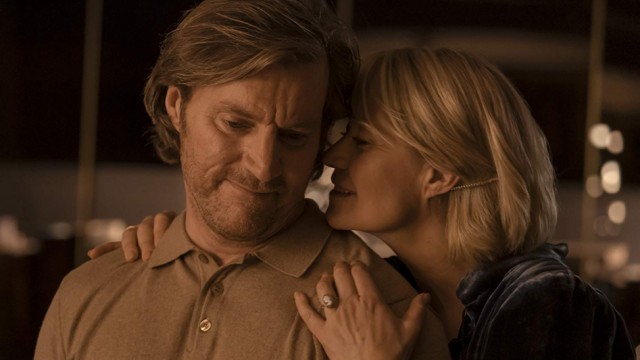 Like many indie and foreign language films, they can sometimes drag a bit in terms of length. That definitely rings true with Queen of Hearts. No, it’s never boring but there are some drawn out sequences that may aggravate some viewers. The film also lacks a definitive climax. The events do heat up and come to something of a point of no return but never really hit a big climactic encounter. For this type of filmmaking, it’s understandable but, again, it may not sit well with some viewers. Additionally, there are some graphic sexual scenes in the film that will be off-putting to some people. With a film like this, it’s to be expected. Though, if sex and nudity make you uncomfortable, you may want to skip this one.

Still, Queen of Hearts is a very well made film. There’s a lot of subtly great character work and the story is told well. It can be an uneasy watch at times with some of the sexual acts and mistreatment suffered by characters at the forefront. Yet, it still draws you in and leaves you wanting to see what’s going to happen to this family. The film was actually Denmark’s submission for Best International Feature Film for this year’s Academy Awards. Though it wasn’t eventually nominated, Queen of Hearts certainly warranted consideration given its challenging subject matter, effective storytelling, and powerful lead performance from Trine Dyrholm.