The twist ending has long been a staple of recent cinema. Over the past few decades, twist endings have almost become a norm since films like The Usual Suspects and The Sixth Sense used them to much success. In many cases, you may be able to see an obvious twist coming. Then, there are films that constantly employ mind-bending visuals and story that alter a viewer’s perceived reality of a film. MJ Arun Babu’s new short film, Phantasmagoria, does this extremely well and forces its audience to question its main character’s mental stability as well as what’s real and what’s fantasy.

Phantasmagoria sees an aspiring screenwriter, Vignesh (Vignesh Shanmugam) as his writing seemingly takes over his life. He receives a phone call from producer about a 10AM appointment to narrate his screenplay. After this, Vignesh has issues separating his real life from what he has written. He begins to see events from his screenplay take place in front of him and becomes paranoid that someone is trying to steal his screenplay. The lines of his reality are blurred as his paranoia reaches a fever pitch and he’s unable to understand what’s happening to him.

The film itself is set in Chennai, the capital of the Indian state of Tamil Nadu. The dialogue is in Tamil with English subtitles. Yet, there are no real cultural gaps that viewers have to worry about. The story is a familiar one but still unpredictable. The definition for “phantasmagoria” is a sequence of real or imaginary images likes those seen in a dream. The plot of the film focuses heavily on this definition by tackling things like dreams, paranoia, obsession, and mistaken identity. All of these are common themes in today’s thrillers and all of these things directly relate back to the definition. The film is like a mix of Inception, Fight Club, and The Machinist but doesn’t borrow too heavily from any of these titles. For the most part, the story is quite effective and Phantasmagoria‘s 14 minute runtime flies by as you try to decipher the protagonist’s reality. The plot keeps you guessing and will frequently leave you in the dark. In the case of this film, this is a good thing and it only heightens the overall experience. 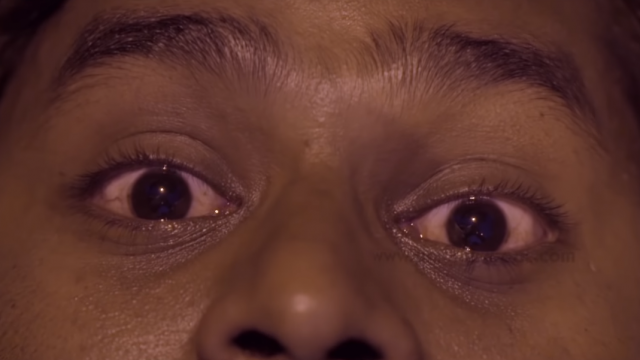 The storytelling by Babu is done extremely well. Upon a first viewing, Phantasmagoria is disorienting but not necessarily confusing. The visual twists are revisited multiple times during the film so that they become immediately recognizable and impactful. Throughout the film, viewers will find themselves questioning Vignesh’s sanity but it’s also easy to believe him as well. There must be something afoot that’s influencing the odd chain of events even if it’s inexplicable to him. Upon repeat viewings, this is even more prevalent. It’s somewhat hard to explain why an audience should support an unreliable main character but Babu’s execution simply makes it so.

When it comes to the look and sound of the film, Phantasmagoria is superb. The strip of highway where much of the story takes place has a distinct look and never feels generic. The cinematography is great throughout and the camera seemingly never remains still. In many cases, low budget short filmmaking has a limitation of space which filmmakers must make up for with camera angles and movement. While Phantasmagoria certainly boasts some impressive camerawork, the world of the film feels wide open with its use of multiple outdoor locations. Some short films feel confined but this one seems like an isolated story within a bigger world or potential stories surrounding it. Over a brief 14 minutes, you get a feel for Chennai and would like to experience more of this story (or others) from the region. In addition, the soundtrack from Aravind Raghunath is awesome. It’s suspenseful, dramatic, and perfectly fits the story and tone of the film. There’s rarely any silence and, if there is, it’s extremely brief. 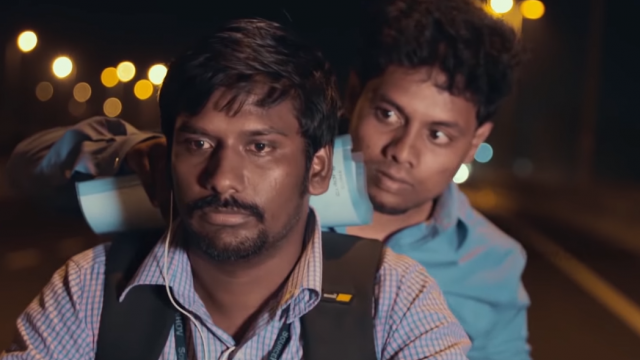 There really aren’t any negatives to the film as it’s well acted and directed, looks and sounds great, and brings you on quite a ride over its brief runtime. Though, to get extremely nitpicky, it’d be nice to have a little more context. Where does Vignesh’s obsession come from? What’s the story that he’s trying to tell? What’s the mystery behind his screenplay? His friend must’ve read it since he comments on wanting to steal it. Yet, that’s called into question later when Vignesh’s friend doubts that he ever actually wrote one. Again, none of these things are entirely necessary to tell this story but some more insight may have helped to maximize the overall experience of the film. Then again, maybe things are better left up to interpretation.

MJ Arun Babu’s Phantasmagoria is a film that actually seems to get better the more you watch it. After a first viewing, you’ll find yourself thinking it’s pretty good. After repeated viewings, you grow to appreciate the filmmaking technique, the subtlety, and the intentional repetition that Babu uses to tell the story. It’s a somewhat familiar tale in an unfamiliar world and it’s told in an intriguing way. If this is a sign of things to come from Babu, then viewers should sign up for anything else that his name is on. With Phantasmagoria, Babu has created a mind-bending story that short film and indie fans won’t want to miss.