We’ve covered many short films on this site with awkward and/or strained male-female relationships at their core. Films like Yalan Hu’s Doll It Up are played for laughs while others like Joseph McGovern’s Hush take their subject matter more seriously. Nicholas Goodwin’s short film, Shadow, falls into the latter category and, frankly, shares a number of similarities with McGovern’s film while being viewed from a different vantage point.

Shadow stars Revell Carpenter as Jane, a shy and innocent college student. She develops an obvious crush on Allen (Kumasi Hopkins), a fellow student who doubles as Jane’s calculus tutor. While Allen seems to share an interest, it’s never explicitly stated and causes confusion for Jane. Allen’s roommate, Will, who’s played by the writer/director Goodwin, is immediately attracted to Jane despite already having a girlfriend, Jessica (Samantha Morias). Regardless, he convinces Allen to invite Jane to their party that night where Will, not Allen, has something up his sleeve for the vulnerable Jane.

The story is told quite effectively in a non-linear style. There are plenty of films that embrace this type of storytelling. Films such as 21 Grams and Eternal Sunshine of the Spotless Mind, both of which spotlight rocky romances, come to mind while watching Shadow. The film opens with Jane in her car unsuccessfully trying to reach Allen before she heads into the unfamiliar party. Then, we flashback to the events leading up to Allen inviting her to the party. There’s never a point that the story gets confusing due to its method of storytelling. Marcus Johnson pulls double duty as the Director of Photography and editor and is efficient in both roles. Specifically, the editing remains tight throughout the film and always keeps the story moving along. 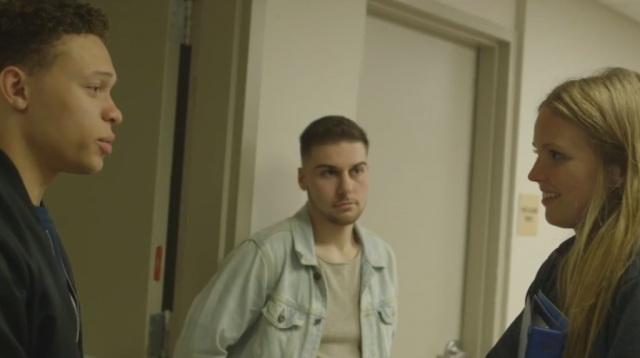 There’s a lot of chemistry between the characters as well. This is especially true between Allen and Jane as well as Allen and Will. The sexual tension between Allen and Jane emits a sort of “will they/won’t they” vibe during the brief screen time between the two. It’s genuinely hard to tell if Allen is into Jane the way that she’s into him even if there does seem to be an attraction there. In addition, there’s an air of mystery to Allen as his story isn’t fully told during Shadow‘s twelve minute runtime. Allen and Will also feel very natural as good friends/roommates. Though Will isn’t the most savory individual by any stretch of the word, Allen accepts him as he is. Both Kusami Hopkins and Nicholas Goodwin do a good job interacting as the cocky college students they’re meant to portray.

The real question of the film is whether or not it adequately tells its controversial, uncomfortable, and all-too-real story. For the most part, the answer is yes. Frequent topics of discussion on college campuses are based around sexual assault, responsible drinking, and safety of students in general. Without giving away too much about the film, it feels almost like a public service announcement or a forewarning to new students about things to keep an eye on. Referring back to Joseph McGovern’s film, Hush, Shadow almost feels like a companion piece from the opposite point of view as Hush‘s main character. The issues presented in both films are relevant and Goodwin’s handling of them here is commendable. 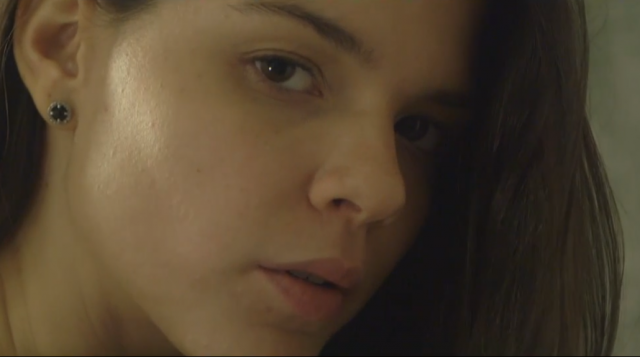 This also leads to the biggest problem with the film. During its most crucial dramatic scenes, Shadow devolves into something a bit too melodramatic. While there’s definitely a call for some emotional acting from its cast, it’s too heavy-handed and borderline eye rolling. It’s somewhat tough to evaluate these scenes as they are dramatic and address important issues. Though, the circumstances that the characters find themselves in feel like cliches and it makes it hard to take them as seriously as you maybe should. Similarly, the dialogue during the film’s turning point doesn’t feel natural like it does throughout the rest of the film. Again, it’s understandable that the film boasts some tough dramatic scenes but it still falls a tad short here.

Overall, there’s more to like than dislike about Nicholas Goodwin’s Shadow. Both Revell Carpenter and Kusami Hopkins deliver great performances with Carpenter being the true star in the film. On top of that, it’s very competently made with some nice camerawork and sharp editing. If it wasn’t for the unnatural and melodramatic feel of its most gripping scenes, Shadow would be highly recommended. As it is, it’s still a fearless attempt at tackling some serious issues and is capable of opening up a dialogue on them.