In a time when the United States of America has been so divided, it’s sometimes hard to remember that it wasn’t always like this. As a matter of fact, it wasn’t all that long ago that the country was united in patriotism. Just under 20 years ago, the terrorist attacks on the World Trade Center towers rocked the nation and left its population stunned. Yet, the horrible act that claimed the lives of nearly 3,000 people brought a semblance of unity to the country. Writer/director Rob Levinson recognizes this and helps viewers remember their own version of events and subsequent feelings with his recent short film, Where Were You.

The film follows disc jockey Paul Lavigan (John Campeau) who’s going through the usual morning routine on his radio show. Suddenly though, Paul and his crew witness a plane crash into the North World Trade Center tower and just so happen to be taking a call from someone stuck inside. From here, Paul tries to provide comfort to the caller, Lorelai (Amy Thomason), who’s trapped in the WTC’s elevator and unaware of the events unfolding. The attacks deeply affect those who bear witness, including the self-centered Paul, and change the course of everyone’s lives.

While the story of Where Were You is fiction, it’s not difficult to see this scenario occurring on this particular day. When the first plane struck one of the WTC  Towers, no one was able to comprehend what happened. Once the second one hit the South Tower, people began to understand that these were planned attacks. Levinson’s film does a good job of bringing viewers back to a tragic watershed moment in US history. Even though you’re watching characters living through their particular moment, viewers will find themselves thinking about where they were and what they were doing when receiving such horrific news. This is only one story out of millions and everyone has their own memory of the terrorist attacks that will stick with them forever. 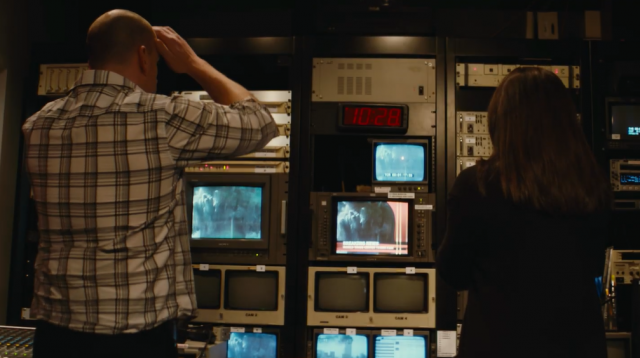 This is probably Where Were You‘s best asset. Despite being about a depressingly low point in history, the film’s able to stoke a patriotic fire in its audience. It takes you back to a time when the country was actually being pulled together instead of torn apart as it has been recently. There’s a lot of heart in Levinson’s film and, when things get going, there’s a sense of urgency and desperation. It also serves as a reminder of how much things have changed in the past two decades. September 11th, 2001, is a date that was never to be forgotten and it almost seems like people treat it as only a distant memory. Twenty years isn’t a very long time and the country has lost much of its feelings of unity and togetherness in that brief span. Let’s hope that this time it doesn’t take a national tragedy to get some of it back eventually.

While Levinson’s Where Were You does inspire hope, goodwill, acceptance, and understanding, it does come with some filmmaking issues as well. Firstly, the film is shot very nicely but it’s confined mostly to the radio station and elevator. There are some obvious green screen shots at times and some questionable fade ins/outs that occur during scenes that seem out of place. Also, for being a film centered on 9/11, there’s very little footage used of the actual terrorist attacks. Most of the shock and awe of the event is just reflected on the faces of the cast instead of viewers actually being able to see what the characters are reacting to. Of course, the images of the explosions and subsequent collapses should be burned into the minds of nearly every US citizen by this point. Though, the emotional weight of the story that Levinson is trying to tell kind of hinges on what’s going on with the towers at any specific time. It’s a bit of a challenge to get fully invested in the characters as they feel distant from the event even though they’re supposedly looking right at it. 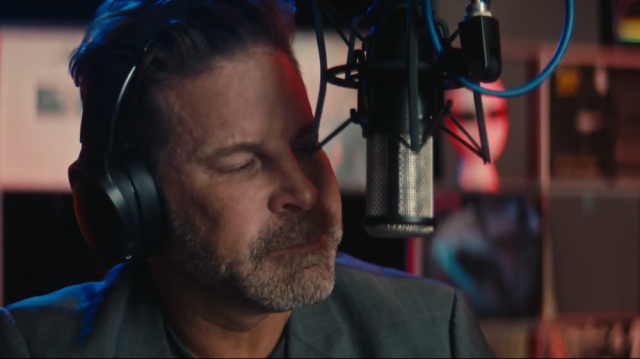 However, the biggest issue with Where Were You is that it’s either far too long or far too short depending on how you look at it. There’s a lot of time wasted in the beginning of the film as it’s being set up as just another normal day. In a feature length film, this would be fine as characters, locations, and events are introduced that will eventually become important later in the film. In a nearly 40 minute short, it feels more like you’re just waiting for the film to actually start. It takes almost 11 minutes to get into the meat of the story and, like Paul’s radio show, there’s a lot of “dead air” in between moments with nothing really happening. You can see what Levinson is trying to do here but it seems hollow within the context of this particular film.

Rob Levinson’s Where Were You isn’t without its flaws but its message and heart rise above its shortcomings. It’s the type of film that US citizens kind of need in this time of civil unrest and estrangement. The film does a good job of reminding viewers that hope is not lost even in times of tragedy or disagreement. Though the historical events that the film is based on occurred almost two decades ago, Levinson’s film still feels relevant in today’s sociopolitical climate. Whether you’re looking for a brief, touching story or a healthy dose of patriotism, Where Were You is definitely worth a watch.

*Where Were You is currently available for streaming on Amazon for Prime members. Check out the trailer below.*