Over the years, numerous slasher villains from the 1970’s and 1980’s have seen reboots come and go for their respective franchises. Big names like Halloween and Friday the 13th all the way to lesser known titles like Black Christmas and Prom Night have gotten the reboot treatment at one time or another. Even The Texas Chain Saw Massacre has suffered through multiple resurrection attempts. Though, there’s one iconic slasher that remains standing tall despite his diminutive stature. That’s right. Chucky the killer doll returns for the seventh installment of the Child’s Play series in Cult of Chucky.

In 2013, series creator Don Mancini wrote and directed Curse of Chucky which many considered a return to form. It had been eight long years since the abomination that was Seed of Chucky and the series had nowhere to go but up. Prior to the 2013 film, it had been rumored that Child’s Play would be getting the reboot treatment like many of its contemporaries. Even Brad Dourif, the quintessential voice of Chucky, was set to return. However, the decision was made to release a sequel instead and the original series now lives on.

Cult of Chucky follows the events of Curse of Chucky as Nica (Fiona Dourif), the paraplegic target of the murderous Good Guy doll in the last film, has been a patient at a mental hospital for the past four years. After being accused of the murders in Curse, she accepts responsibility despite being innocent. She’s then moved to a lesser security facility. Dr. Foley (Michael Therriault) introduces a Good Guy doll to group therapy sessions with Nica and a handful of other patients. As the film continues, the patients of the hospital start turning up dead with evidence pointing to Nica as the murderer.

Meanwhile, Andy Barclay (Alex Vincent), who made his return to the franchise in a post-credits scene in Curse of Chucky, lives in an isolated cabin. Here, he keeps the living head of Chucky in a safe and continuously tortures him through various methods. Throughout the film, you see Andy as he tries to convince Nica’s doctors of her innocence. While he’s not the focal point of the story, he’s still an important character. 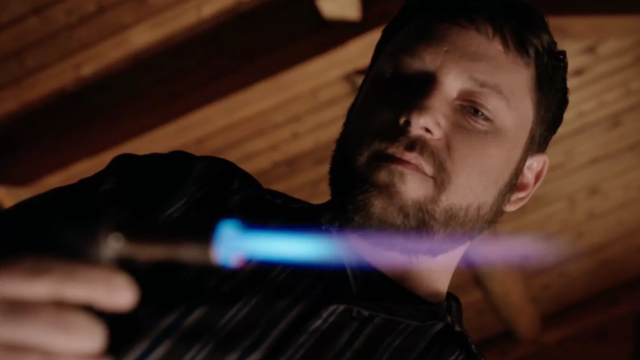 Cult of Chucky is an interesting film in that it essentially bundles Chucky’s past, present and future all into one package. The most important aspect of this is with its cast. With the original Andy Barclay, Alex Vincent, returning to the series along with Jennifer Tilly as Chucky’s significant other, Tiffany, and then Fiona Dourif as the franchise’s new heroine, Nica, the film simply feels complete. It’s as if all of the best things from the series have been combined for a big showdown. Any time that these characters make an appearance, your eyes are automatically glued to the screen.

One of the most notable things about the film, though, is its cinematography. While Curse of Chucky was impressive in its own right, this one is simply beautiful at times. There’s a chilly blue hue to its scenes that works perfectly with the stark, snowy, outdoor environments and the sterile look of the hospital. There’s a scene where Andy is driving his truck along a sprawling winter road that has some beautiful camerawork and looks just as good as anything you’d get from a big budget production. There aren’t many overly detailed sets but the visuals are still extremely appealing to look at. For a direct-to-video horror sequel, Cult of Chucky is nothing short of impressive.

While the cinematography is excellent, the same can’t be said for some of the other effects. Like its predecessor, this film has a few spots with ugly CGI. Without spoiling anything, there’s a scene where a window shatters that looks like something out of a cartoon. It’s understandable that this can happen with a low budget film but, if it doesn’t look good, don’t use it. The old saying that “less is more” is definitely applicable here. Also, the inanimate Chucky dolls look much better here than in the last movie. They’re more on par with the look of the original dolls in the first few installments. Though, the actual “Chucky faces” are still unappealing. The dolls were designed by Tony Gardner on this film and the two that came before it. For some reason, Kevin Yagher’s original design just worked much better. 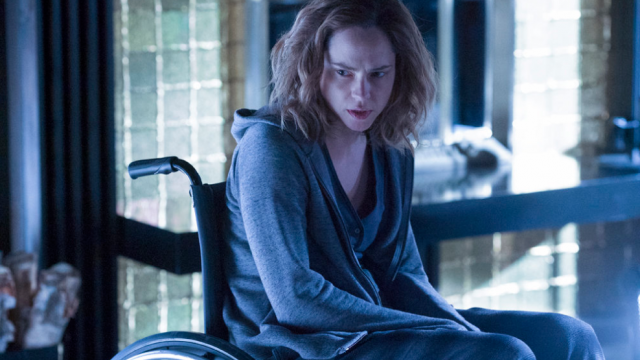 As for the story itself, the first half is extremely intriguing. While it doesn’t take as long for Chucky to come to life this time around, the killings and plot ramp up as the film continues. It takes quite a while before you fully understand what’s going on. It’s somewhat refreshing as you wonder what’s happening with Andy when Nica is onscreen and vice versa. The film always leaves you wanting more. That being said, though, the plot really gets bizarre even for a movie about a killer doll. It tries to get too crafty for its own good and the ending falls really flat because of it. While some fans may welcome some of these changes to the mythos and general rules of the franchise, they severely damage the intrigue and overall quality of this film.

On the whole, this is a much better Child’s Play movie than some of the others that came before it. That’s still not saying much especially given how much potential this film had. Coming off of Curse of Chucky, this one had potential with its cast, cinematography, and genuine horror feel. The series went back to basics and rekindled what made people fans of the original movies. Then, it decided to change the rules again. In a lot of ways, Cult of Chucky feels like Jason Goes to Hell from the Friday the 13th series. New plot elements are introduced that had no place in any of the previous movies. To do that this late in the game just doesn’t make sense. If you’re a fan of the franchise, Cult of Chucky is definitely worth a watch but it isn’t likely to be anyone’s favorite.