It’s May the 4th so you know what that means. It’s Star Wars Day! So, let’s go ahead and talk some Star Wars. As everyone should know by now, the Star Wars trademark is an absolute juggernaut. Movies, video games, books, toys, and every type of merchandise you can think of has had the iconic logo stamped on it at one point or another. Essentially, the franchise is a money printing machine. Once Disney got its hands on Lucasfilm back in 2012, it was only a matter of time before they announced new installments to George Lucas’s six part saga. What people may not have entirely expected were the additional Star Wars Anthology films that were announced soon after the acquisition.

To date, there have only been two new films released by Disney, Star Wars: The Force Awakens and Rogue One: A Star Wars Story. Of course, Star Wars: The Last Jedi is on its way later this year as well. Though, of the current two releases, Rogue One is the first, and only, anthology film. For those who have yet to see it, it centers on the rebels who steal the plans to destroy the Death Star and it takes place prior to the original Star Wars. It’s actually a really good film and it feels like a necessary piece of the overall story. It even made our Best of 2016 list last year. Yet, it’s hard to decide if we, as fans, actually needed it.

As with most things, it’s nice to know more details as opposed to less. This is true even outside the world of film. Yet, does Rogue One make George Lucas’s first foray into a galaxy far, far away any more pertinent? Does it change/raise the stakes for Luke Skywalker, Princess Leia, or Han Solo? To be frank, no, it doesn’t. Again, it’s a nice addition to flesh out some of the events that occurred prior to A New Hope. However, it’s not like A New Hope is difficult to understand without Rogue One. It’s a simple good versus evil story where the battle lines are quickly and easily established. 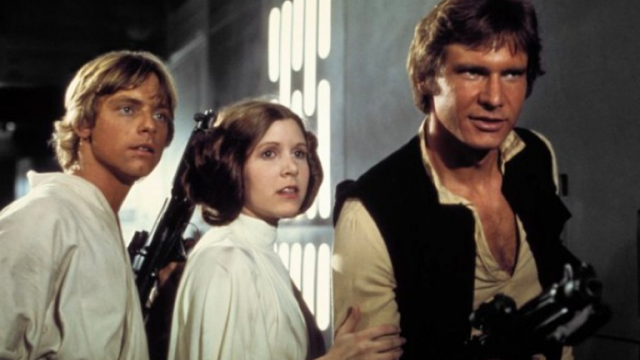 In fact, the entire saga plays out like that. Even when new characters, locations, etc. are introduced, as a viewer you’re able to accept them at face value. Take Han Solo for instance. It’s easy to figure out what kind of person he is based on his words and actions. Sure, he can be a scoundrel but you can tell he also has heart. What the original trilogy excelled at was creating characters that will last for all time. Even minor characters like Lando Calrissian and Boba Fett have been immortalized despite being relatively minor parts of the story. It certainly helps that the assembled cast were so good at bringing the characters to life as well.

All that being said, herein lies the issue with the upcoming Star Wars Anthology films. While die-hard fans of the franchise have certainly latched onto the characters as they exist within the saga’s main storyline, the Anthology series will go in a different direction. An origin story for Han Solo has already been announced with Alden Ehrenreich taking on the role of the smuggler. Again, do we really need a standalone Han Solo film? Harrison Ford is Han Solo and the character has already been fully fleshed out in Episodes IV-VII. If you were to guess, an origin story would focus on how he became a smuggler and his business with Jabba the Hutt. It just doesn’t feel like a crucial part of the Han Solo character.

On top of that, a third Star Wars Anthology film is set for release in 2020. One early rumor was that it was going to be about the bounty hunter, Boba Fett. He has always been a favorite of the Star Wars community even though he was never really given his due on film. This idea seems to be a bit more in tune with what an Anthology film should feature. However, Boba Fett is a villain. Opening up a villain’s backstory has been something that isn’t always the best idea. A number of horror remakes including A Nightmare on Elm Street and Rob Zombie’s Halloween tried this approach and both suffered poor results. Perhaps the best thing about a character like Boba Fett is that he’s a sort of enigma. Changing that could damage the character. 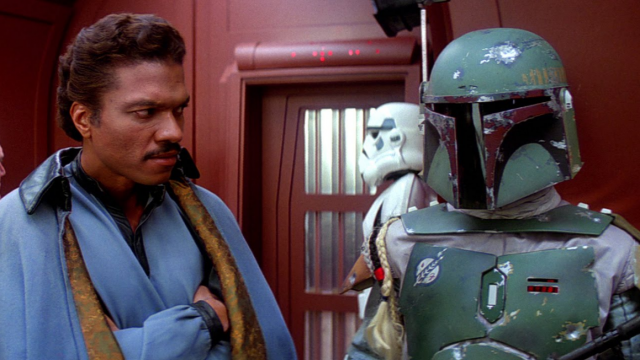 There is, of course, always the possibility that Disney and Lucasfilm know what they’re doing. With The Force Awakens and Rogue One, they knocked the ball out of the park. From the look of the first trailer for The Last Jedi, they’re going to do the same with that film later this year. Disney is a company that has always done good work with its properties and Star Wars is one of the biggest franchises of all time. There’s no question that maintaining, and enhancing, its integrity is a top priority for them.

There’s always going to be that lingering feeling that a new film every year is simply too much though. In addition, if Disney does intend to stick with Star Wars Anthology films, maybe origin stories aren’t the answer. Rogue One worked because it was a different story with many new characters. It didn’t mostly rely on old characters or recasting said characters. It was a supplemental film. There were a few familiar faces, as there should be, but the main story was about new characters. This could be the correct direction to go for the Anthology series. This way, the cast that we all know and love will be preserved and new heroes and villains can make an impact on the franchise. After all, even though it’s far, far away, the galaxy is a pretty big place with a lot of stories to tell.

3 Thoughts to “Do we really need the Star Wars anthology series?”